Tim Lovejoy and Simon Rimmer welcomed Tony Hadley onto Sunday Brunch this weekend. The presenting duo were interviewing Tony via video link on the Channel 4 show, while the Spandau Ballet musician chatted about some of his latest work and upcoming tours. But, the interview took a turn when Tony began suffering from some technical difficulties which caused Tim and Simon to burst out laughing.

Musician Tony was on Sunday Brunch chatting to Simon and Tim about some of his upcoming projects.

The singer is set to tour the UK next year, with concert dates lined up in March and May 2022.

But, his interview on the Channel 4 show quickly went awry when he fell victim to some technical issues.

Tony was speaking about some of his musical influences, when his video feed suddenly cut out. 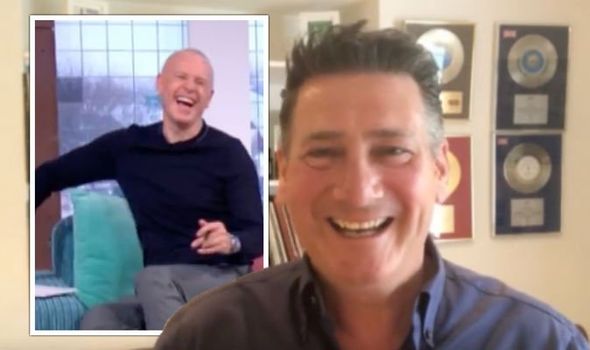 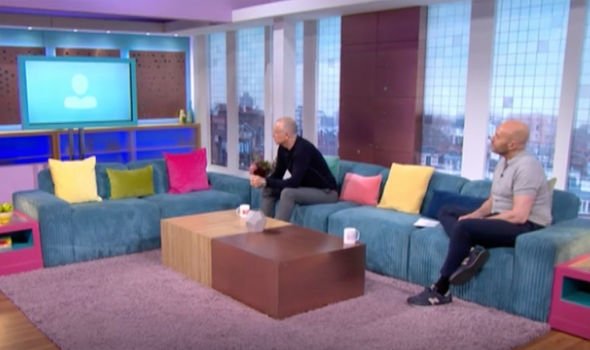 Quickly reacting to the technical error, Tim said: “Oh no. We can still hear you but I’ll tell you what we’ll do…”

Tony’s voice interrupted asking: “You can still hear me?”

“Yes. Let’s go to your video Tony if you can still hear us. This is your new single, it’s called Obvious,” Tim said.

Sunday Brunch then cut to a clip of Tony’s music video, but it wasn’t long before Tony’s tech problems were solved. 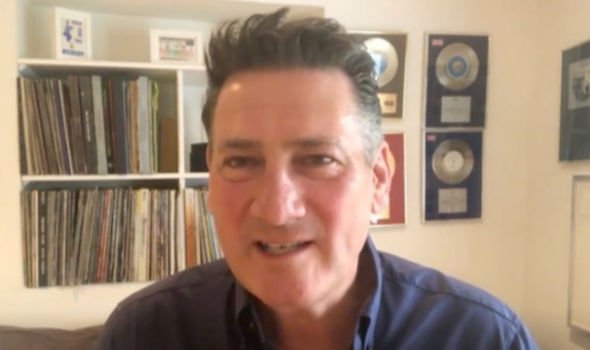 After watching the video, Tim welcomed Tony back as his video call issues seemed to be fixed.

“He’s back,” Tony replied, before explaining that the video cut out because he was getting a call from his son.

The Spandau Ballet singer revealed: “That was my son Mac, my youngest son Mac phoning me up to hopefully wish me happy Father’s Day.”

Tony then went on to give Tim and Simon an insight into his technology set up at home.

“As you’ve gathered I’m not very technical. I’ve got my phone literally gaffer taped to a bit of driftwood,” he confessed, causing Tim and Simon to burst out laughing.

Tony continued, saying: “Everybody thinks ‘oh TH is going to be, oh yeah, in a super duper studio.’

Many viewers were delighted to see Tony’s appearance on the show, taking to Twitter to share their thoughts on the singer’s interview.

“Tony is the Tonyist of Tonys #SundayBrunch He could only be a Tony. He’s talking pubs & banter. He’s a top Tony,” another viewer joked.

Sunday Brunch airs Sundays at 9:30am on Channel 4.