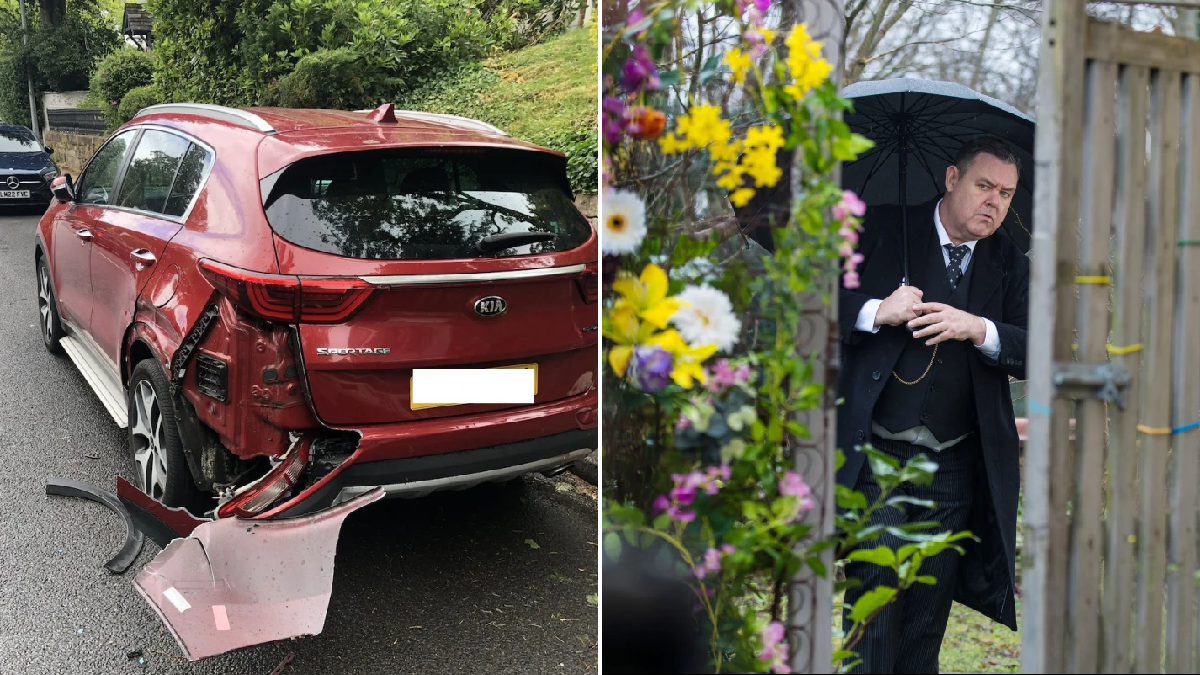 Coronation Street’s Tony Maudsley has issued a thanks to the two strangers who helped him out after a lorry smashed into his car.

The actor, known for his role as George Shuttleworth in the ITV soap, posted a message on Twitter alongside a picture of his damaged vehicle.

He wrote: ‘Huge thanks to the two workmen who saw a lorry bash into my parked car yesterday and then drive off! The dynamic duo then followed him in their own van and photographed his registration plate for me.’

Fortunately, Tony confirmed to followers in a couple of tweets that he was not in the car at the time, and the incident was reported to the police.

Oh that was done in the first 10 minutes.

Many of the replies to Tony’s tweet also pointed out how kind it was for the two workmen to help out, with one response saying, ‘Renews your faith in humanity!’.

Tony has played the role of George Shuttleworth since 2020.

George opened up to Eileen (Sue Cleaver), telling her that Frank’s bullying got so bad, he’d pretend to be unwell, so he didn’t have to go to school.