Stranger Things has held its position in the Netflix top 10 since it started airing as it quickly became the favourite season of the series. The supernatural drama welcomed Vecna (played by Jamie Campbell Bower) as the ultimate antagonist. The costume for the relentless killer took hours to perfect, and make-up artist Barrie Gower said he was apprehensive about his work.

Vecna has gone down in history as one of the most iconic TV villains in recent times.

The Stranger Things character left viewers on the edge of their seats as he showed no mercy.

The monstrous being from the Upside Down almost claimed the life of Max Mayfield (Sadie Sink) at the end of season four.

While fans thought he had been destroyed at the end of the season, he proved difficult to kill.

The evil character will be back with a vengeance in the show’s final outing in 2024. 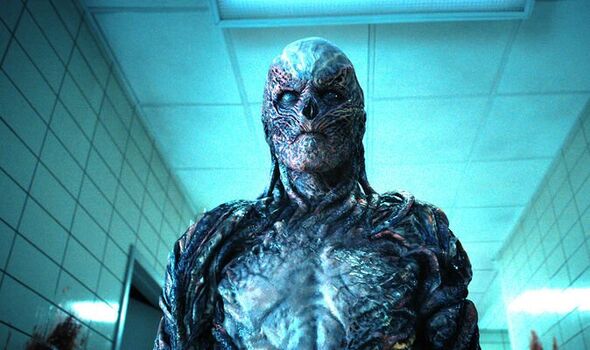 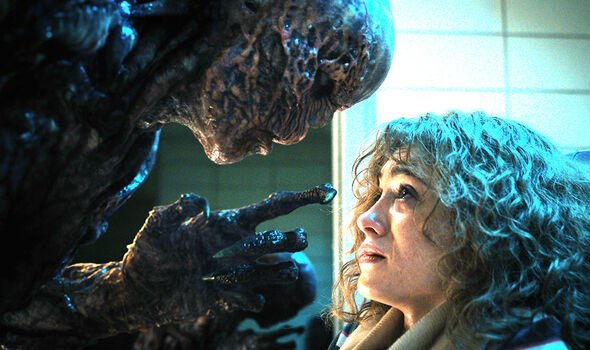 Make-up artist Barrie Gower and his team slaved over the Vecna costume for many hours.

The full-body prosthetics took more than eight hours to apply, and more than an hour to remove.

Barrie told Express.co.uk he was nervous about what viewers would think of the grotesque character.

He said: “The response really has been overwhelming, my team and I, we are super proud of the work we did on Vecna.

“I think prior to season four airing we were quite apprehensive because we were so engrossed and so involved in the shoot. 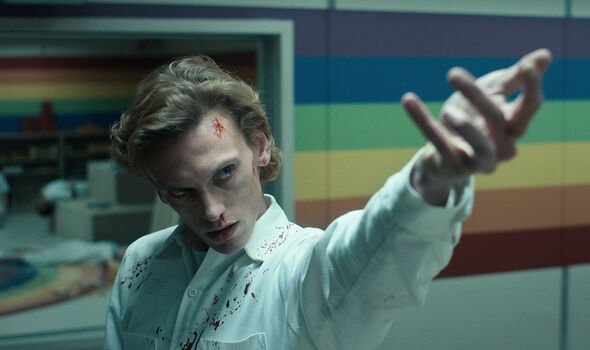 “And with there being that pride… it’s been overwhelming.”

He said he had been contacted by many people through social media praising him for the character’s look.

The star said the creators of the series wanted to draw inspiration from real-life anatomy.

He also used textures from the animal kingdom to create the head-to-toe costume.

Barrie added: “We looked at sealife references and vines and roots for patterns and the direction of things. 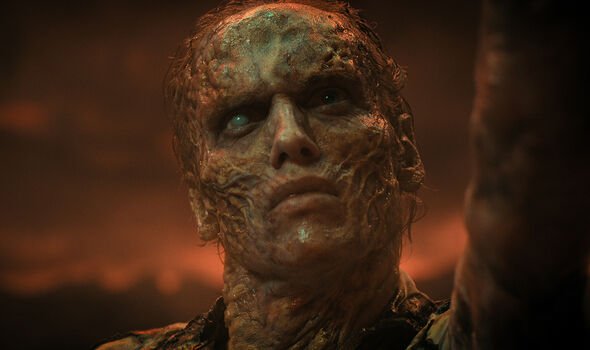 “They wanted a lot of nods to the world of the Upside Down, it was using a lot of their shapes and colours that had already been established.

“We just used the original concept art as a springboard to sculpt the prosthetics.

“Even though it’s very supernatural, we were using real-life references as well.”

Barrie praised actor Jamie Campbell Bower for being a good spot during the application process.

He explained how Jamie would enter a zen-like state to get into character.

The star would listen to heavy rock music in order to get into the right headspace to embrace Vecna.

Fans may also be interested to hear no technology was used to alter Jamie’s voice.

He was able to master the haunting voice by himself, as well as his American accent.

The actor is from London, and one of his first roles was in the film Sweeney Todd, starring alongside Johnny Depp.