Kelmscott Senior High School dropout Travis Michalzik's not exactly an ideal tourism ambassador, having already used his role on a hit US reality TV series not so much to talk about Western Australia's pristine beaches, glorious weather and cute quokkas, but to highlight its meth problem, pass out drunk in his budgie smugglers and tell a waitress to f— off.

The deckhand is a new cast member for the long-running Below Deck Mediterranean, which follows the drama aboard a multimillion-dollar mega-yacht whose crew serves up first-class service to wealthy guests. 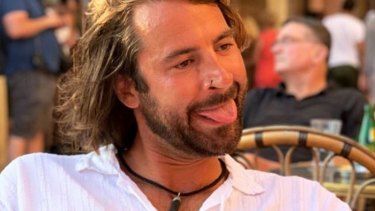 In the current series, Michalzik introduced himself to viewers as he sailed through the French Riviera.

“I grew up outside of Perth in a suburb and like, it’s got the highest incarceration rate in West Australia,” Michalzik said.

“It’s weird to see your friends who were like, just good people, like ‘oh, sick, they’re in jail’. Why? Addicted to the old meth. Yes, that is basically the quickest way out.”

In his first Australian interview, Michalzik told WAtoday he probably did mention WA's quokkas but it may have been edited out.

“The editing is crazy,” he said. “So I don’t know what they have left in. I don’t know how they edited what I said, but I read a couple years back that Armadale had the highest incarceration rate in Perth for drug-related things.

“I guess you know how big meth is in Perth.”

Statistics show WA is the meth capital of the nation and has the highest rate of imprisonment in the country, besides the Northern Territory. 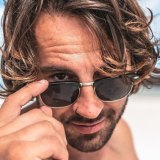 The Below Deck series has attracted a legion of fans including former model Chrissy Teigen, wife of super star John Legend, who described it as "one of the best shows on television".

But Michalzik claims he hasn’t even watched a minute of it, as it would be a waste of his time.

“So I couldn’t tell you what is what,” he said. “I would never watch reality TV with my time. So watching myself would just be the ultimate waste of time and also mega cringe.”

The lovable larrikin has certainly had some cringeworthy moments on the show, including passing out poolside, in his classic Aussie budgie smugglers, at a high-end resort in Monte Carlo.

He also passed out during a group dinner at the hotel’s restaurant, before drunkenly telling a waitress to f— off, insisting on opening a bottle of wine himself.

Michalzik, who also has a sensitive side, was involved in one of the show’s most controversial scenes, calling chef Mila Kolomeitseva a “classic Russian homophobe” after she criticised his nose ring and asked if another crew member, Jack Stirrup, was gay.

“I don’t want to see a man kissing in front of me,” Kolomeitseva said, while they travelled in a van together.

“I don’t want to see my son seeing two men kissing each other and thinking this is normal because this is not normal.”

Michalzik’s gained much praise online for his response:

“You should just shut the f— up. I will get out of this van, and I will never speak to you as a human being again,” he said. “Your opinion on gays shows your opinion on humanity, which is f—ing terrible, and I don’t support it. You absolute oxygen thief.”

Michalzik opened up about his own sexuality on the after-show.

“I know that now. But like, how are you going to know you don’t like something until you try it? It’s better to have a more interesting life and a more diverse life than just some beige, shit life.”

Michalzik has been in the yachting industry for eight years, after dropping out of Kelmscott SHS to “live life as a jokester, party boy ‘yachtie’ with a work hard, play harder attitude”, as his online bio says. 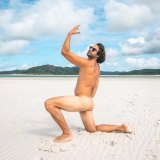 In June, ahead of the Below Deck premiere, he took to Instagram to prepare his 17,000 followers for his behaviour.

“G’day f—wits, just letting you know that I was a total dickhead on a boat filled with cameras and crew, then some sexy folks made one of those reality TV show things out of it,”Michalzik wrote.

“Embarrassment is only real when shared so get around it and #roast me, doing strange shit is good for ya.”

Michalzik’s antics have continued offscreen – he hit out at Instagram last week after the social media platform removed a photo in which part of his anatomy was showing, deeming it offensive.

Michalzik has since reposted the picture with the offending body part omitted.

“Someone fumed and pushed the report button,” he wrote.

“Anywho (sic) I took myself a second.”

Below Deck Mediterranean screens express from the USA on Foxtel’s Arena Channel and is available on video streaming service Hayu. The show has attracted up to 1.699 million viewers an episode in the US, where it airs on the Bravo cable network.