Disney is launching Star+ in Latin America in August, but Starz argues the new service’s name is too similar to StarzPlay

Starz is arguing that the name of Disney’s forthcoming streaming service is too similar with Starz, particularly its own streaming service StarzPlay, which operates in 58 countries worldwide and has been available in Latin America since 2019. Because StarzPlay and Star+ fall in the same category, Starz argues they are too close in name and will lead to customer confusion.

Back in April, Starz had challenged Disney’s attempt to register its trademark for the term “Star” in multiple territories.

“Disney’s decision to launch a standalone general entertainment streaming service under the name ‘Star+’ and rename its existing channels to ‘Star’ in Latin America — despite the prior existence of and trademark registrations for Starz’s own similarly named StarzPlay general entertainment streaming service — is extremely likely to cause customer confusion in the Latin American marketplace and infringes on Starz’s marks,” Starz said in the lawsuit. “Such customer confusion can be impossible to remedy and will likely only increase as Disney launches its marketing blitz in those regions.” 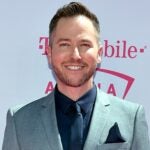 In most international territories, Star is folded into Disney+ as a content hub, much like Pixar, Marvel and Lucasfilm. In Latin American territories, however, Disney is breaking out Star into a separate streaming service called Star+, which is set to launch in late August.

Disney did not immediately respond to TheWrap’s request for comment on the suit. A rep for Starz told TheWrap that Disney has five days from today to respond to the Brazil lawsuit.

Disney had initially planned to expand Hulu oversees but changed course last year, and instead launched a new general entertainment international streaming service under the Star brand, an offshoot of Star India that Disney acquired as part of its $71 billion acquisition of Fox assets completed in 2019.

Star features a lot of the same content that Hulu does in the U.S.; Star+ is expected to include sports content from ESPN as well.

Disney has already launched Star as a content hub within Disney+ in 17 countries, including Canada, Australia, Singapore and throughout Europe. The company initially planned to launch Star+ in most Latin American countries in June, but that was delayed last month to late August. Star+ is priced at around $7.50 a month (or the local equivalent) or bundled with Disney+ at $9 a month.