Netflix’s documentary series The Toys That Made Us told kids of all ages the inside stories of toys like He-Man, G.I. Joe, Barbie, Transformers, Star Wars, Star Trek, Hello Kitty and LEGO. Now the first two seasons are on Blu-ray in a special edition with more toy stories that didn’t make it into the show.

You can find the boxes for ‘Star Wars: Revenge of the Jedi’ toys 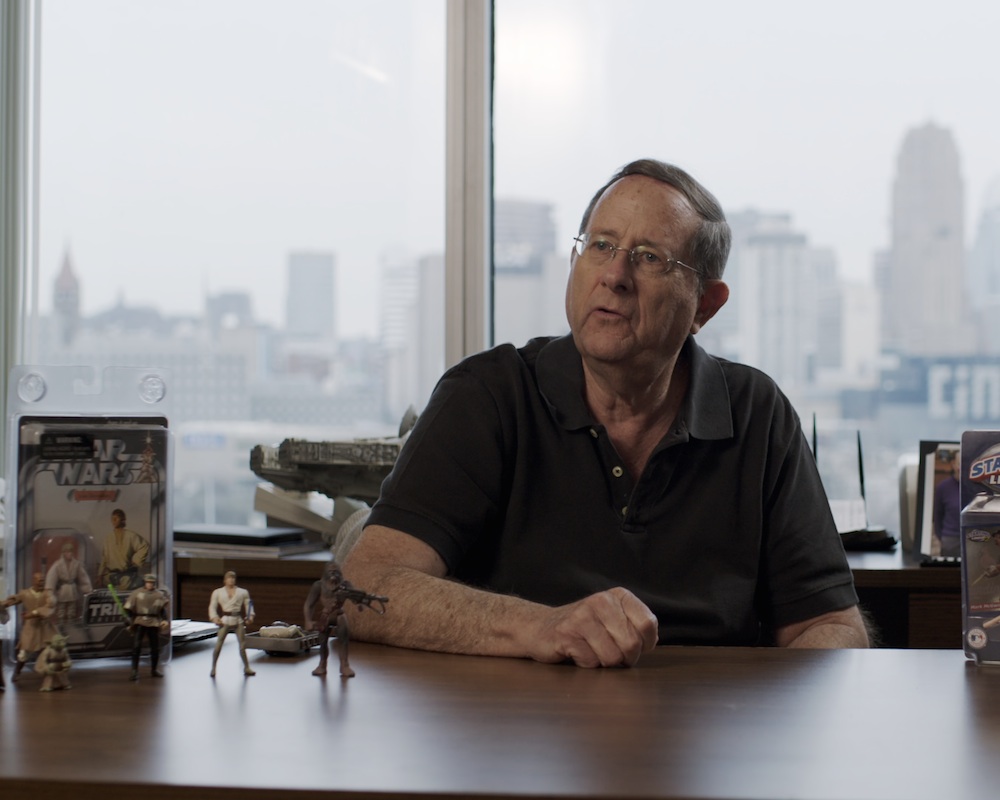 “One million toy on cards had to be destroyed under the auspices of Lucasfilm’s supervision,” former Kenner manager Corky Steiner said. “However there were some dumpster divers who would go into Kenner’s dumpsters after hours. Over the years, some of these found their way into the collector’s market.”

Any kid who played with G.I. Joe toys knows that they have to defeat Cobra Commander. There almost was no Cobra Commander. Hasbro hadn’t created bad guy action figures. Only Marvel, who was publishing a tie-in comic, realized they needed a bad guy for the Joes to fight.

“It was Marvel who came up with Cobra,” Toys that Made Us creator and executive producer Brian Volk-Weiss said. “All the Marvel people were talking to Hasbro and they were like, ‘Hey guys, so sorry. You forgot to send the bad guys.’ HASBRO’s like, ‘There are no bad guys.’ Marvel’s like, ‘We can’t do a comic book without bad guys.’ The entire history of GI Joe changed because of some random relaitonship between a comic book company and a toy company.”

Star Wars Collectors Archives editor Ron Salvatore tells the story of the second Droids line that was supposed to be produced in 1986.

“Part of that second series was a character named Vlix,” Salvatore said. “Now all of those figures in the second series were never made, Vlix included, in the united states. In the late ‘80s, a company called Glasslite in Brazil acquired the molds for some of those figures and produced a Droids line. Mysteriously, Vlix ended up being released in Brazil.”

Once every girl in America owned a Barbie doll, they didn’t need to buy any more so sales stalled. Former senior vice president of girls toys at Mattel Judy Shackelford was tasked with selling new outfits for Barbie dolls. She had the idea that outfits would not be sold separately, but rather along with a brand new doll.

“To increase the Barbie business by raising costume sales, that’s the razor blade theory,” Shackelford said referring to selling refill blades for razors. “I didn’t think I could do that because I didn’t know how to make any little girl want an outfit more than she wanted another doll. I had to turn the razor blade theory on its head.”