The Star Wars sequel trilogy has slowly fractured the massive fanbase in recent years for various reasons. It began when some critics called The Force Awakens a rehash of A New Hope. But it was Rian Johnson’s The Last Jedi that really sparked divisiveness among fans. Episode IX The Rise of Skywalker also faced backlash, even though it was written to satisfy fan requests. Now, a new rumor claims that Disney and LucasFilm want to fix the Star Wars franchise. The idea is for a standalone Luke Skywalker film to retell the story and fix previous errors. 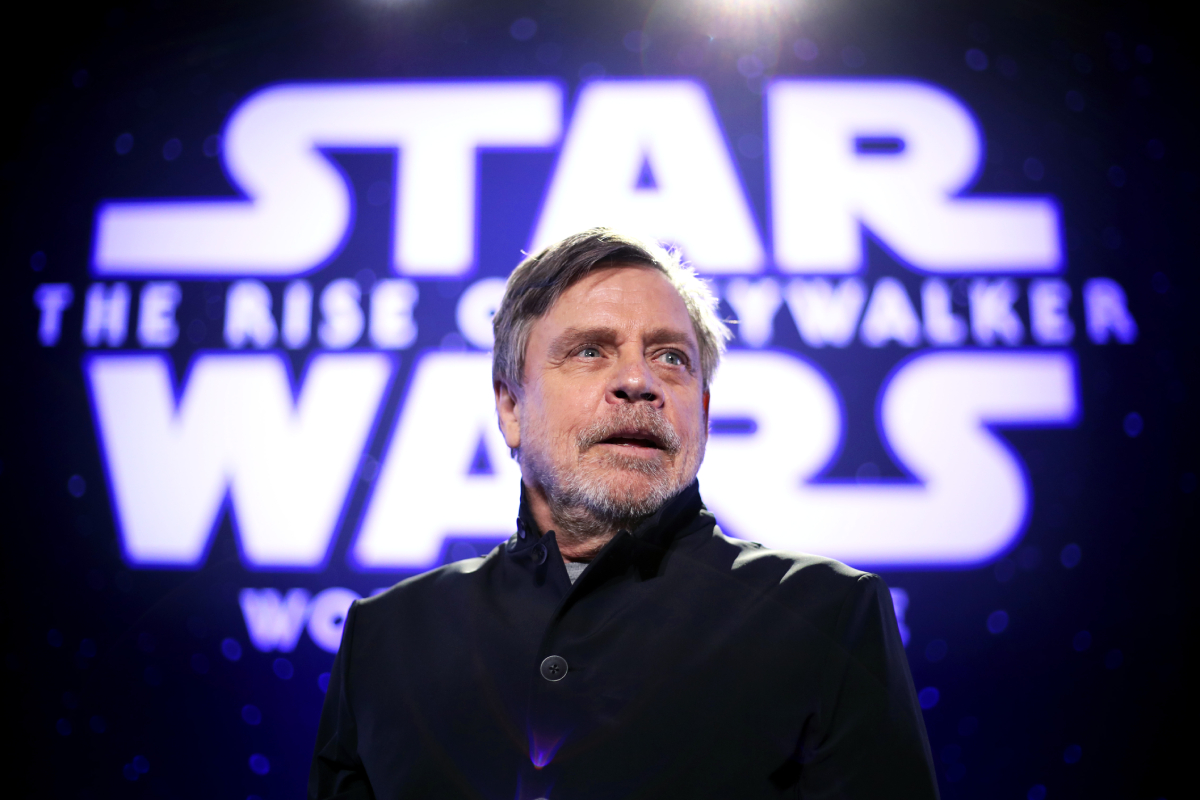 A civil war at LucasFilm?

Many fans have blamed the troubles with the sequel trilogy on LucasFilm president Kathleen Kennedy. According to We Got This Covered, a “civil war” is going behind closed doors at the studio. The speculation is that Kennedy is on her way out.

When it comes to the future of Star Wars, there appears to be three options. Each one would change the canon in some way.

Option number one is a “soft reboot” of the entire sequel trilogy with time-travel resetting the timeline using the “Veil of the Force.” This is the “worst option on the table,” says YouTuber Doomcock from the Overlord DVD channel.

This option would see Ben Solo still turning to the Dark Side of the Force. However, Luke’s hands are clean. This would ultimately leave The Force Awakens with just a “few tweaks here and there.” The Last Jedi would then be “massively redone” with Princess Leia still dying and Luke Skywalker still alive.

As for The Rise of Skywalker, the Lucas cut would replace the J.J. Abrams cut.

The most viable option appears to be number two. Some believe this will happen if and when Kennedy is officially sacked from LucasFilm.

The second option is to use the Veil of the Force to wipe the entire sequel trilogy from canon. They would do this by having Palpatine killed after Return of the Jedi, making the sequel trilogy and alternative timeline. This is the option that would lead to a solo Luke Skywalker film.

If they do wipe the entire sequel trilogy from canon and make a solo Luke Skywalker film, it will reportedly take place ten years after The Return of the Jedi. Doomcock claims his sources tell him that the new film would be set in the Mandalorian timeline.

In the new timeline, Ben Solo still turns to the dark side. However, Luke won’t be involved so the story can start over with a clean slate. Considering one of the biggest controversies among fans was Luke Skywalker’s character arc in Episode VIII, this could be the right choice.

Recasting Mark Hamill is not an option

The third option Disney is contemplating is for George Lucas to make his own sequel trilogy and ignore the other three films due to fan backlash. However, this option appears to be a bit of a stretch.

If they do decide to make a solo Luke Skywalker film, Cosmic Book says that it would star Mark  Hamill. The actor has reportedly signed a new deal to appear in more Star Wars movies.

“Recasting Luke Skywalker is not an option here. If Mark Hamill wouldn’t do the movie, they would scrap it and move on to the third option,” says Doomcock.

Disney could use CGI technology to make Hamill appear younger for the film so it would fit into the new timeline. While option two remains the favored choice, there is nothing set in stone. Doomcock says his sources tell him that all options are still on the table.

No matter which option Disney chooses, it’s clear they are not content with leaving the current Star Wars sequel trilogy as is.