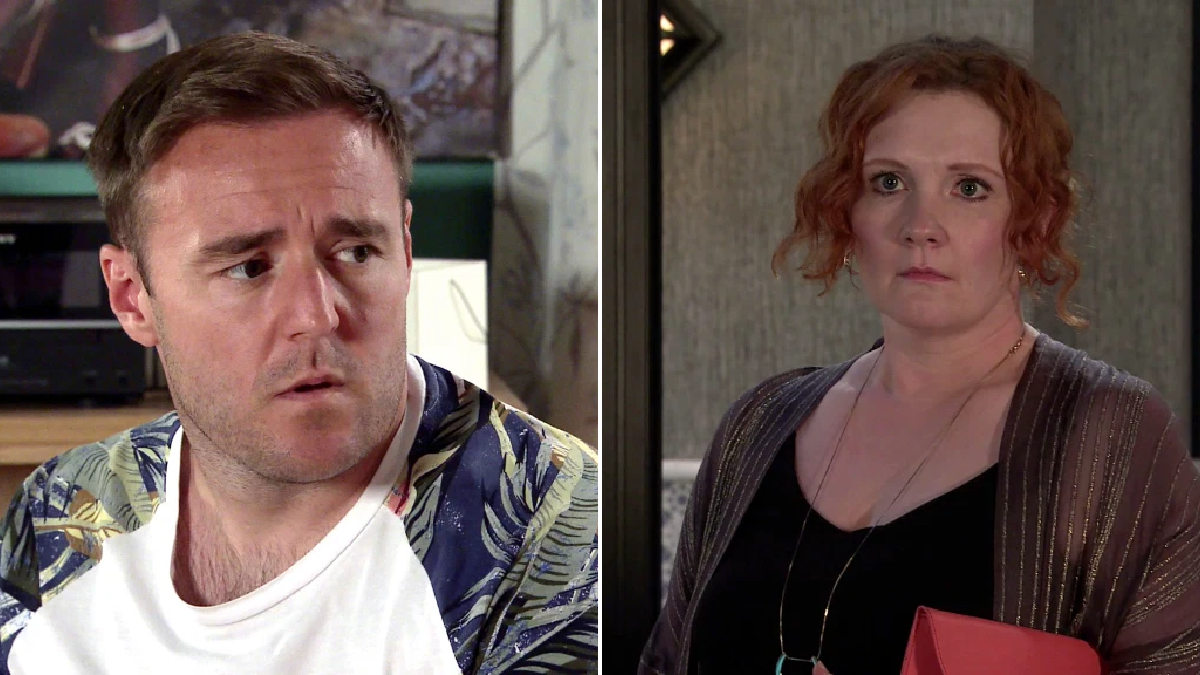 Tyrone Dobbs (Alan Halsall) is determined not to let Fiz Stape take the fall for the fire which Hope started – and almost killed Alina Pop (Ruxandra Porojnicu) and her unborn baby.

Tyrone tells a suspicious Evelyn that Fiz and Hope have gone to stay with Cilla. Fiz tells him they’re at a B&B in Manchester but she has no real plan.

Alina tells Tyrone that even though Fiz is off the hook, it just means that somebody else started the fire with the intention of killing them.

Alina tells Craig about the people trafficking case she was involved in and wonders if one of the gang set fire to the flat out of revenge.

Tyrone calls Fiz and explains that Alina is living in constant fear so it might be best if they move into No.9. Fiz warns him that Evelyn might take some convincing.

As Tyrone and Alina move their things into No.9, a disapproving Evelyn points out that they could be putting all their lives in danger, including Ruby’s.

As Evelyn and Alina quiz him about Fiz, Tyrone is regretting going along with the plan. When Evelyn tells him she has called Cilla so knows Fiz is not there Tyrone crumbles and admits everything.

But what does this mean for Fiz and Hope?