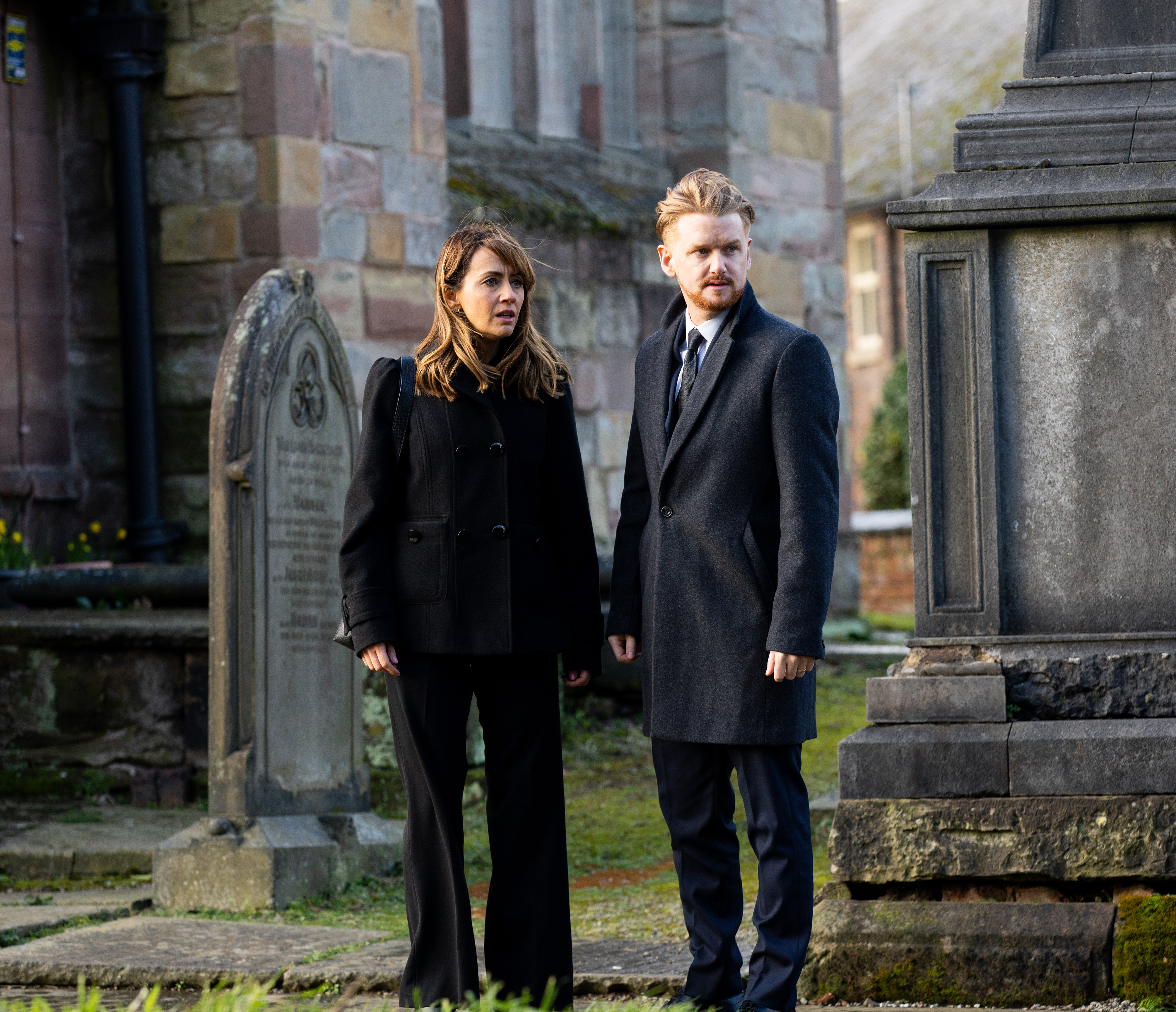 Of course, weeks before Laura died, she decided to take the fall for Gary and tell the police she was responsible for Rick’s death.

Laura made this decision as she was aware Kelly (Millie Gibson) was a lot happier under Gary and Maria’s (Samia Longchambon) care.

Coming up, emotions are running high as Kelly discovers she stands to inherit everything from her dad – including the family home.

After Gary picks up a few belongings for her, Kelly struggles to cope and gets her hands on her Mum’s bottle of morphine.

At the end of the week, Gary, Maria and Kelly arrive for Rick’s funeral.

Gary glances nervously about, hoping none of Rick’s cronies are going to turn up.

As they gather at Rick’s graveside, a man approaches and spits on Rick’s coffin, telling Kelly he hopes Rick rots in hell.

Gary snaps and punches the man, but no one notices a photographer lurking in the bushes.

If Maria is spotted in the photos, what will this mean for her career as a councillor?