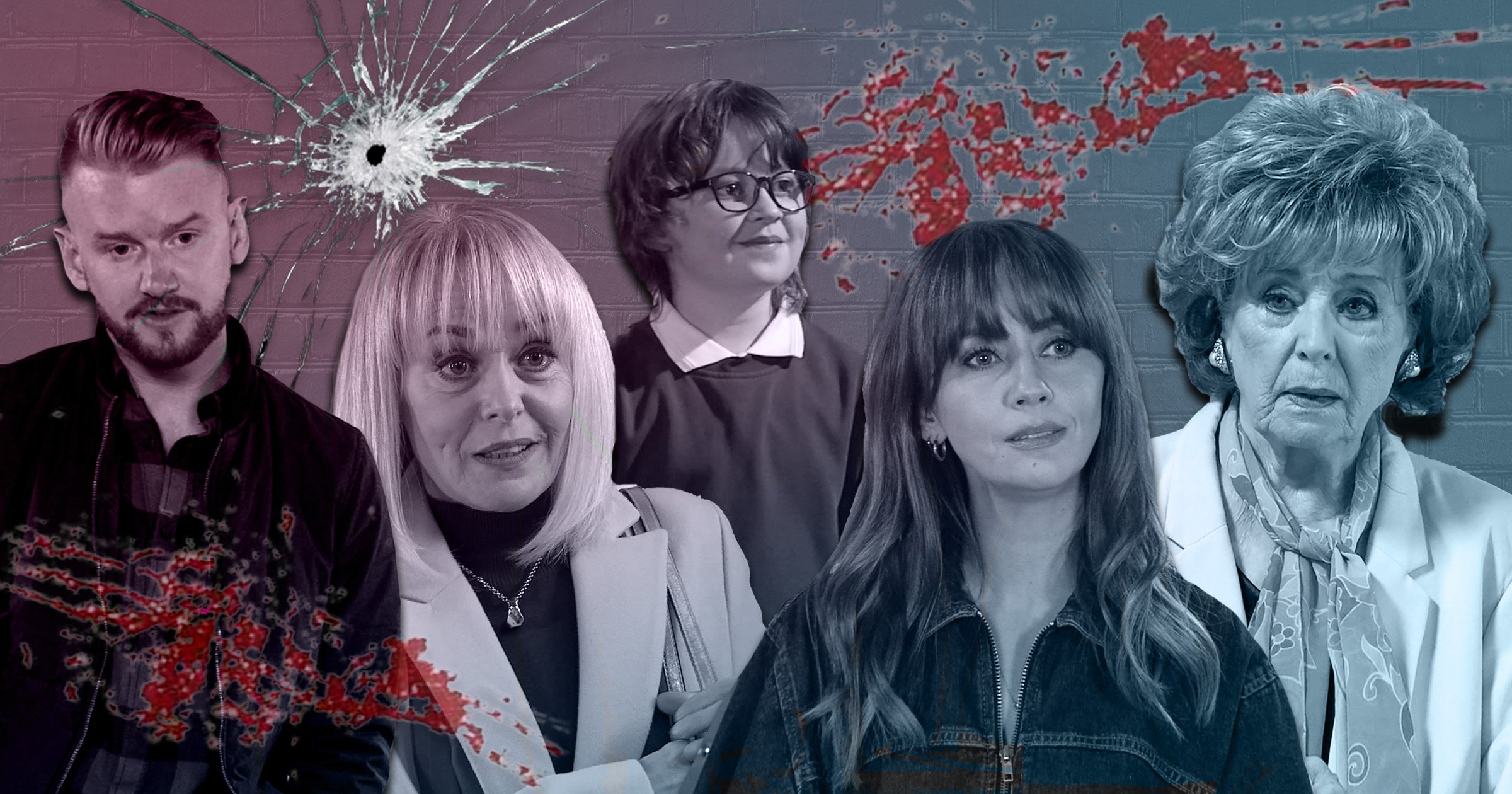 Days on the cobbles for Sharon Bentley (Tracie Bennett) are numbered as more Coronation Street characters are set to discover the truth about why she returned to Weatherfield.

After Imran (Charlie De Mello) reveals that Sam’s (Jude Riordan) kidnap was part of a plan to draw Leanne (Jane Danson) out of hiding, Jenny (Sally Ann Matthews) is stunned.

Determined that Rita (Barbara Knox) should know the truth, Jenny bangs on the door, however when Sharon appears it looks like she’s in serious danger.

Rita returns home to find Sharon clearly about to do a runner.

Sharon pours her heart out to Rita, explaining how after her relationship with Ian fell apart, she had no choice but to join her drug dealing brother and life went downhill from there.

Later, after initially being accused of kidnapping Sam, Gary (Mikey North) spots the same van outside the Kabin and forces his way inside.

Gary orders Rita to call the police while he goes after Sharon but outside, the driver pulls out a gun.

But who’s been shot?

Could Sharon’s exit storyline see her die after being shot?

Or will she face prison like Harvey (Will Mellor) if, in a surprise twist, she ends up being the one who’s opened fire?