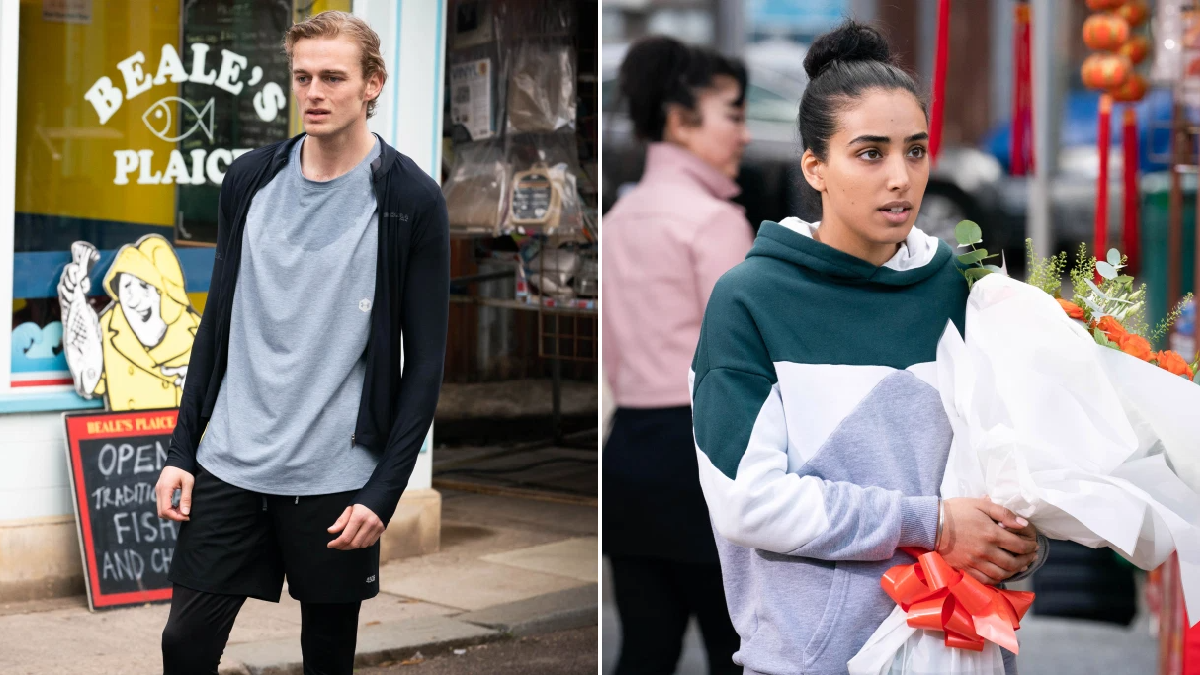 Peter Beale (Dayle Hudson) and Ash Panesar’s (Gurlaine Kaur Garcha) relationship in EastEnders isn’t the strongest one in Walford and now, there’s a chance that things could come to an end for them.

After Ash split with Iqra (Priya Davdra), things with Peter initially progressed quite a bit, much to Suki’s (Balvinder Sopal) annoyance.

With Ash grieving following the death of Jags, she’s confused as to where Peter is, he’s been AWOL.

At home, it transpires selfish Peter is ignoring Ash’s calls and tells Kathy (Gillian Taylforth) and Bobby (Clay Milner Russell) that he can’t handle being around her family.

Kathy and Bobby tell Peter they’re not impressed with his attitude and later, Kathy spots Ash who asks if Peter is ghosting her.

Peter is upset at the turn of events with Ash, but Kathy serves him some hard truths about his behaviour and the Panesars losing Jags.

Peter goes to find Ash but spots her with another man.

But how will Peter react?

Could he assume Ash has moved on?

Will he selfishly dump her instead of supporting Ash after losing Jags?