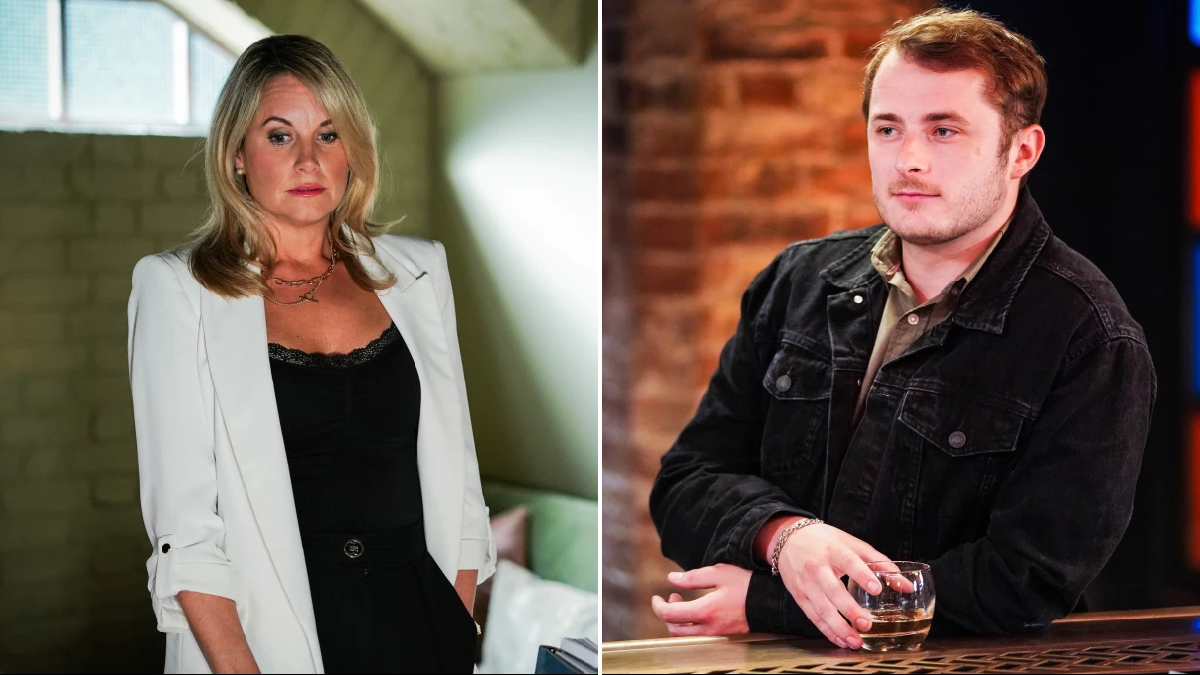 Sam Mitchell (Kim Medcalf) finds herself in a spot of trouble in EastEnders soon – and Ben Mitchell (Max Bowden) sees it all unfolding.

The next day, realising she’s in danger of being ratted out by Ben for working with Tez, Sam calls his bluff and wins his silence by bringing him onside as co-manager at Peggy’s.

Meanwhile, Zack (James Farrar) learns that Rocky (Brian Conley) is trying to tell his old car and asks for 24 hours to get the cash so he can buy it back.

In the club, Zack updates Chelsea (Zaraah Abrahams), telling her that he’s going to ask Sam for an advance on his wages.

However, both Zack and Chelsea are surprised when Ben turns up acting like the boss.

Annoyed at Ben’s new role in the club, Zack tries other ways of getting the money for the car by calling up loan companies.

Sadly for Zack, his attempt proves fruitless and his disappointment turns to fury when Ben riles him.

It’s very clear Ben mocking him is the final straw for Zack, so he approaches his new boss and punches Ben to the ground in Peggy’s.

But where will this leave Zack?

Could he lose his job after this outburst?