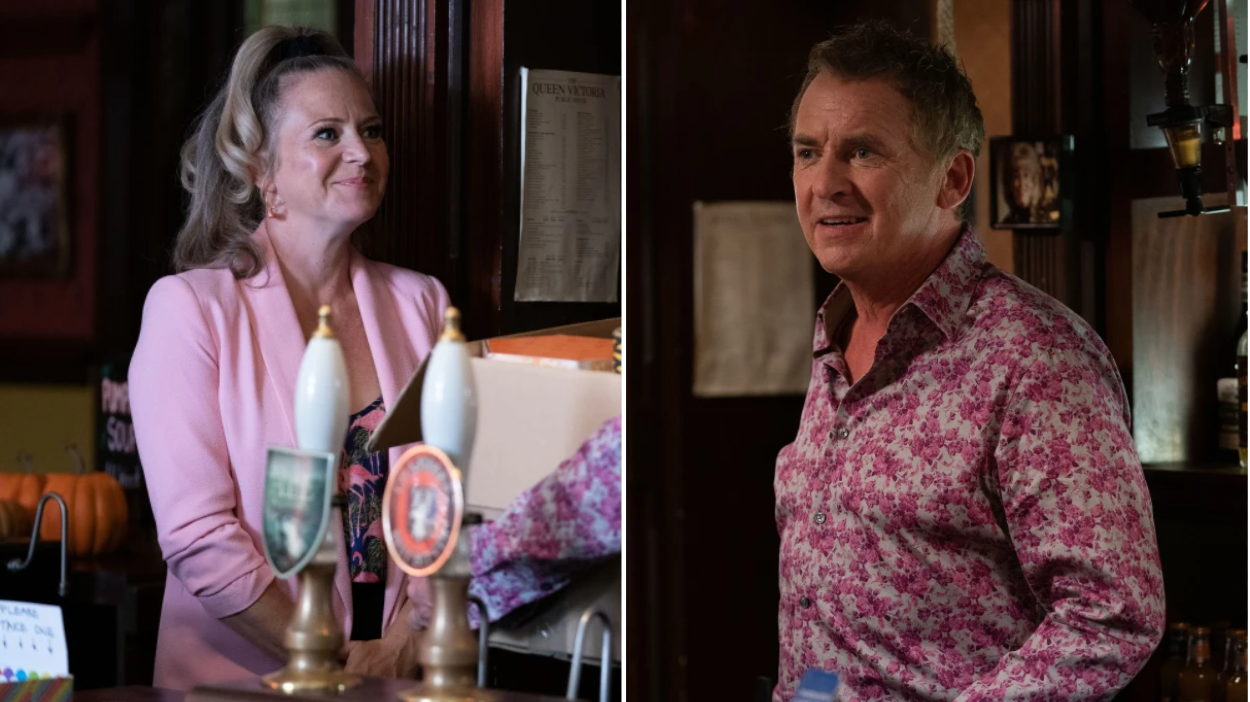 Before Shane Richie returned to EastEnders as Alfie Moon last month, he was already teasing us about what was to come for his character – including a possible romance between Alfie and Linda Carter (Kellie Bright).

‘Between us lot… Alfie and Linda,’ Shane told us. ‘That’s all I’m going to say!’

Frankly it’s still sounding a bit of a stretch, because it’s clear for all to see that Alfie is still madly in love with Kat (Jessie Wallace) and Linda would have Mick (Danny Dyer) back in a heartbeat if she could, but as those things currently seem to be off the table, maybe an Alfie/Linda romance could be on the cards.

The pair get closer in upcoming episodes when Linda tells Alfie she doesn’t want to celebrate Halloween at the Vic this year because there are too many reminders of happy times with Mick. Alfie goes ahead and plans things on his own, much to Linda’s frustration, and also alarms her by taking Ollie (Harry Farr) out trick-or-treating without her knowing.

Despite this, she later thanks him for making her Halloween memorable. When Kat becomes angry that Alfie has bunked off school with the boys and refuses to let him have them for the weekend, Linda steps in to help.

And when Mick returns to Albert Square, he’s upset to find that Alfie has been helping out at the Vic. Is he jealous? And does he have reason to be?