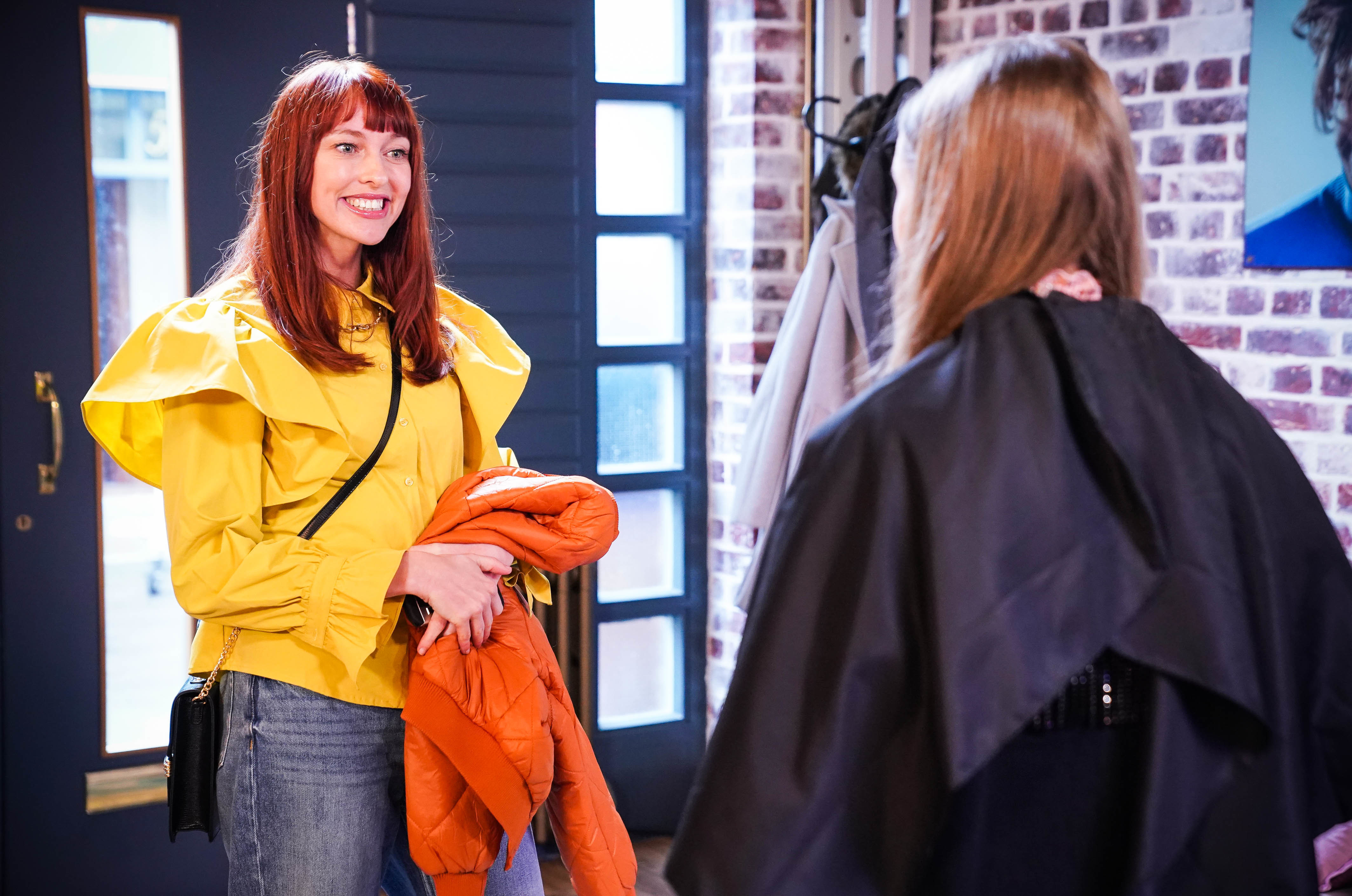 She returned in the middle of the turmoil and grief following the discovery that Tina Carter was dead, and very soon found herself facing the wrath of a drunk Linda (Kellie Bright), who told Frankie she blamed her for the breakdown of her relationship with Mick (Danny Dyer).

In upcoming episodes it looks like Frankie might finally be getting a storyline of her own, separate from the other Carters.

She bumps into Clara, who’s an old friend from university. Clara tells her how successful her life has been since the two last met, and obviously when Frankie looks at her own life it doesn’t quite compare. So she lies about what she’s been up to and how successful she’s been.

Linda overhears this and offers Frankie some advice, but will Frankie take it?

It’s not clear yet where this storyline is going to go. Will there be a romance between Frankie and Clara? Or will her friend’s appearance in the Square lead Frankie on a new path that could take her away from the Queen Vic?