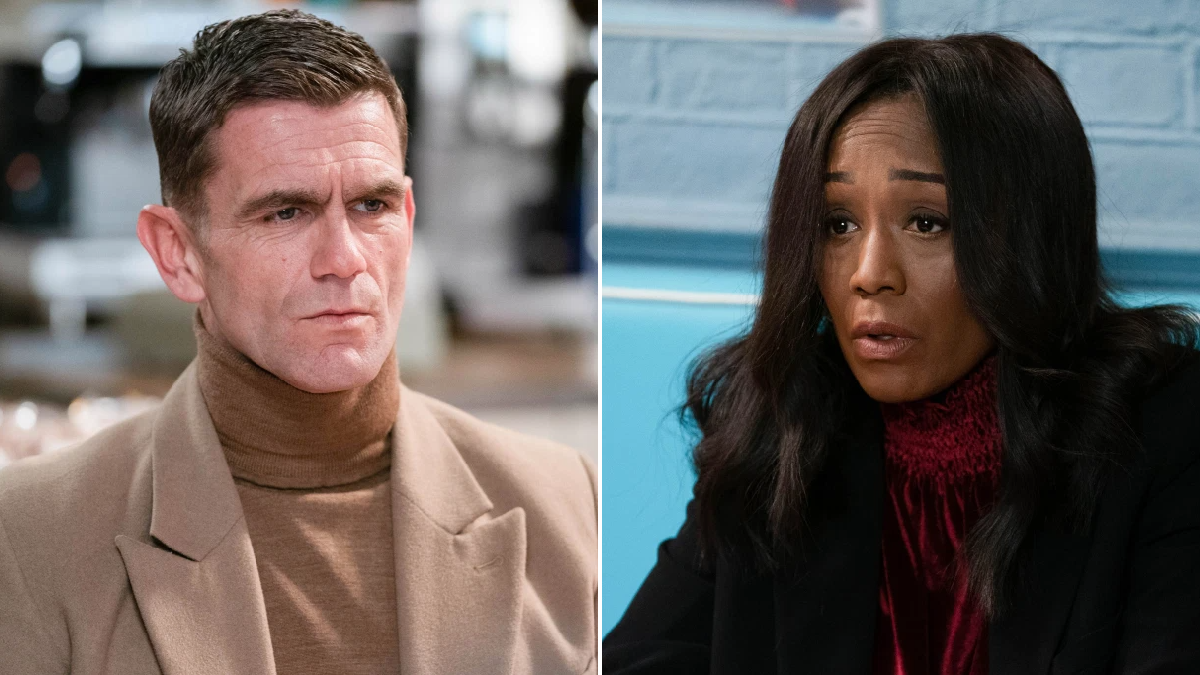 Now new pictures have been revealed that show Jack demanding to know the truth about where Denise has been, and what she is hiding from him, will their relationship come to an end if Denise continues to lie?

Jack immediately began searching for Denise in Friday’s (February 5) episode, convinced that history had repeated itself and Lucas had kidnapped her once more. Viewers saw Denise huddled in a room and it looked as though Lucas was responsible for what happened, but that wasn’t the case.

As the search continued in Monday’s (February 8) episode, we discovered Caleb (Ben Freeman) was behind Denise’s disappearance, and Chelsea (Zaraah Abrahams) desperately begged him to let her mother go.

When Denise returned to Albert Square, Chelsea explained to her how she was in the middle of paying off debts she owed Caleb and was planning on sending Lucas to Ibiza to be a drug runner, but so far things hadn’t gone to plan.

Denise and Chelsea went back home, and while Jack was glad to see Denise again, Kim (Tameka Empson) was angry at her after Denise lied and said she had spent time at a friend’s house to clear her head.

Protecting Chelsea, Denise kept up her lie, knowing how much it was hurting Kim and Patrick (Rudolph Walker) who was in bed worried sick about her.

As these new pictures show, Jack looks frustrated over Denise clearly lying to her. Denise is protecting her daughter, but will she tell Jack the truth about her kidnap?

If she continues to lie to Jack, will it mean the end of their relationship already?