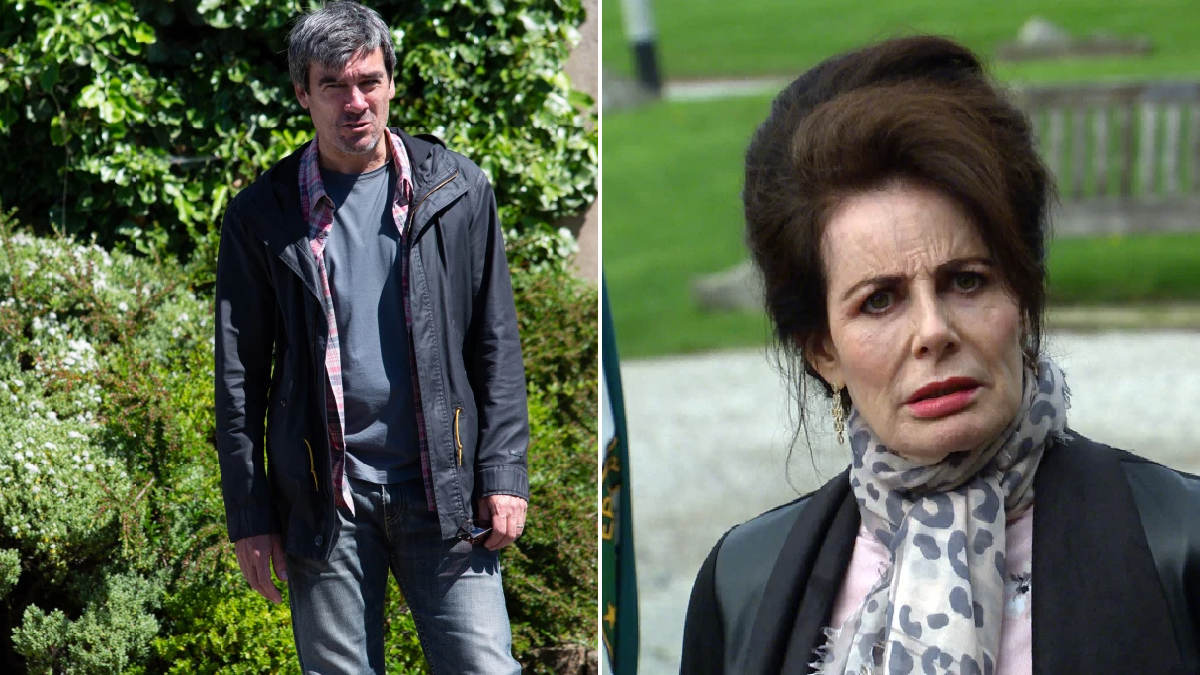 Faith Dingle (Sally Dexter) made the risky decision to keep the fact that she thinks her cancer has returned from Cain (Jeff Hordley) and Chas Dingle (Lucy Pargeter) in Emmerdale.

Since Faith arrived back in the village, she’s failed to rebuild her relationship with her children as, before her departure, it was revealed Faith knew about Cain’s secret son Nate (Jurell Carter).

Stubborn and unable to forgive Faith, Cain has barely had a conversation with his mother, but he plenty to say in upcoming episodes when he discovers Faith’s cancer secret.

When Faith gets a call from the doctors, she braces herself as they tell her to visit urgently.

Hearing Cain is on his way, Faith decides not to ruin it and keeps her news from him and Sarah.

However, when Cain questions Faith, she’s forced to admit she’s got her results.

Angry she’s lied to him again; Cain says he can’t trust her and casts her out of the family.

It’s the final straw, but will Cain regret his decision?