Five new films, including “Spiral” (Lionsgate) from the lucrative “Saw” franchise, opened wide (at least 600 theaters) stateside. That is by far the biggest studio commitment to any week in a long time, with three at one time usually the most, and four rare.

Mid-May is normally prime for movie releases. This year, it’s Memorial Day when more prime titles will open. Optimism remains for then, but for now it’s treading water time. The expected much bigger “A Quiet Man Part II” (Paramount) along with “Cruella” (Disney) on May 28 will be a much better test of how close theaters are to providing grosses commensurate with their potential.

But a Top 10 of $24 million, with an overall take of perhaps $26 million, remains anemic considering the increased number of fresh films, combined with more theaters plus a general greater sense of safety in theaters. That sense is led above all by how “Spiral” did.

Obviously, grosses remain challenged. But the ninth film in the series, and one that had strong marketing and smart social media presence, in adjusted grosses barely took in half of the previous low for the series. And that came despite a cast that included Chris Rock and Samuel L. Jackson to boost interest.

The pre-opening expectations were that this would fall somewhere in the $12-15 million range. Last weekend “Wrath of Man” (United Artists) with Jason Statham managed $8.3 million detached from any franchise and less advance interest. Yes, there was more competition this weekend, but among them only the 600-theater release of Netflix’s “Army of the Dead” and “Profile” (Focus) overlapped in audience appeal, and combined they managed less that $1.5 million.

Have there been too many titles appealing to a core male, mostly younger, Black and Latino base? Is there confusion over alternative availability (current or soon) that adds to resistance? As more people venture into group activities, are they providing more than the usual competition?

Remember this is normally a major time of the year for theaters, with totals ranging from $125 to over $200 million. Obviously the key factor is quantity and quality of the films playing, but whatever other competing activities might occur this time of year, people usually flock in huge numbers to theaters. “Those Who Wish Me Dead”

The best of the other openings was “Those Who Wish Me Dead” (Warner Bros.), the Montana-set thriller with Angelina Jolie as a Montana smoke jumper who defends a teenage crime witness from assassins and fire. It managed $2.8 million while also on HBO Max.

That combo didn’t deter “Godzilla vs. Kong” or “Mortal Kombat” from opening to strong numbers. But this film has an older audience appeal. How much the streaming competition hurt is unknown (as usual, those results are a mystery).

But the bottom line is that when Warners returns to a 45-day window before HBO Max can play, it will no longer make sense for them to not play similar productions on that platform rather than go to theaters. That is the downside of their (in the new reality) generous to theaters deal. And figure other studios take note.

The other three openers ranked #8-10 on the list. “Finding You” (Roadside Attractions), an Irish-set romance involving a college exchange student and a rising movie actor, did best. But it took in under $1 million in 1,314 theaters.

Netflix’s one week early theatrical break for Zack Snyder’s “Army of the Dead” played in 600 theaters. With Cinemark providing a base, and other regional circuits offering dates to the streamer for the first time, the best guess (Netflix prefers to keep things secret) is around $750,000, good for #9.

Figure that unlike other company’s releases, few customers are unaware that they will have streaming access next week. This had more theater-promoting marketing than normal, but it also made no secret that it would soon be showing at home.

Of note this weekend, only three of the Top 10 have home access — two of the Warners titles on HBO Max, and Disney’s “Raya and the Last Dragon” as a premium VOD title. The last nearly three months in theaters is still #5, with a drop of only 11 percent. That was best among holdovers. Last week’s #1 “Wrath of Man fell 55 percent, placing second overall. 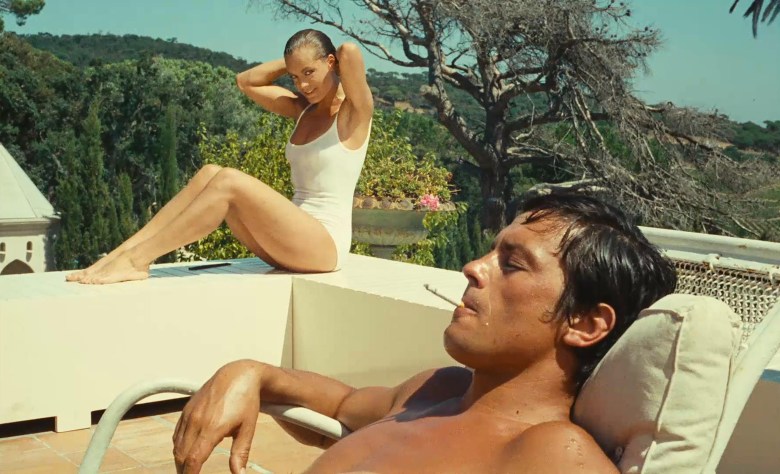 Among limited releases, “The Djinn” (IFC)  grossed best with $41,250 in 41 theaters. Neon’s drama “The Killing of Two Lovers” (a Sundance 2020 premiere) took in $24,500 in 34. Both had VOD availability. Rialto’s reissue of “La Piscine” from 1969 with Alain Delon and Romy Schneider took in $3,800 at New York’s Film Forum. Of note is that the small capacity and seat-restricted theater sold out its limited shows.

3. Those Who Wish Me Dead (Warner Bros.) NEW – Cinemascore: B; Metacritic: 58; also available on HBO Max