Just three weeks after hitting theaters, the Kristen Stewart-starring “Spencer” is finding success beyond the multiplex, thanks to a rapid theatrical-to-VOD release strategy. The awards contender hit PVOD the day before “House of Gucci” arrived in theaters (that film boasts another big turn from star Lady Gaga, and she and Stewart will likely face off in the Best Actress race), and right before major groups start awarding their annual prizes.

The potential for more awards attention could help its overall revenue in the coming weeks, but even in its first week on PVOD, Pablo Larrain’s portrait of a sliver of Princess Diana’s life enjoyed a strong initial showing. The film is already #4 on Apple TV/iTunes and #8 on Vudu, and #12 on the usually lagging Google Play list. Distributor Neon receives the same box office and VOD take on its films as the top studios, but with a vastly smaller investment. “Spencer” — which has grossed under $7 million — could prove very profitable.

Unlike “Spencer,” “Venom: Let There Be Carnage” had an eight-weekend theatrical window before getting a home release. It stands with “Free Guy” as a top-grossing title that not only delayed PVOD but also was available only in theaters when first released. This late-breaking PVOD strategy will continue to raise its revenues, as 80 percent of the PVOD price (less carrier charges) goes straight to Sony, even as the film closes in on a half billion in worldwide box office. 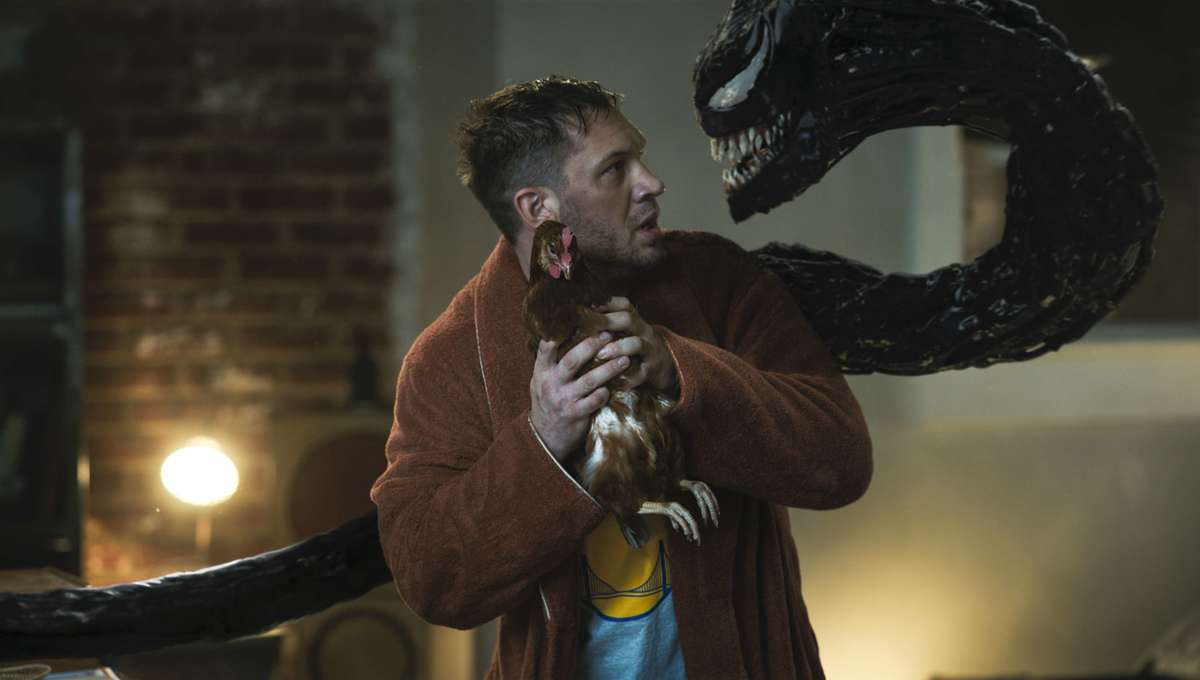 “Venom: Let There Be Carnage”

Beyond those two titles and their very different strategies, the rest of the VOD chart looks very familiar. “Shang-Chi and the Legend of the Ten Rings” (Disney/$19.99) had the most interesting movement: In its second week, after placing #1 or #2 initially, it dropped steeply, with its current best showing at #5 at Google Play. It didn’t even place on all three charts. This drop is likely not a reflection on the hit title (the #1 domestic hit since 2019); rather, moviegoers caught on that Disney+ subscribers can now see the film for free.

“No Time to Die” (United Artists/$19.99) and “Free Guy” (Disney/$5.99) shared second and third places on the three charts, continuing their strong showings. Also placing on each chart is the 2000 “How the Grinch Stole Christmas” (Universal/$3.99), with the later “The Grinch” (Universal/$3.99) earning spots on two of them. Has the perennial “A Christmas Story” been replaced a seasonal favorite? Looks that way.

“Black Friday” (Screen Media/$6.99), sneaking in at #10 at Vudu, is the only other fresh entry. The VOD original release, a horror comedy about a toy store invaded by parasitical shoppers, stars Devon Sawa and long-time genre icon Bruce Campbell.

“Bruised,” Halle Berry’s directorial debut, leads Netflix’s top 10, which currently features only one non-Netflix Original on the list. The film, about a mixed martial arts fighter (portrayed by Berry) making a comeback, premiered over a year ago at the Toronto International Film Festival. Number #2 is “A Castle for Christmas.” That Scottish-set romance stars Brooke Shields and Cary Elwes, and is also female-directed. At the helm is veteran Mary Lambert (“Pet Sematary”), who first gained attention decades ago through her acclaimed genre work. Netflix continues to intrigue with its content/creative matchups.

Elsewhere at the streaming giant, Christmas content rules with six of the 10 titles on its top ten list related to the holiday. These include the also-new “A Boy Called Christmas” at #4. This one has Maggie Smith and Jim Broadbent in its cast, and is directed by Gil Kenan, who collaborated with Jason Reitman on the recent box office hit “Ghostbusters: Afterlife.” 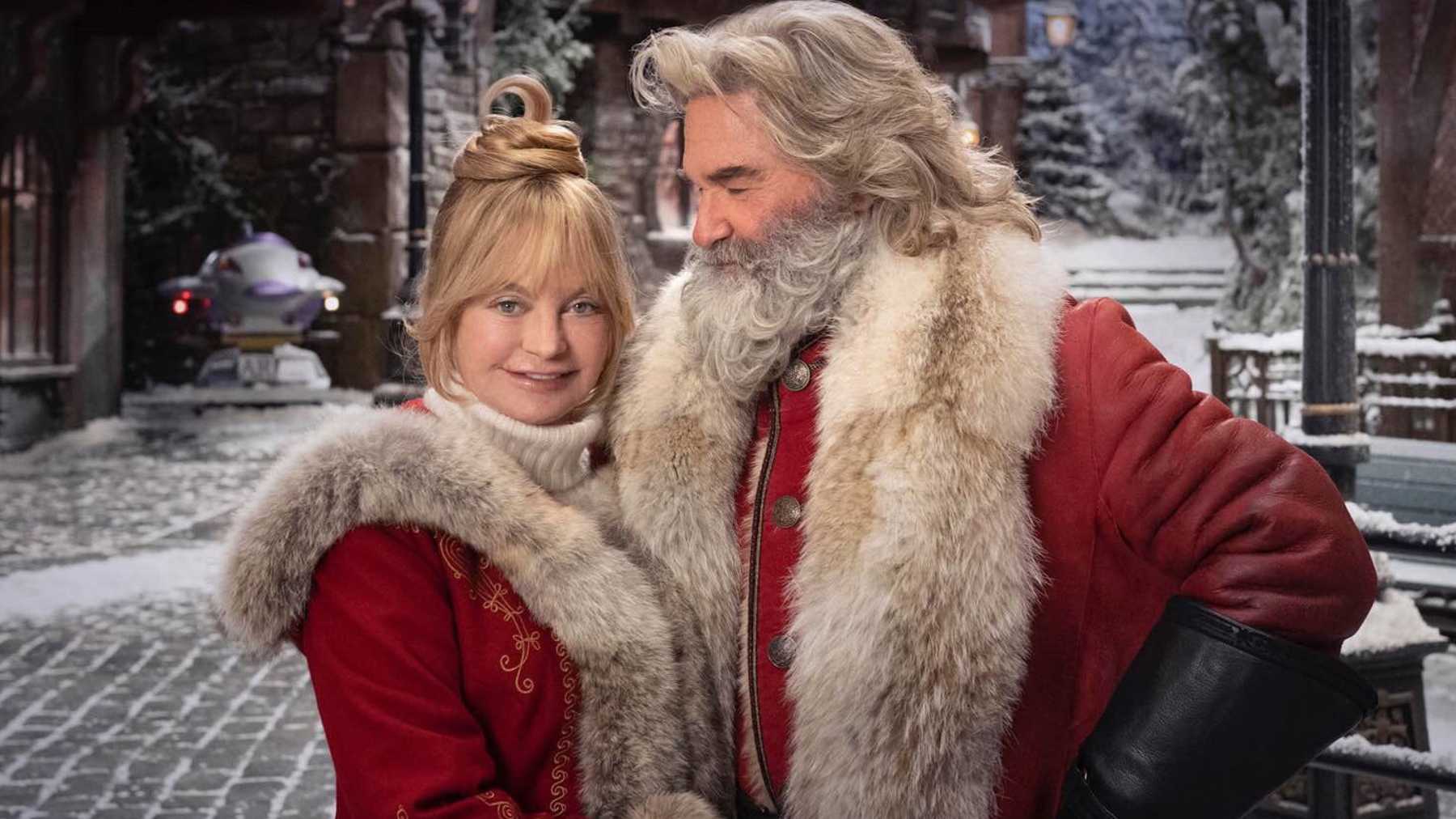 Past Netflix originals rarely reappear to their top 10 charts, but the two “Christmas Chronicles” films (the latter directed by Chris Columbus) are listed this week. The sole non-Netflix Original title in the bunch: Nancy Meyers’ 2006 rom-com “The Holiday,” another holiday-centric entry.

Apple TV/iTunes and Google Play rank films daily by number of transactions, irrespective of revenue accrued. These are the listings for November 29. Distributors listed are current rights owners.

Most viewed, current ranking as of Monday, November 29; originals include both Netflix-produced and -acquired titles they initially presented in the U.S.