Sky News will be banished from some of Melbourne's busiest train stations, with Victoria's transport minister forced to defend claims she is censoring the media.

Labor's Jacinta Allen has announced the 24-hour news channel would no longer be broadcast in the city loop. This means commuters won't be able to watch Sky News on the screens at Melbourne Central, Flagstaff and Parliament stations.

The announcement comes after the broadcaster aired an interview with convicted racist Blair Cottrell.

"I've directed Metro Trains to remove Sky News Australia from all CBD station screens," Ms Allen tweeted on Thursday morning. "Hatred and racism have no place on our screens or in our community." 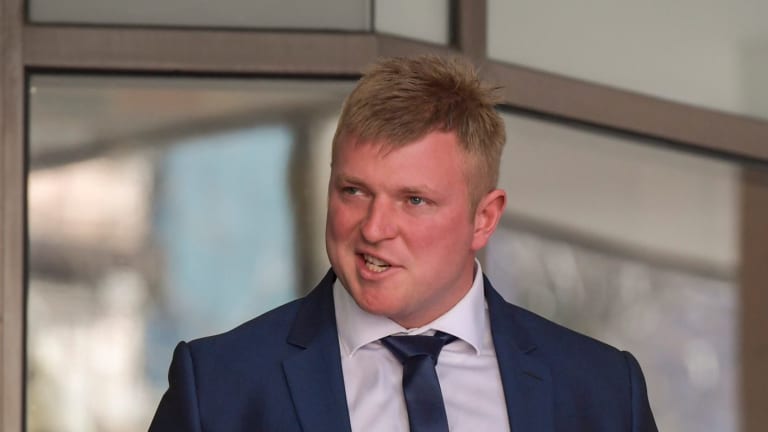 Sky News has apologised for having Blair Cottrell on-air.

3AW's Neil Mitchell took Ms Allen to task on Thursday, accusing the Labor MP of siding with the "thought police". The transport minister stuck by her decision, arguing the Cottrell interview was the "final straw".

"That interview was unacceptable," she said. "You've got to draw the line in the sand somewhere. There's been a number of interviews that have started to go down a slippery slope.

"There's certainly a right to cover these events… but there's a responsibility to do it in a way that's balanced."

Ms Allen would not be drawn on whether ABC News would replace Sky on Metro Trains TV screens. But she did concede that her crackdown will punish some of Sky's "good programs".

"If people want to watch Sky News in their own homes, they can do that to their heart's content," she said. "Any material that uses our public transport assets to promote itself needs to be appropriate."

Metro chief executive Raymond O'Flaherty said in a statement every train passenger "deserves to feel welcome and comfortable" while travelling.

"We've made arrangements to remove the current news coverage to ensure the content meets the expectations of the community we serve," he said.

"NSW will not be changing what's aired on train platforms," the spokeswoman said.

While Melbourne public transport users will see less of Sky in the coming weeks, those travelling by air won't notice any differences. A Qantas spokesman said the 24-hour news channel would continue to be shown in lounges and on flights.

"They've apologised," a spokesman said. "From a Qantas perspective, there's no change to our commercial agreement."