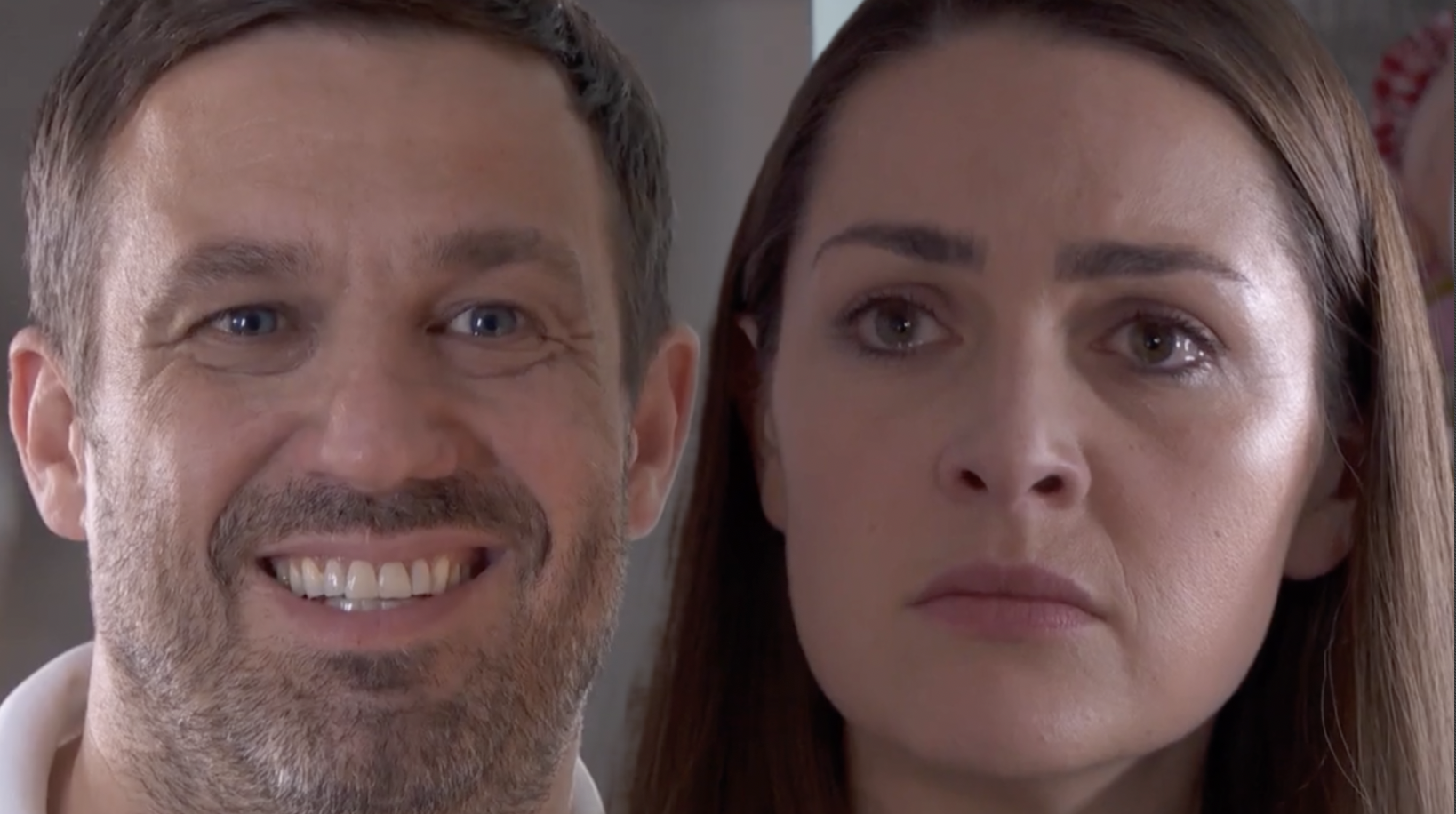 Sienna Blake (Anna Passey) was left utterly speechless in Hollyoaks, as Warren Fox (Jamie Lomas) made his triumphant return from the dead, and took great pleasure in telling his other half that he was ‘dying’ to see her.

We see what you did there, Warren!

Warren, as viewers know, was left to die after Sienna’s revenge scheme – one she concocted to get him to confess to Brody Hudson’s (Adam Woodward) murder – backfired dramatically.

The gangster overpowered Sienna during a showdown in the garage, prompting Damon Kinsella (Jacob Roberts) to attack him with a wheel brace. Sienna, after getting her breath back, declared Warren dead, and the duo were forced to bury his body in a skip.

Little did they know, however, that Warren wasn’t actually dead, as he was later rescued by an unknown resident.

Without wasting a second, Liberty confronted Sienna in Monday’s (August 1) E4 offering of the Channel 4 soap, accusing her of ruining several more lives, and revealed her intention of going to the police.

Sienna pleaded with her to reconsider. But Lib had made her mind up.

Things, however, took another turn, as Sienna was later greeted by her so-called deceased beau, who told her that he was ‘dying’ to see her.

Sienna as been outplayed by Warren, but just what will he have in store for her? Will blood be shed?

Hollyoaks continues Tuesday August 2 at 7pm on E4, or catch the next episode on All4 from midnight.