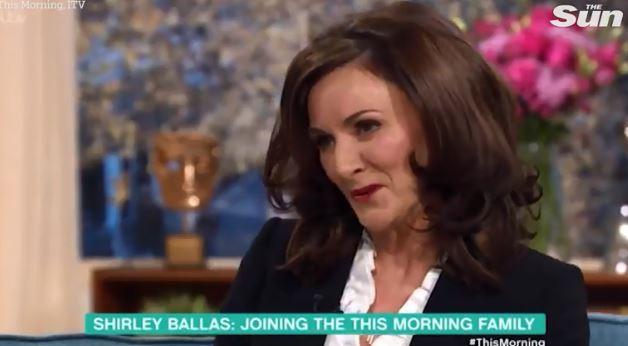 Shirley, 58, joined Eamonn and his wife Ruth – all of the same age – on the iconic This Morning sofa to discuss her new show about men and women finding love over the age of 50.

After explaining the premise of the show, Eamonn cheekily asked: “Are you still on the look for love?"

To which the pro dancer quipped back: “Yes if I can find someone as nice as you Eamonn.”

Witnessing the flirty exchange unfold before her eyes, Ruth jumped in saying: “Have him! Shirley have him seriously!” 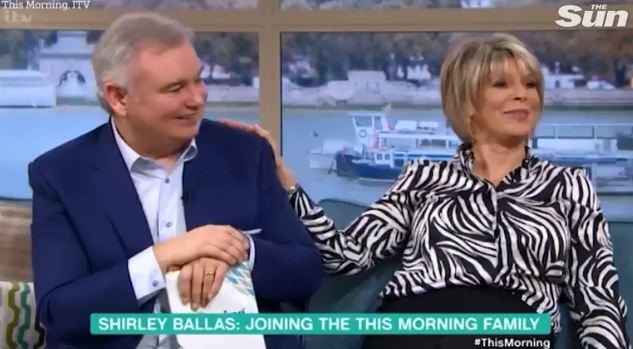 And Eamonn didn't stop there, he continued: "Could you imagine us two dancing together?”

The interview finished quite abruptly as the show ended and the credits started to roll.

And though Ruth didn't seem too fussed by the overt flirtation, Eamonn previously spoke out in August warning that he'd punch any man who tried his luck with his partner of 21 years.

He brandished his fist to show he meant business during a phone in on unreasonable behaviour on today's This Morning.

When a woman called Laura called in to discuss her fiance's best friend who made a move on her, Ruth asked Eamonn what he would do.

Without hesitation, he responded: "I would biff 'em. It would be sorted out, darling.

"Violence would be involved. I'd biff 'em."