Secret Cinema ticket holders endured a tragedy of their very own tonight (August 9) as the event cancelled its performance of Baz Luhrmann’s Romeo + Juliet at the last minute.

As everyone who’d paid for a ticket started queuing up outside the event’s secret location, Secret Cinema confirmed that tonight’s show would not be going ahead due to flooding.

“We are very disappointed to announce that due to today’s extreme weather conditions we are unable to open the show,” a statement on the official website reads. 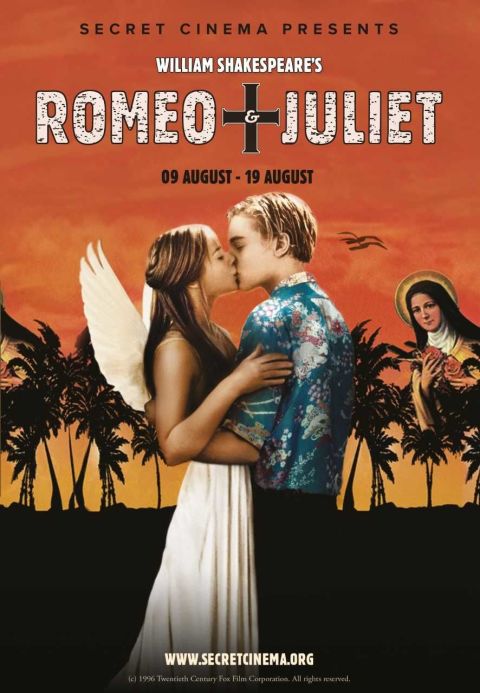 “In the lead up to the show we have taken every measure possible to minimise the chance of the show being cancelled. However, due to the volume of rain that has fallen in West London today the site is unsafe to open, and safety has to be our primary concern.

The Twitter statement went out at 6.55pm, but the problem for fans is that the doors to the event were supposed to open at 6pm, leaving many people who had travelled, dressed up and queued to attend the performance feeling very frustrated.

Organisers replied to some disgruntled ticket holders on Twitter, explaining the last-minute cancellation came after they’d monitored the weather and the site all day and were all set to run as normal until 5pm, when there was “an intense increase in adverse weather”.

“There was torrential rain with thunder and lightning storm, the site was deemed unsafe by our health and safety team, there was nothing we could do,” they replied to one fan.

“We were exploring every option possible before cancelling the event which caused a delay, but once the health and safety team reviewed the whole site and deemed it unsafe we had no choice but to cancel the event,” they added to another.

The event is set to continue until August 25, so let’s hope the weather fares slightly better for the rest of its run, unless this new grudge breaks to new mutiny as well.