Ruth Langsford and Eamonn Holmes welcomed Matthew and India onto This Morning for The View segment as they debate a number of topics hinting the headlines. One issue which has provoked conversation is whether the BBC should ban Rule Britannia from the BBC Proms due to its perceived association to colonialism and slavery. Matthew and India had differing opinions on the subject and Ruth had to jump in to break up a row and move the conversation along.

India stated: “Look, what is wrong with the Empire, I’m a massive fan of the Empire.

“The Empire did a lot of good all around the world and a lot of the things they actually brought to countries have been copied and they’re still in place today.

“The Empire is a great thing, Britain is a great country and if you look at in the whole, we have done more goof than bad.”

Matthew repeatedly tried to speak over India but she continued: “The BBC, they’re acting as though Land of Hope and Glory is relaxed by Frankie Goes to Hollywood. 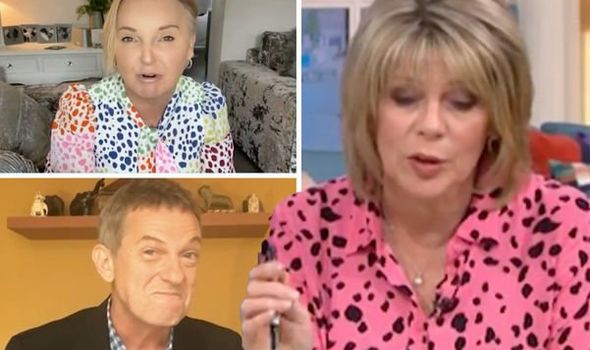 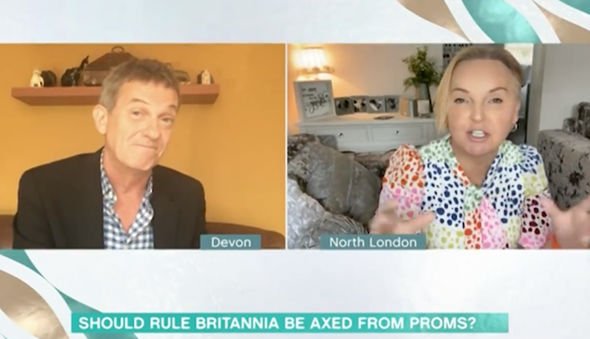 “It’s absolutely ridiculous! I don’t think majority of people in the country are offended by Land of Hope and Glory and Rule Britannia.

“It was originally written actually when the British were fighting the French and the Jacobites, that’s what it’s about.”

But Matthew wasn’t impressed as he snapped back: “It came at the same time as the Boer War when we got load of minerals by invading a country and putting its people to death. That’s why it was written.” 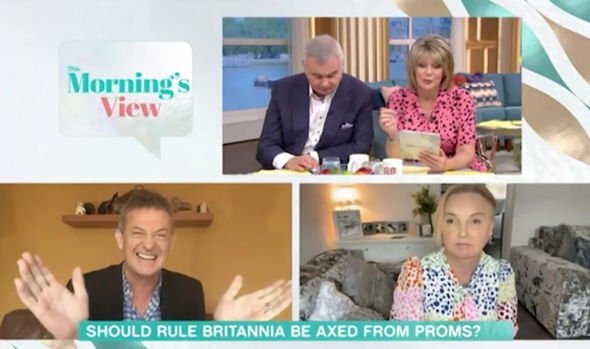 As the pair continued to argue and talk over one another, Ruth jumped in to stop the debate.

The debate came not long after Ruth explained it was the couple’s last week presenting Monday to Thursday before Holly Willoughby and Phillip Schofield returned.

The pair will be back to host on 1 September with Eamonn and Ruth returning to host on Fridays.

Ruth could be seen laughing at her husband’s choice of words, giggling: “Chuntering on?”

CAN’T SEE THE POLL BELOW? CLICK HERE TO OPEN IN YOUR BROWSER

However she continued: “Full of joy and a spring in our step. Our last week!”

Earlier, Ruth told her Instagram followers she hoped they could tune in, explaining: “Good morning! Monday morning, start of another week.

“It’s our last week of our summer This Morning actually. So that’s gone so quickly.”

This Morning airs weekdays on ITV at 10am.