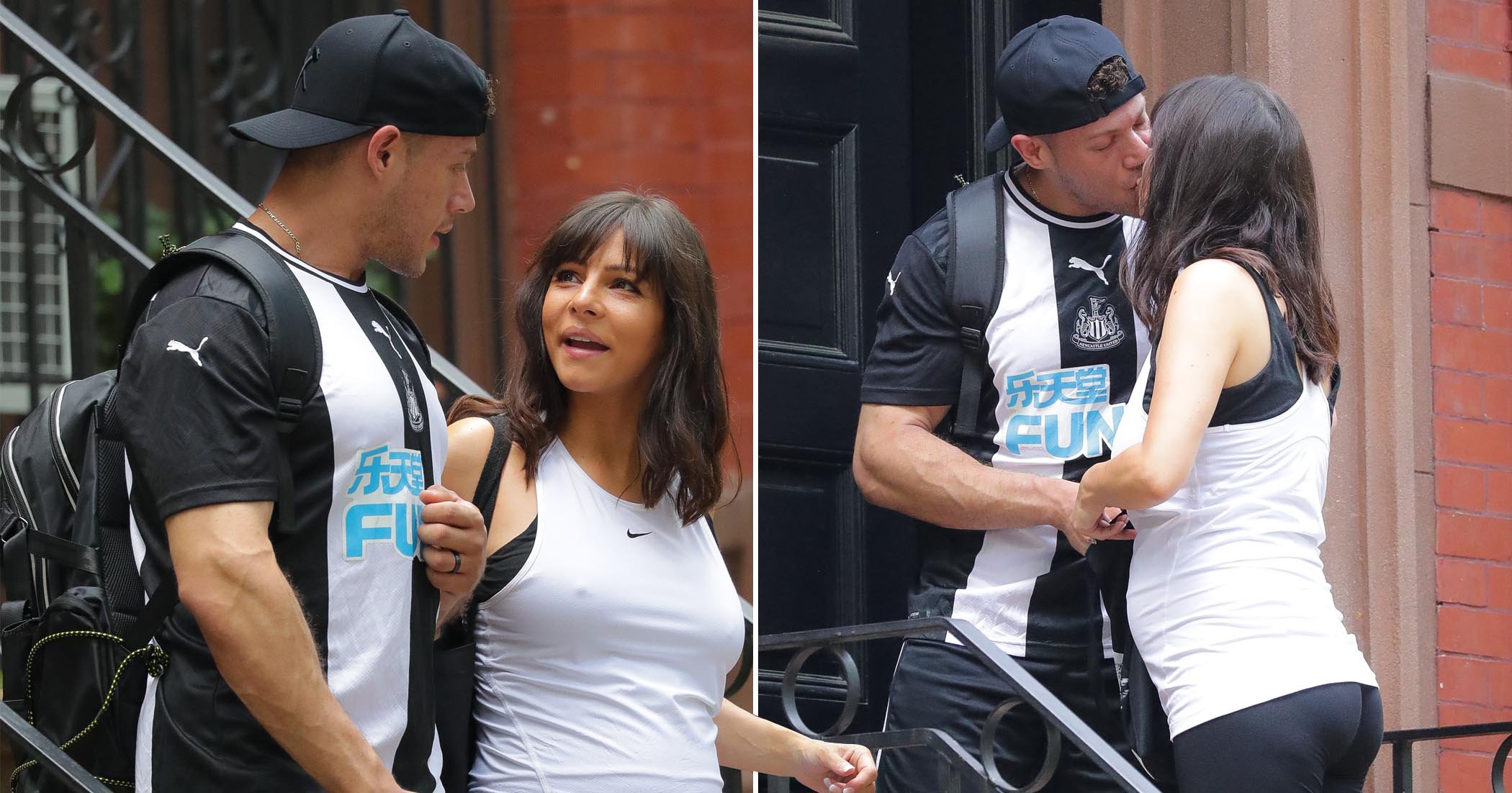 Roxanne Pallett has confirmed she is expecting a baby boy with her husband Jason Carrion.

The former Emmerdale star, 38, had previously announced she was pregnant with her first child to the firefighter in June, and she has now said it’s ‘beautiful’ that she will be having a son.

Speaking to MailOnline, she explained: ‘Our hearts melted when we found out. We can’t wait to cuddle him! I’d always spiritually seen myself having a little boy so it’s beautiful for that dream to come true.

‘J is so excited, he’s having adorable conversations with my tummy and kissing my bump constantly to feel him kick.

‘And yes we’ve got a collection of cute little fireman outfits awaiting him so he can look just like daddy.’

Jason added that he has ‘never felt so happy’ and hopes the baby will have ‘Roxanne’s beautiful dark features and incredible British accent’.

A source further told the publication that Roxanne and Jason have known the baby’s gender ‘for a while’, but have only just decided to reveal the news to close friends.

They also stated that Roxanne experienced ‘really bad morning sickness’ in her first trimester, but she is now having to deal with pregnancy cravings during her third trimester.

Roxanne married Jason, who previously starred on the US version of Married At First Sight, in January 2020, 17 months after they first met.

New pictures have also emerged of the couple leaving their apartment and sharing a kiss, with Roxanne’s growing baby bump on display.

She now lives with him in New York, having moved to the city from the UK.

The actress had confirmed the news of her pregnancy during an interview with The Sunday Mirror, saying that she now knows ‘what “happy ever after” feels like’.

‘To have such a beautiful life here and be blessed with the most incredible husband and our little baba on the way… my mum’s already knitting for England’, she said.

‘My husband is driving round at all hours getting me pizza and cookies. We’re in a bubble of excitement.’

Roxanne added that she is ‘very grateful for such a beautiful chapter’ in her life.

The news of her pregnancy comes three years after her controversial stint on Celebrity Big Brother in 2018, in which she wrongfully accused fellow housemate Ryan Thomas of punching her.

Last year she reflected on her 2018, explaining that she ‘fell apart three times in the space of three months on three television shows, all presented as entertainment’.

‘That pattern should have told a lot of people watching and judging that something bigger was wrong,’ she said.