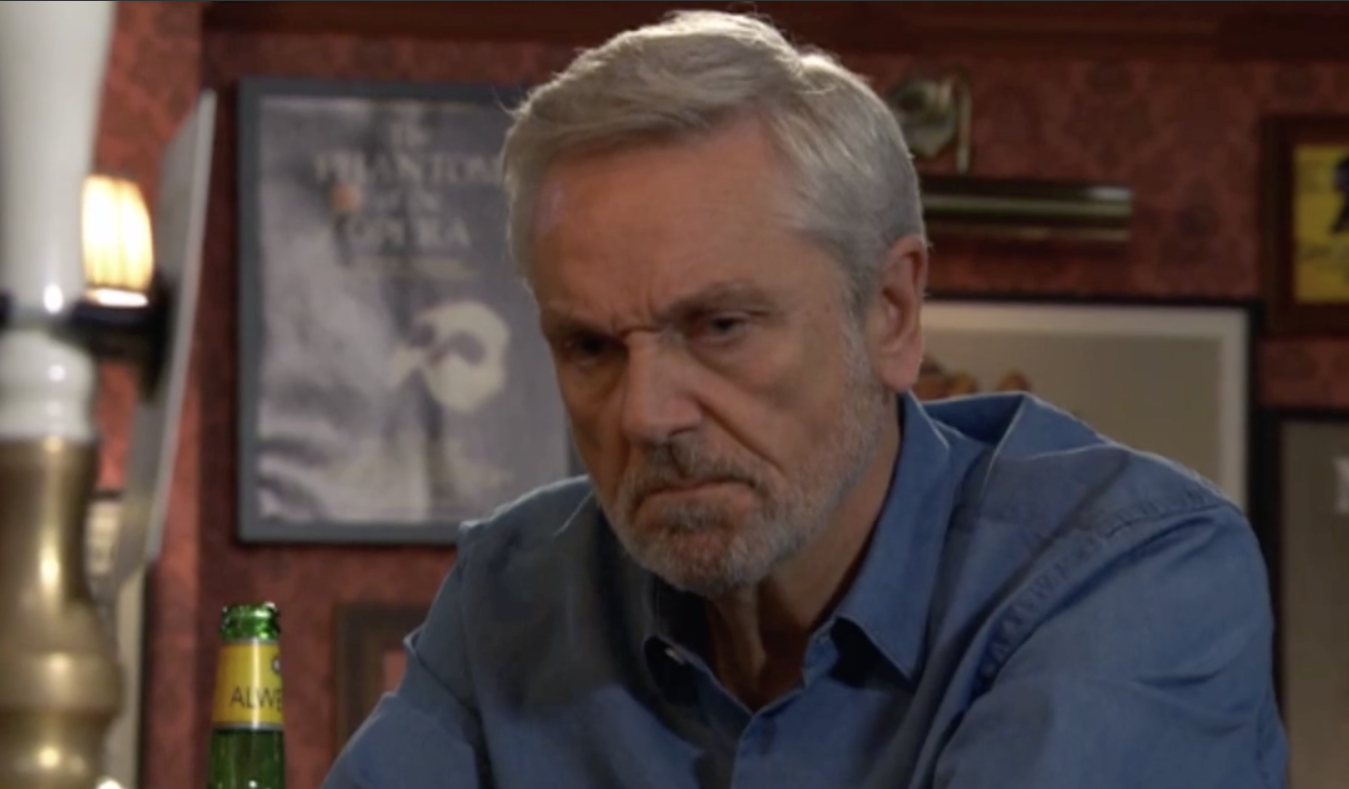 Terry ‘Rocky’ Cant (Brian Conley) did the unthinkable in EastEnders tonight (August 9), as he broke the heart of legend Kathy Beale (Gillian Taylforth), after discovering that she was starting to fall for him.

Having overheard a conversation between Kathy and Sonia Fowler (Natalie Cassidy), in which Kathy admits to being the happiest she’s been in a long time, Rocky’s mood changed.

Afterwards, he decided to take shocking action, seemingly in an effort to ruin his relationship with Kathy, as he betrayed her trust and spilled the beans about Bobby (Clay Milner Russell) role in Lucy’s (Hetti Bywater) death to Harvey Monroe (Ross Boatman).

Harvey was disturbed to learn such a thing, and without context, he jumped to the conclusion that Bobby was not someone to be trusted.

Therefore, he headed over to No.45, and barged in, much to Kathy’s shock, demanding that daughter Dana (Barbara Smith) leave with him at once.

Kathy demanded to what his problem was, prompting Harvey to admit that he knows all about how Bobby killed his sister, branding him a ‘murderer.’

He was left in shock to realise that Dana knew all about her beau’s past, and thus made her leave the premises.

Kathy, meanwhile, was shocked to discover that it was Rocky who had betrayed her and Bobby, and thus she wasted little time in setting off to track him down.

Rocky drowned his sorrows at the Queen Vic, evidently knowing that his actions would spell the end of his relationship.

Kathy gave him what for, but Rocky was nonchalant about the whole thing, claiming that he thought Harvey deserved to know the truth.

And in upsetting scenes, he decided to end his romance with Kathy, telling her that he no longer thinks she’s ‘fun’.

Kathy, heartbroken, told Rocky that he’s not the man she thought he was, before walking out with tears in her eyes.

Rocky, meanwhile, fought back tears, as he downed his drink.

There is evidently a reason as to why Rocky decided to break off his relationship with Kathy in the wake of discovering that she’s happy with him.

With discussion of marriage having set him off down this path, one can’t help but wonder if he’s perhaps got a secret wife?

Or is there another reason to explain his actions tonight?

EastEnders continues Tuesday August 10 at 7:35pm on BBC One.