Taron Egerton showed off his singing chops in the animated film “Sing,” but he’s about to take on one of the most legendary songbooks in music history in the upcoming “Rocketman.” The biographical drama casts the 28-year-old as the legendary musician Elton John. The film is the latest from director Dexter Fletcher, who worked with Egerton on 2016’s “Eagle the Eagle” and is notable for stepping into replace Bryan Singer on the Freddie Mercury biopic “Bohemian Rhapsody.”

“Rocketman” is being touted by Paramount Pictures as an “uncensored” examination of John’s life in the years leading up to the release of his breakthrough 1972 album. The movie will jump through time and casts Jamie Bell as John’s music partner Bernie Taupin and Bryce Dallas Howard as John’s mother, Sheila Eileen. The script by “Billy Elliot” playwright Lee Hall is described as an “epic musical fantasy.”

In Paramount’s first look at “Rocketman” below, Edgerton absolutely nails John’s glam look, complete with glittery sunglasses, winged boots, and a gold lamé jacket. Next up for Edgerton is this fall’s “Robin Hood,” opening in theaters November 21. 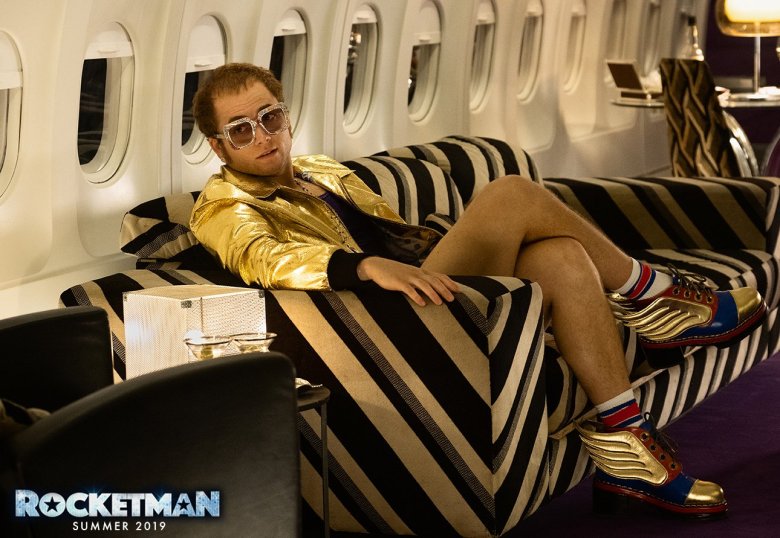