This Morning welcomed Judge Rob Rinder and journalist Kay Adams to take part in The View segment with presenters Ruth Langsford and Eamonn Holmes. One topic up for discussion was Prince William and Kate Middleton’s video calls to charities, school children and their message to Captain Tom Moore who has raised over £18million and counting for the NHS. Rob was full of praise for the royals and how they have adapted to ensure they can continue to carry out their royal duties. But he also took the chance to slam some A-list celebrities for their contribution during the coronavirus crisis.

Last week, the Duke and Duchess of Cambridge carried out the first royal engagement via a video call to school children whose parents are working on the frontline helping battle COVID-19.

Since then, they sent Captain Tom Moore a video message, thanking him for his incredible hard work in raising millions of pounds for the NHS.

This Morning raised the latter and Rob offered his opinion: “Can I just say it’s also about the contribution that people in the public eye are making and how wonderful it is Kate and Will are doing that.

“They’re doing precisely what royals should do and being reassuring and speaking to the nation,” he added. 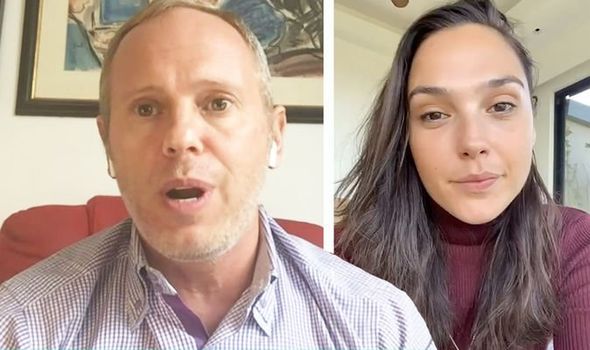 Rob then turned his attention to celebrities: “And the celebrities in large brackets – that have talent – that are choosing to entertain us, that is completely and utterly marvellous.

“And if you don’t have that talent, I simply don’t understand why you think it is a helpful contribution to take selfies behind your self-secluded moat.

“Give money quietly and thoughtfully to charity – much needed charity at this time. Otherwise, it seems to me, shut up,” those watching at home saw him rant. 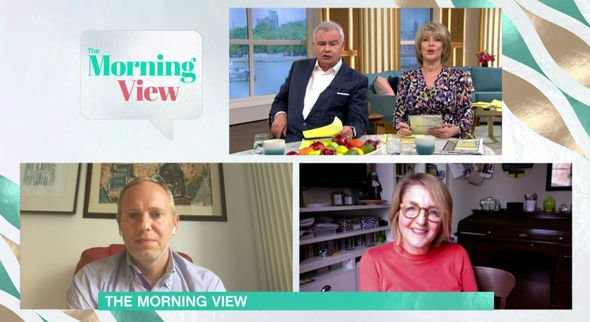 Rob then turned his attention to Hollywood actress Gal Gadot’s clip – which features an array of A-list stars singing a line from John Lennon’s Imagine.

The aim was to lift people’s spirits during the worldwide coronavirus pandemic, but it received immense backlash.

“I watched that Imagine video, with Gal Gadot where she smugly looked into the camera and said ‘I’m helping people.’

“Words can’t overstate how grotesque I thought it was, when at a time people need help, there she was with her A-list friends self secluding no doubt with staff, and that sort of thing, saying ‘Imagine if there was no heaven’ as families are confronting just about the worse.

“It’s laughable! These people are modern-day Marie Antoinettes and it didn’t go well for her in the end,” he remarked.

“Or use your privilege QUIETLY by donating your – much needed – money to charity, otherwise do shut up. Selfies don’t help. #MarieAntoinettes.”

“You are the voice we’re all screaming in our heads … thank the lord for rob and his plain talking truth,” another wrote.

“Thankyou for voicing common sense and decency,” a tweet read.