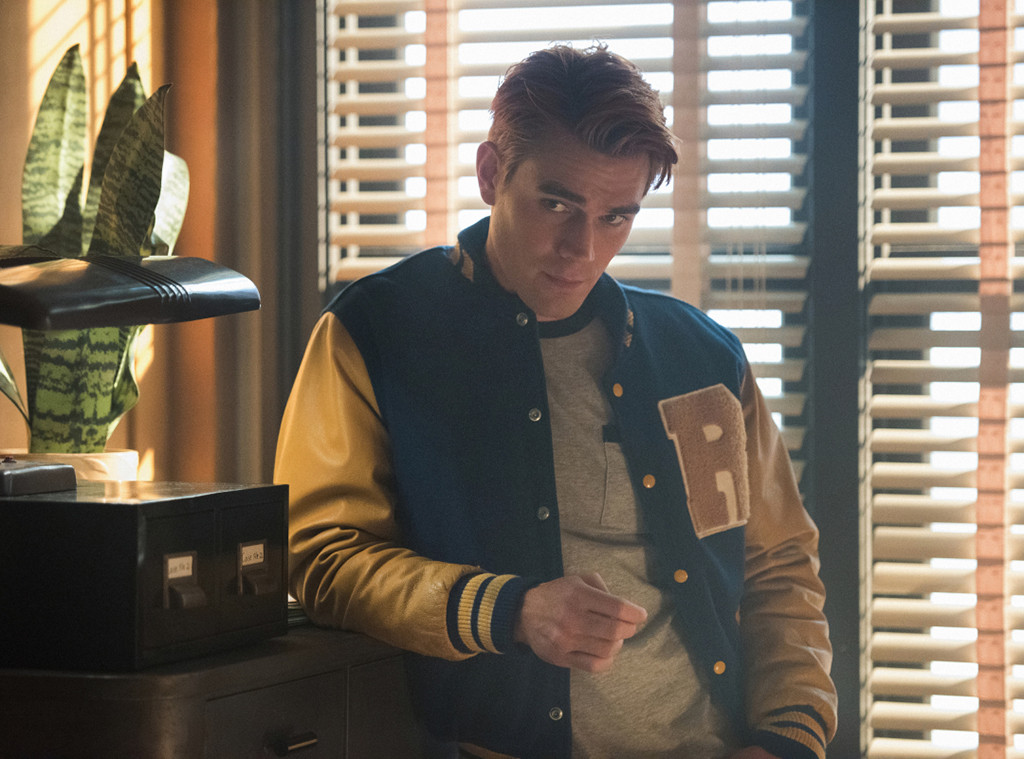 There were no Spring Break flashforwards in tonight’s Riverdale, but that doesn’t mean we don’t have anything to speculate about.

We’ve got a lot, in fact, thanks to whatever insanity is going on at Stonewall Prep. Jughead discovered that his grandfather was the original writer of the first Baxter Brothers book, and not Mr. Dupont.

He made the really very smart decision to confront Mr. Dupont privately, and Mr. Dupont got incredibly angry and threatened to expel him. Then, when Jughead was next in his writing class, Mr. Chipping began to say that the class would next be exploring Heart of Darkness, but he didn’t quite get through a whole sentence about the loss of a man’s moral compass.

He suddenly stopped, turned around, said “I’m sorry Jughead that I couldn’t help you,” and then DIVED THROUGH THE WINDOW.

Later, the class learned that Mr. Dupont would be taking over the class, which is nothing but bad news for Jughead.

So first of all, did that really just happen? Did that teacher really just throw himself through a stained glass window? Was the window really that fragile that he was so easily able to do that?

And then why did he do that? Was he possessed? Drugged? Or did he do something that made him feel so guilty he just couldn’t take it anymore? What did he mean by “I couldn’t help you?” Help him with what??

There’s definitely a vast conspiracy afoot at Stonewall, and somehow Jughead’s right at the center of it 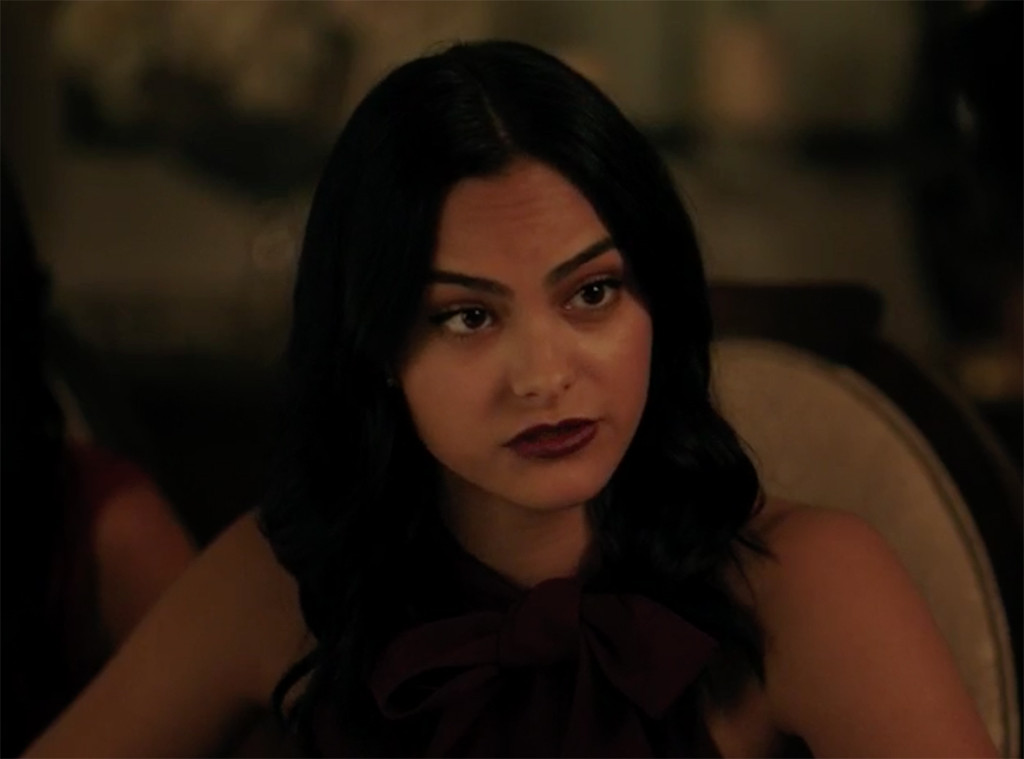 Betty (with some help from Jughead) dug deeper into Charles’ past and even went to visit Chic in prison. Along the way she discovered that at the very least, Charles wasn’t being honest about his past.

After Betty’s visit, according to Charles, he gave up the info about that guy she and Alice killed and buried after he broke into their house looking for Chic. Charles helped the family cover it up, proving he’s a good guy. Or not, because then we saw him visit Chic in prison, calling him “babe” and saying “I love you.” So yeah, he’s shady, and in love with a sketchy murderer.

In Cheryl’s world of corpses and evil dolls, her aunt and uncle showed up asking to sell the family business, intent on finding a reason to get rid of Cheryl. They had a perfectly valid reason when her uncle discovered Jason’s corpse chilling in the chapel, but when he attacked Cheryl, Toni attacked him. And now she’s in a bit of a war with her suspicious aunt.

Veronica did her best to get rid of her newly freed dad and her new mysterious half-sister, but her silly parents decided to get back together and renew their vows, and Hermione invited Hiram back in the house. The biggest crime committed here was that Hermosa replaced Veronica’s portrait with her own, and if you don’t think that pissed Veronica off, you’d be wrong.

And then there’s Archie, and something to do with an arcade. We will be honest here and say that our eyes glaze over whenever Archie’s community center storyline is happening, but we did catch that the dude he’s been worried about has been attacked, and now Archie fears for his life. Hopefully this is related to something sometime soon cuz it just does not compare to evil boarding schools and evil half-brothers and evil dads.

Anyway, next week, an ice storm comes to Riverdale, and it sounds like it’s gonna wreak some havoc for Thanksgiving.

Riverdale airs Wednesdays at 8 p.m. on The CW.