RITA Ora had a great time playing around with her boyfriend Romain Gavras and their pals on a boat in Formentera.

The pop star, 29, looked over the moon as she frolicked with Romain on the luxury boat and canoodling up to him in the water. 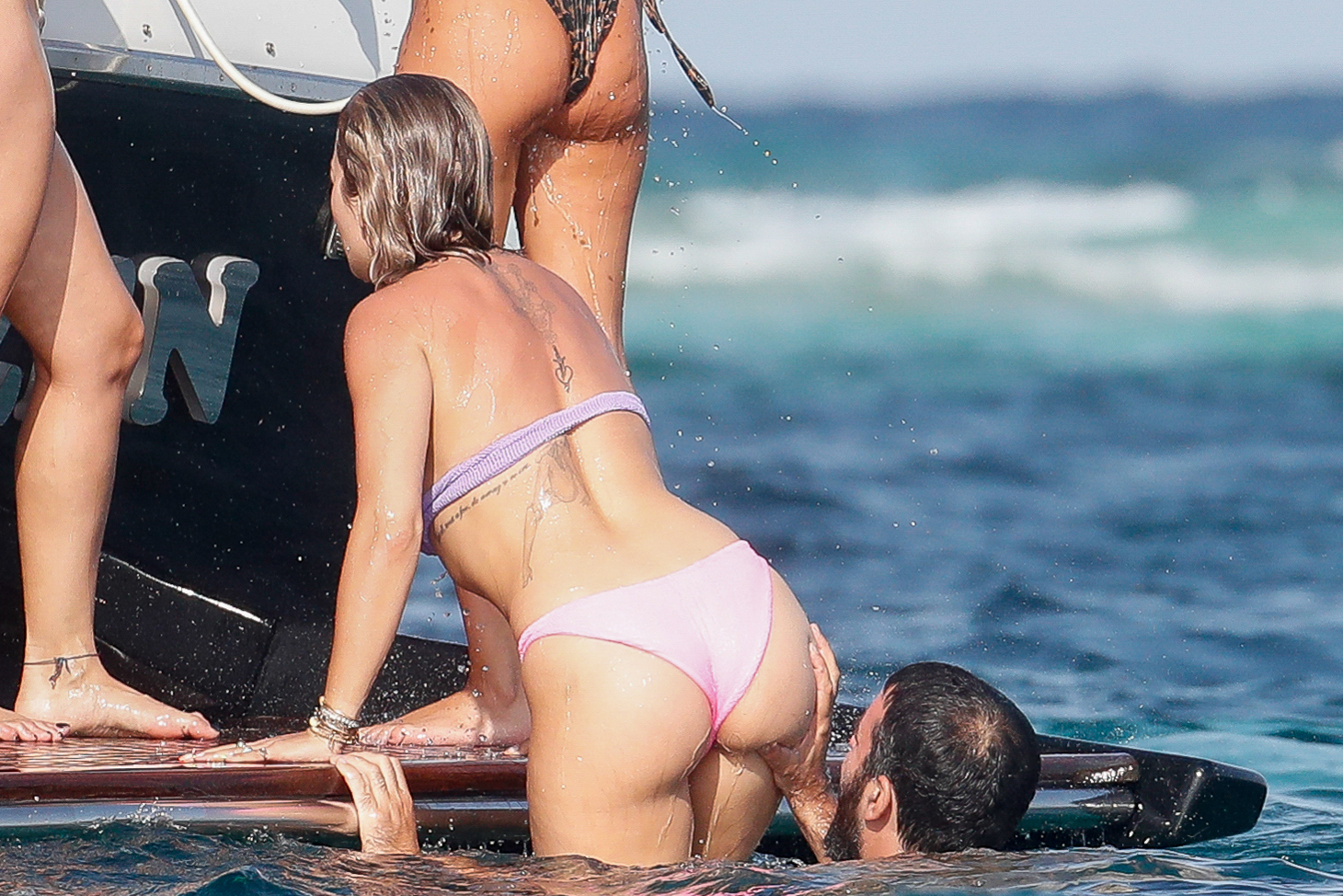 Rita once again rocked her lilac strapless bikini top with clashing pink bottoms on the day out in the sun.

The happy couple were spotted as Romain jokingly pushed Rita into the water.

But she beat him the next time she went but expertly diving into the sea.

Romain made sure to keep a close on his girlfriend, even giving her a boost with helping hand on her posterior as she leapt back up onto the boat. 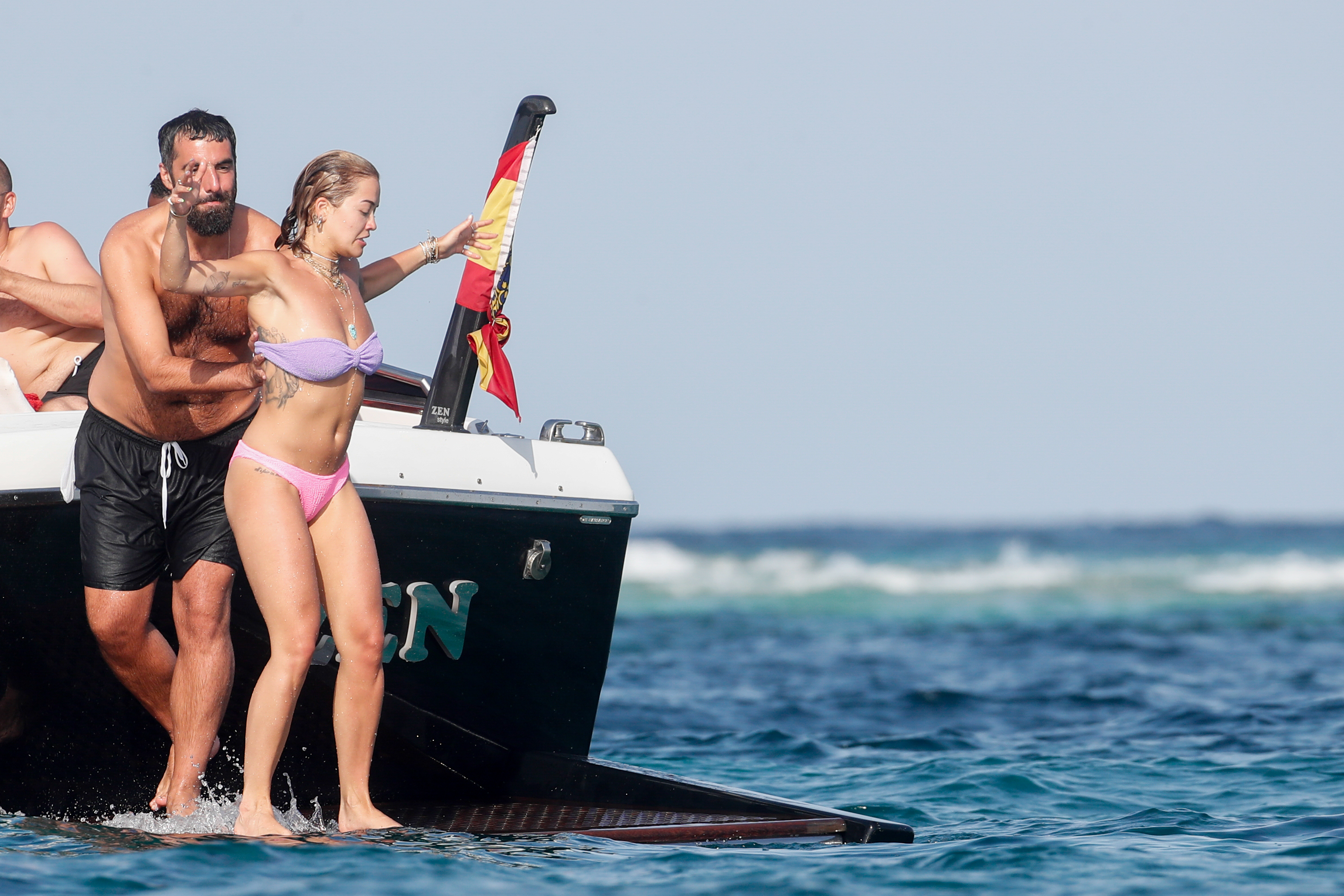 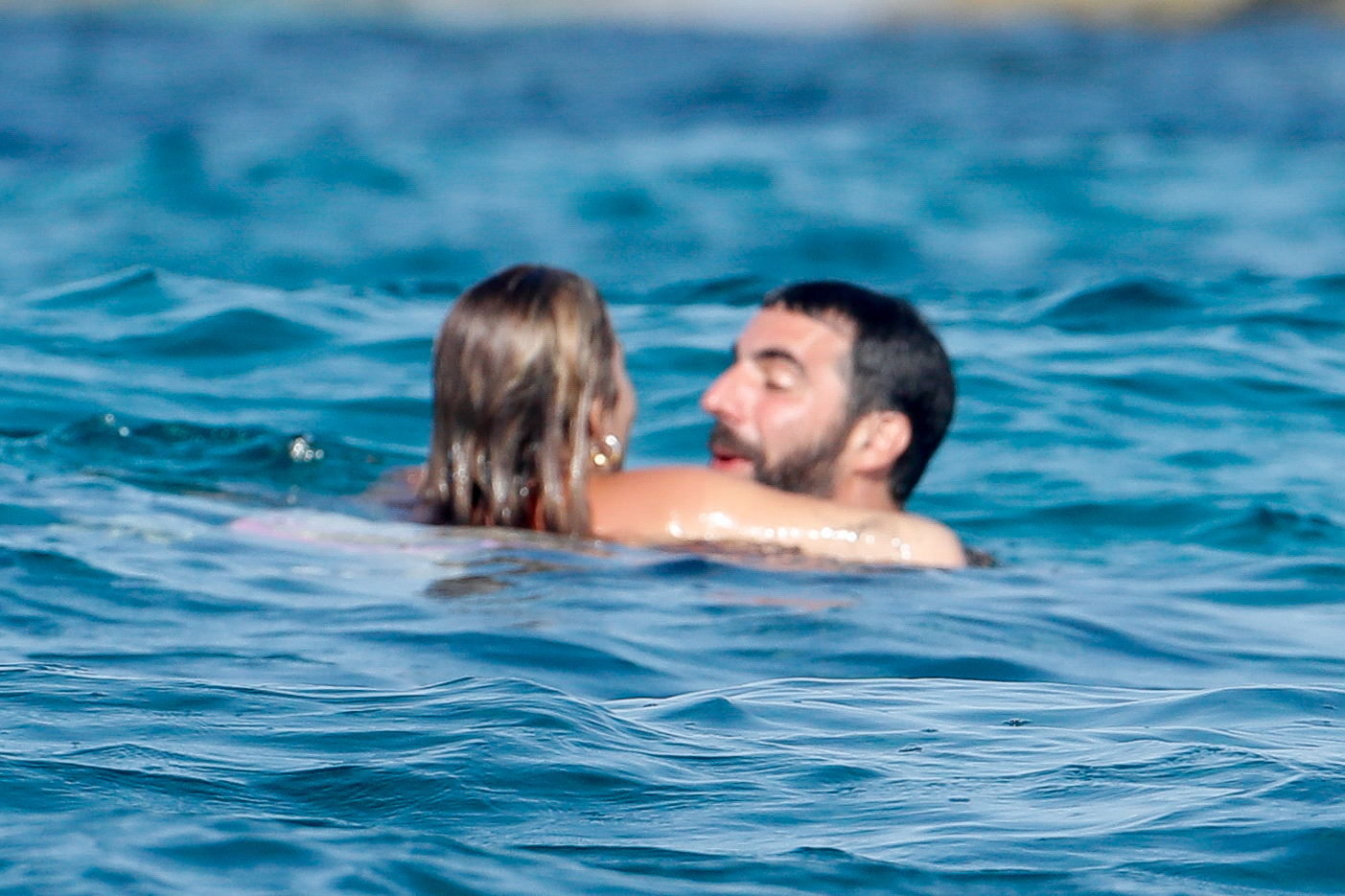 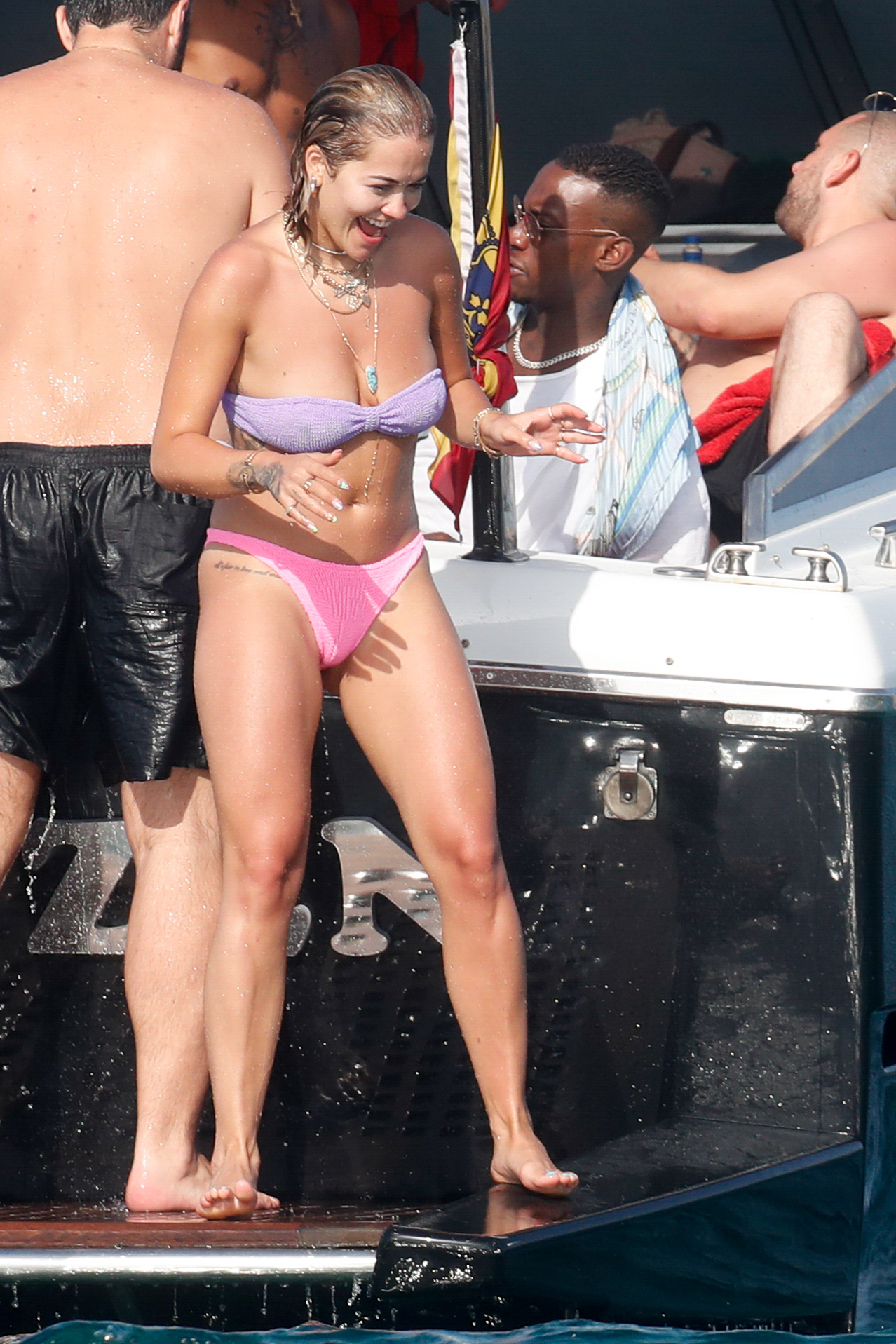 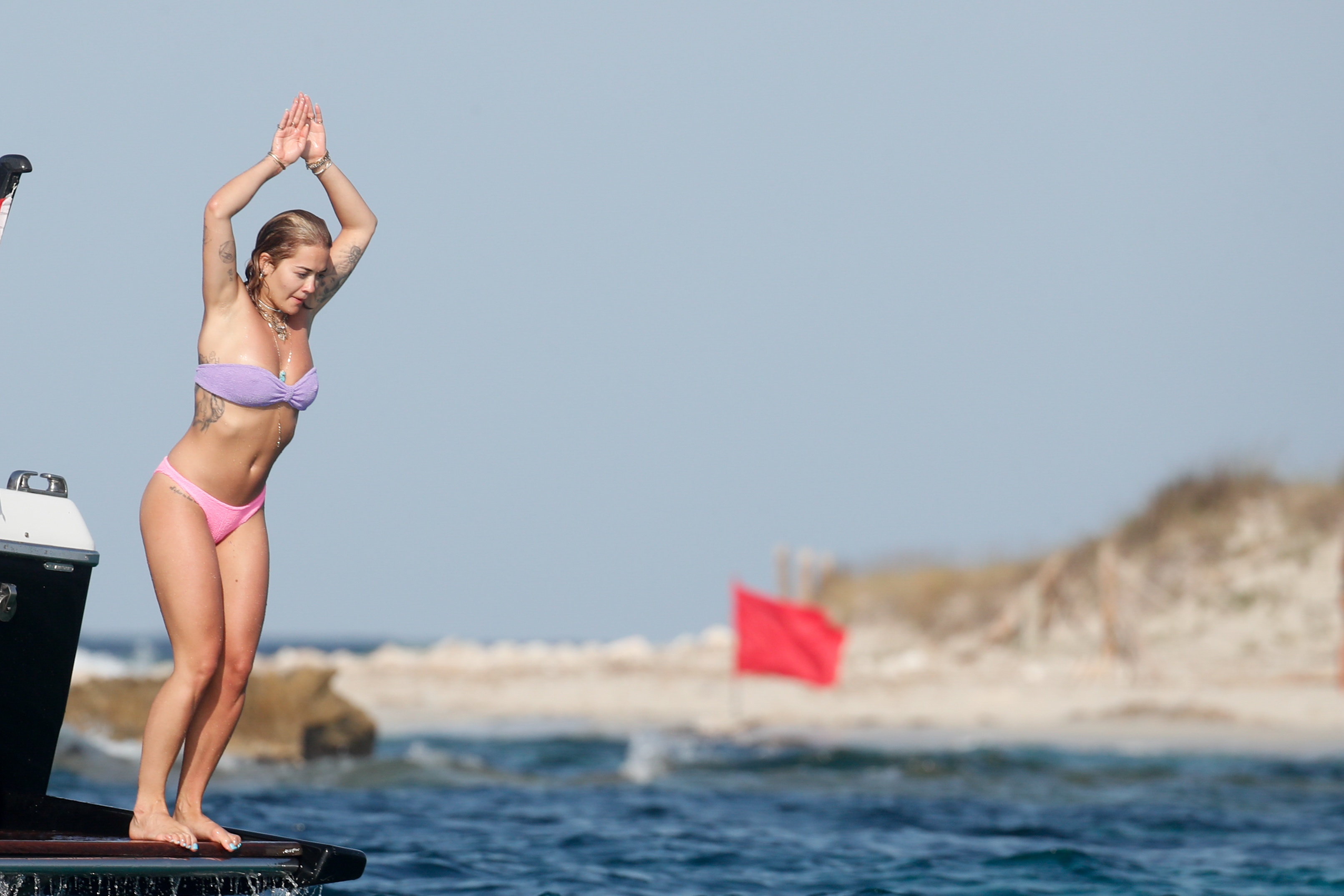 They have been enjoying a sunny holiday in Spain and after The Sun revealed she is in a serious relationship with music video director Romain.

Rita was spotted on a big night out with tycoon Faton Gashi and a group of pals – but friends close to the star insist she's in a relationship with Romain.

They have been an item for four months — with the romance said to be going from strength to strength.

An insider said: “Rita was hitting the town with friends including Faton. 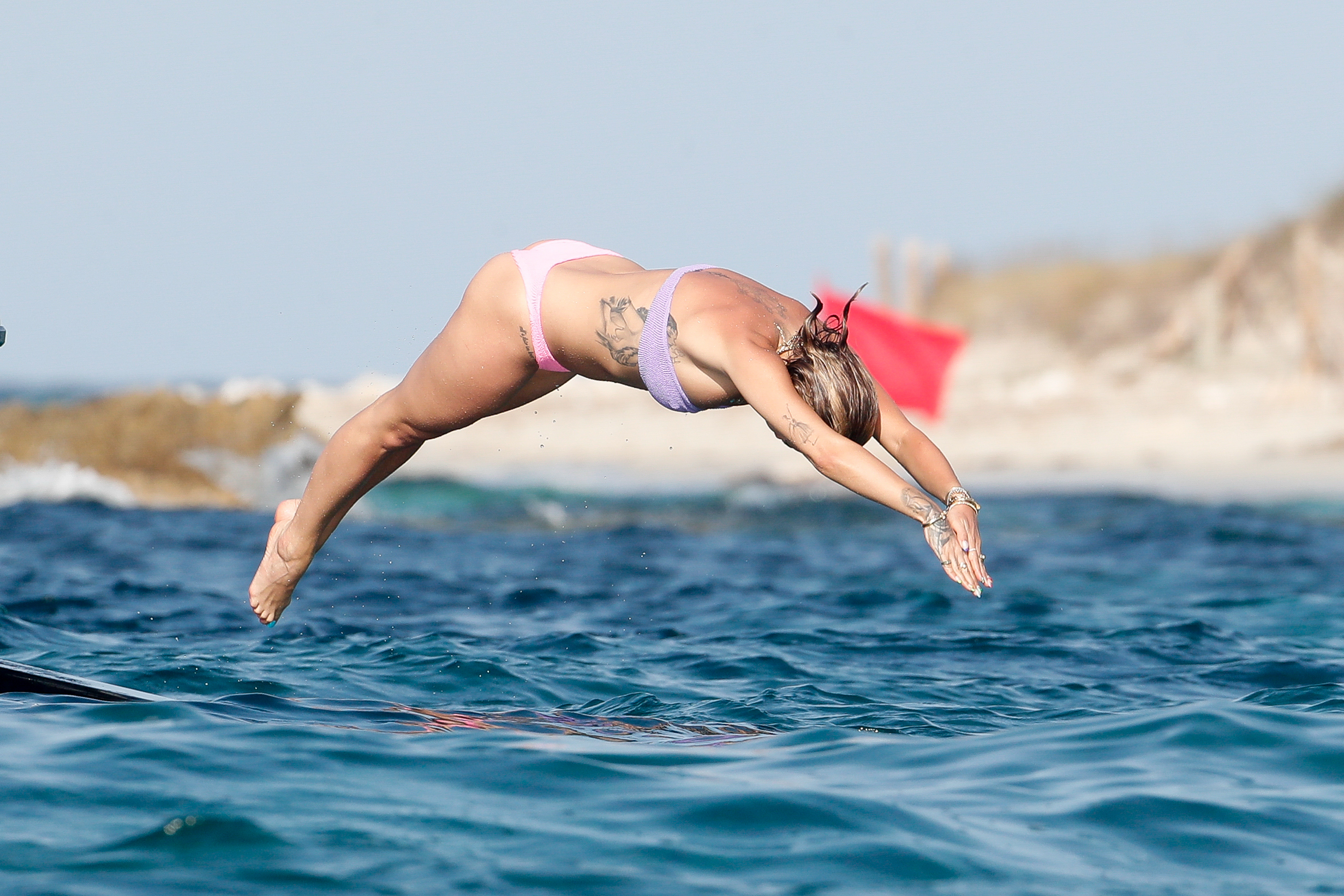 "But she’s in a serious thing with Romain and properly loved up.

"It’s the first time she’s been serious with someone in ages.”

He directed the "Bad Girls" music video in 2012 for M.I.A, for which he was awarded two MTV Video Music Awards for Best Cinematography and Best Direction. 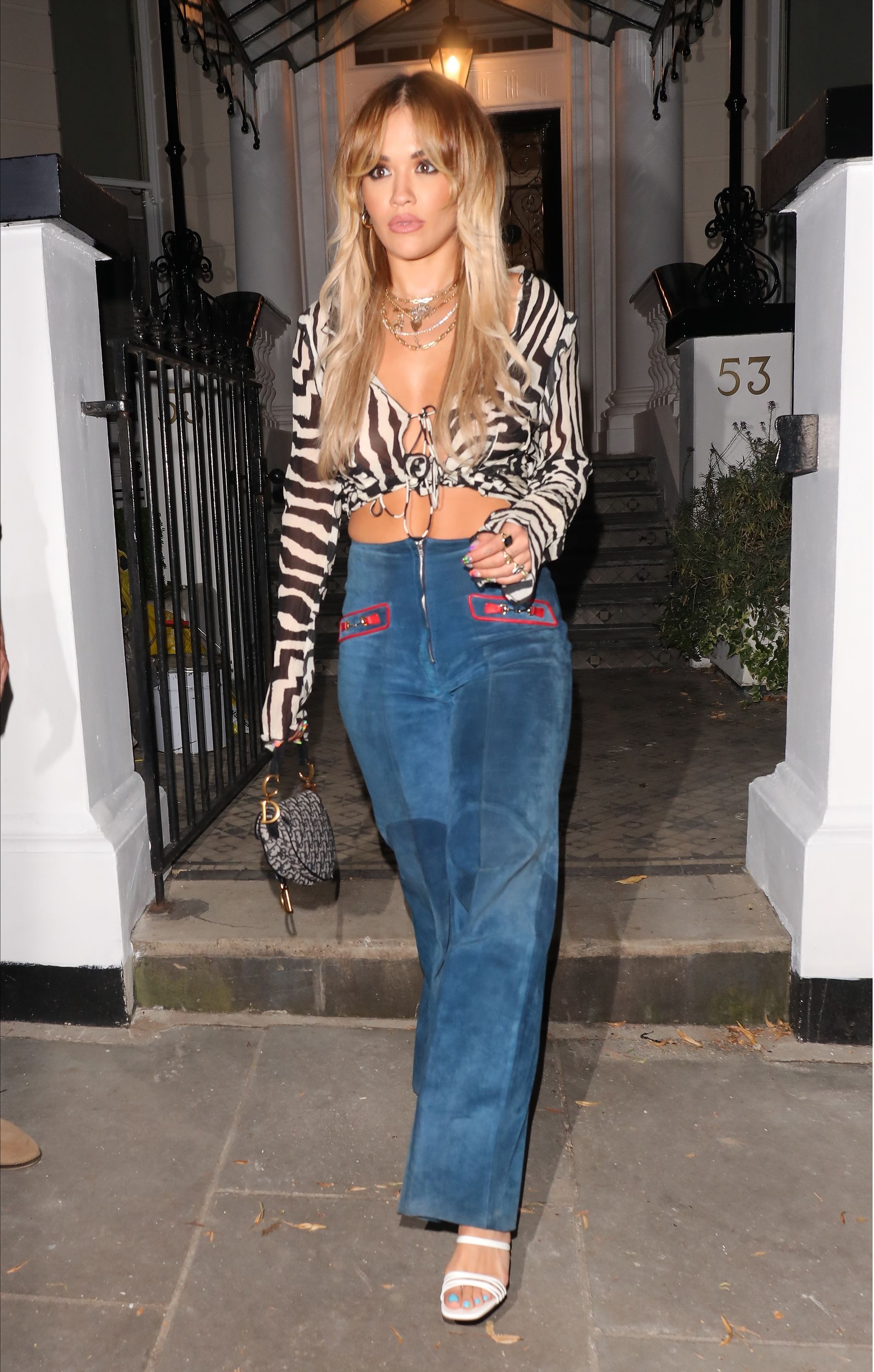 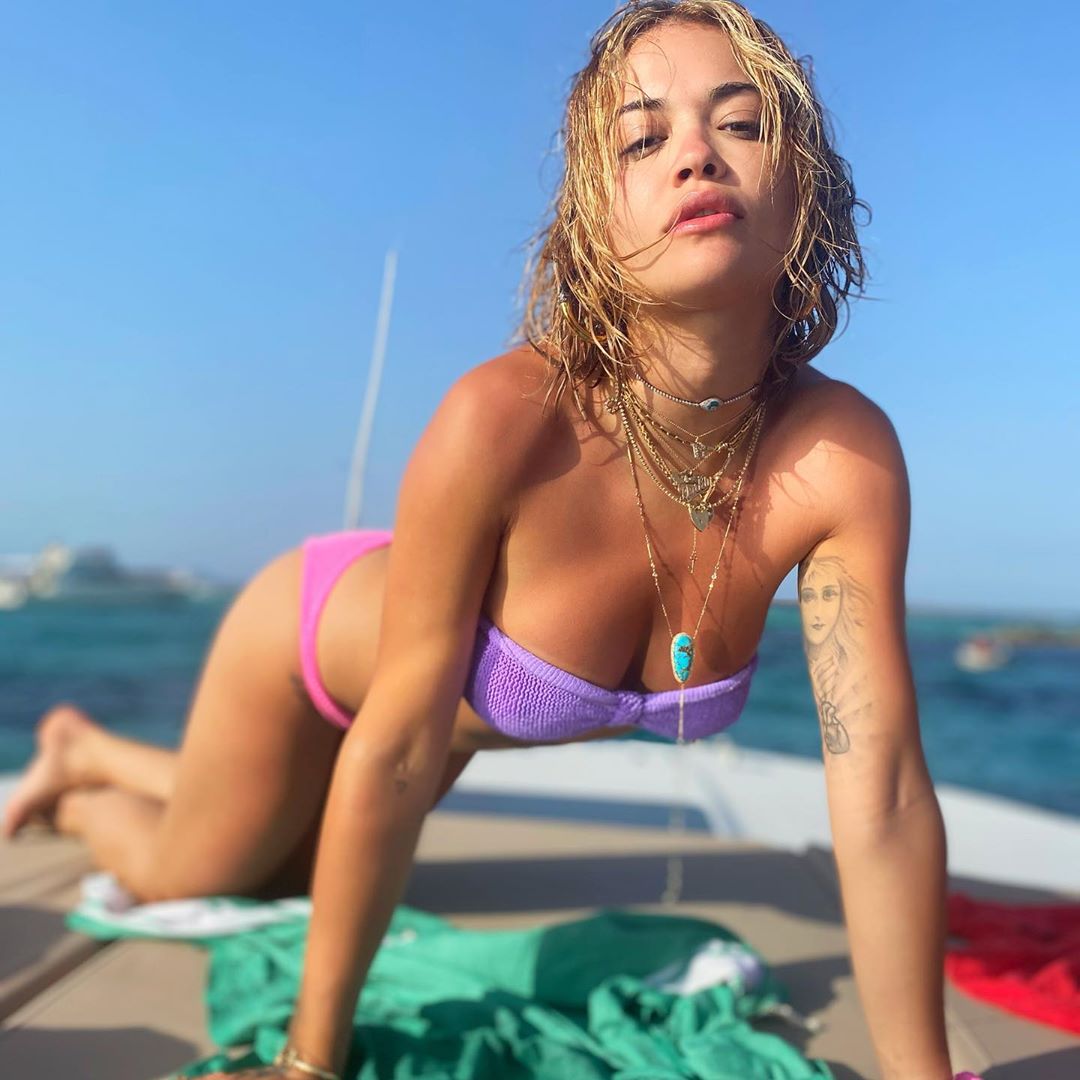 In the past, Rita as been with musician Andrew Watt, rapper Ricky Hill, and even Scottish DJ Calvin Harris.

The day before their Formentera jaunt, Rita shared photos of herself posing for the camera on Instagram – and even looking seductively down the lens.

She captioned the images: "When she think she cute but her nose is burnt"

In other pictures taken on the day, the Girls singer is seen taking a dip in the sea before dancing for joy on top of the yacht.