Teddi Mellencamp from The Real Housewives of Beverly Hills just dropped a bomb on what fans think is the drama about to unfold on the show. Mellencamp said the rumored affair between Denise Richards and Brandi Glanville is not the main source of the drama and nearly the entire cast is involved. 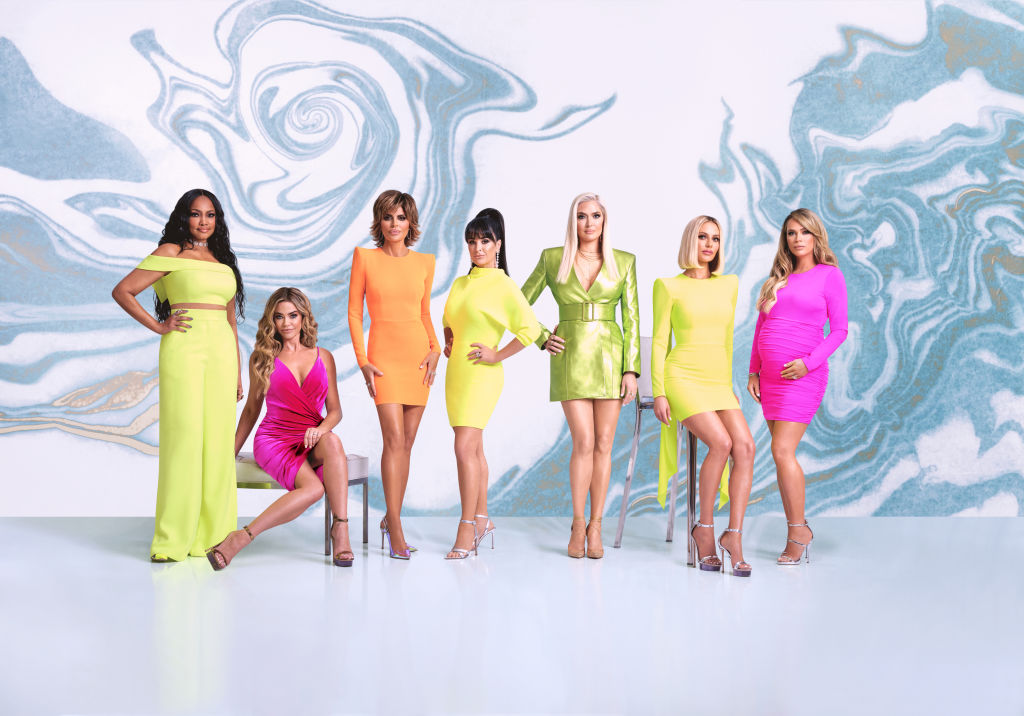 Mellencamp shared with ET that the Glanville drama with Richards is “Not the story. I mean, that’s juicy and people are interested in it because, it’s, you know… But there’s definitely more that involves all of us, that affects everybody differently. I mean, whatever they’re doing on their own time really has nothing to do with me.”

“A lot of things were going down with Denise,” Mellencamp continued. “That’s really the issue, what happened with Brandi, I mean, that’s just, like, what they’ve played out in the press, but that’s not what any of us, or myself, had any situation with Denise about.”

The ‘Bravo Bravo Bravo’ moment came before the Glanville rumor

Previews captured a moment when Richards yells “Bravo! Bravo! F**king Bravo!” Richards makes this exclamation at dinner, which apparently she learned to do to force producers to avoid using the footage. Mellencamp said the moment shown in the preview was before the Glanville drama surfaced. She tweeted about the clip and Richards claimed the ladies were the ones who taught her that trick.

“Bravo Bravo Bravo always keeps it rolling even when you try to control things,” Mellencamp tweeted. Richards replied, “You were that someone that told me [email protected] about it.” Mellencamp said she never told Richards to use the “Bravo” line to force producers’ hand.

“I never said [that], and I can assure you if I had [done that before], they would’ve used it,” she insisted. “It’s not like I’m living it up in the happy life of everyone loving me every time.”

Mellencamp added that Richards pulled the “Bravo Bravo” move more than once that season too. “I can’t really say too much, but what I can say is, when you sign up to do the show, you show the good, the bad and the ugly,” she told ET. “And if your primary focus of being on the show is what the audience is gonna think about you, and not what us, what each one of your friends is feeling? That always ends up backfiring, because you’re trying to control a situation that can’t be controlled and the people that are living it with you can feel it.”

Mellencamp thinks Richards will come to the reunion

During the season opener, the women share that they don’t think they’ll ever see Richards again. She also stopped filming with the cast in December. Mellencamp thinks perhaps Richards was trying too hard to confirm an impression about herself on viewers and it backfired.

@TeddiMellencamp's arrival to the 90210 makes a splash on the #RHOBH Season 8 Marathon TOMORROW @ 6am ET! #StayHomeWithBravo

“I think she saw what people like to see in her and then tried to double down on it and then maybe it didn’t… maybe it didn’t work out so great,” Mellencamp told ET. “Because here’s the thing: all of us can be jerks from time to time. All of us can say things that we’re gonna regret. … [But] if you’re only trying to show one part and you’re OK with kind of putting it off on other people, it just doesn’t work out.”

The Real Housewives of Beverly Hills airs Wednesday at 8/7c on Bravo.