Disney film stays No. 1 while the industry takes another step towards recovery 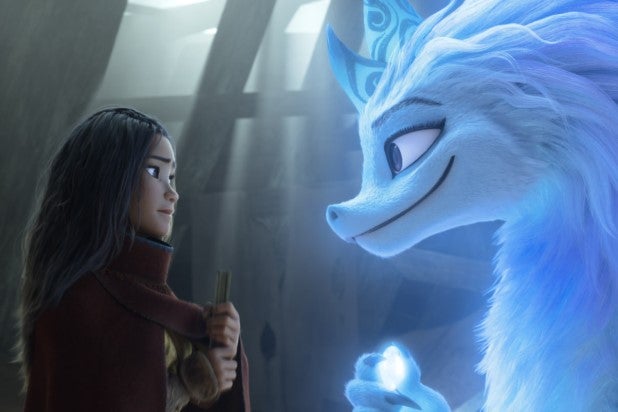 This weekend’s top 5 at the box office remained the same as last weekend’s, with Disney’s “Raya and the Last Dragon” staying No. 1 with $5.4 million from 2,163 locations in its second weekend and a 10-day domestic total of $15.8 million and $52.6 million globally. But a boost may be coming next week as theaters in Los Angeles have been given the clear to reopen.

A combination of increased vaccinations and lower COVID-19 infection and hospitalization rates has allowed L.A. County to move to the second tier of California’s reopening tier system, which permits movie theaters to reopen with a 25% capacity limit. That milestone, combined with continued reopenings in other major cities like New York, should be enough to push the number of open cinemas in the country to over 3,000 next week.

But for now, Comscore reports that the reopened theater count has actually decreased slightly from 2,848 last weekend to 2,713. This is attributed in part to some independently-owned cinemas temporarily closing again to mitigate operating costs until a major title that owners believe can bring out moviegoers will arrive in theaters. That may be in two weeks, as Warner Bros. will release “Godzilla vs. Kong” in theaters and on HBO Max on March 25.

Down in tenth place on the charts is Sony Pictures Classics’ “The Father,” an adaptation of Florian Zeller’s critically-acclaimed play about a man suffering from dementia. Directed by Zeller and starring Anthony Hopkins and Olivia Colman, the film was released at 900 locations this weekend and grossed $390,000. With a 99% Rotten Tomatoes score, the film is expected to be a contender in several major categories at the Oscars, which announces its nominations on Monday.

Finally, Disney reports that “Avatar,” which reclaimed the all-time box office crown from “Avengers: Endgame” on Saturday, earned $21.1 million from a re-release in China, making the 2009 James Cameron blockbuster the first non-Chinese film this year to lead the country’s box office charts. “Avatar” made $202 million in China during its initial run, then a huge number for the country but has since been dwarfed by films like “Endgame” and the “Fast & Furious” films as China has developed into a box office titan during the 2010s. Disney now estimates the all-time gross total for “Avatar” at just over $2.8 billion.