After months of waiting, the premiere of Power Book II: Ghost Season 2 is finally just days away. The show first launched in 2020 and follows Power character Tariq St. Patrick as he adjusts to life without his father. Tariq enters the drug trafficking business and becomes involved with the Tejada crime family, but in doing so, puts everything he loves in harm’s way.

It had a riveting first season culminating in a finale that left everyone wanting more. While details about Power Book II: Ghost Season 2 have been scarce, we just got a little more insight into what to expect when the show returns. According to Gianni Paolo, the second season isn’t just about the fallout over Professor Jabari Reynolds’ murder, but also the friction between Tariq St. Patrick and his character Brayden Weston. 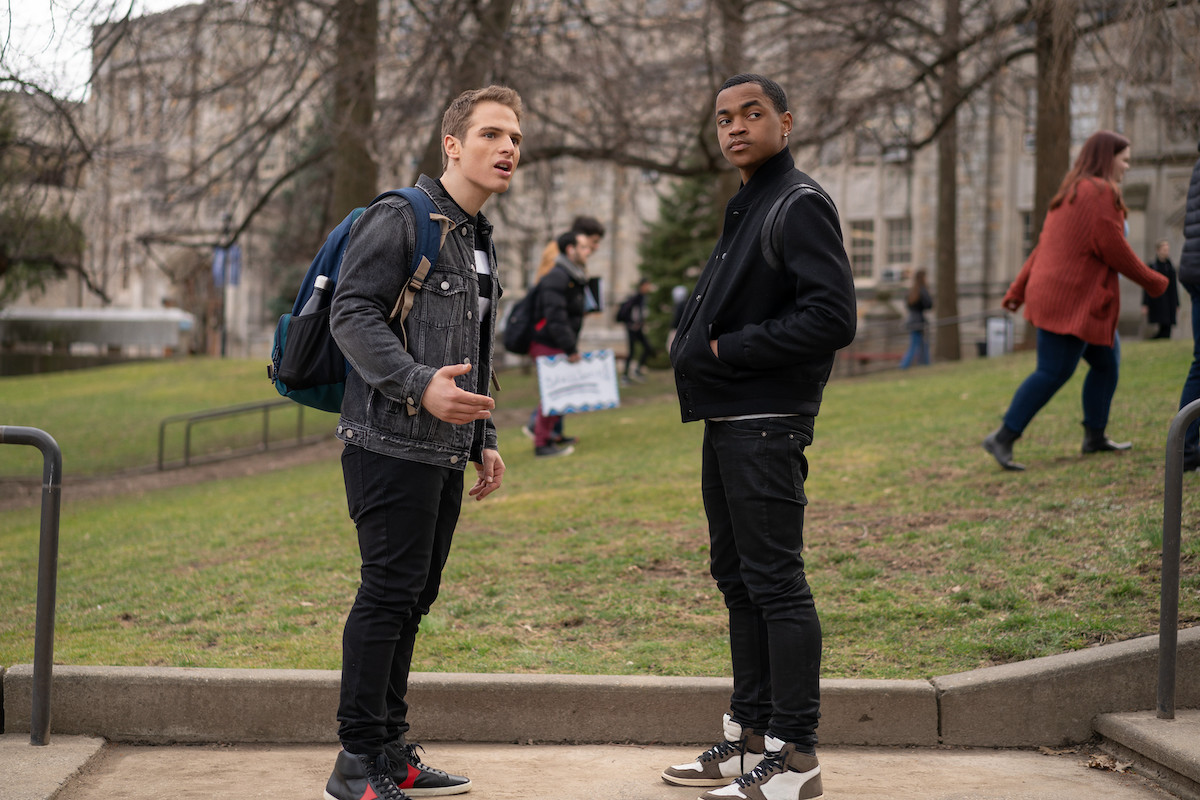 Tariq and Brayden are BFFs in ‘Power Book II: Ghost,’ but they don’t always see eye-to-eye

As fans may remember, Tariq became friends with Brayden at Choate, the boarding school he attended after the death of his sister, Raina. The two were roommates and eventually started selling drugs around campus. Though Brayden is privileged and from a wealthy family, he enjoys the thrill of selling drugs and running with Tariq. After the school expelled Tariq, the two reconnected at Stansfield University, where they continue their drug dealing.

Though Tariq initially kept Brayden in the dark about certain aspects of the business, it put a huge strain on their friendship. Brayden can’t see why Tariq would keep secrets, but Tariq feels there are some things that just have to be kept close to the chest.

Paolo on the second season of ‘Power Book II: Ghost’

As the show gears up for its second season, the website The Knockturnal caught up with the cast of Power Book II: Ghost for an interview. Paolo teased that in season 2, fans would get to see major differences between Tariq and Brayden when it comes to running their business.

“It’s not a Brayden and Tariq scene if we’re not arguing about what’s going on with the business, so you’re going to see a lot of loyalty being tested,” he teased. “But you’re also going to see a lot of them bonding and truly understanding each other more and why we make these decisions.”

“You know, it’s Brayden and Tariq so we obviously have differences in what believe in,” Paolo continued. “But it’s all for the greater good, in my opinion. So you’re going to see a lot of deepening of relationships.”

But the big focus is on that murder

As Tariq tries to keep business going, he’ll also have to deal with killing Reynolds, which executive producer Courtney Kemp says will cause a big response at school.

“Where we had begun an encroachment of his drug life into his school life with the incidents that took place in episode 8 with the attempt on his life and the body in the pool, now his whole drug life is crashed into his campus life in a real way,” she told Entertainment Weekly. “And Tariq definitely feels like he’s walking around as a ticking time bomb. His relationships are going to get more complicated, and while that’s all happening he’s still got a love life.”

There’s a lot going on for sure. Fans can watch the new season starting on Sunday, Nov. 21.