The presenter, 53, was forced to pay up on Good Morning Britain after learning that runners-up Jamie Jewitt and Camilla Thurlow were still together. 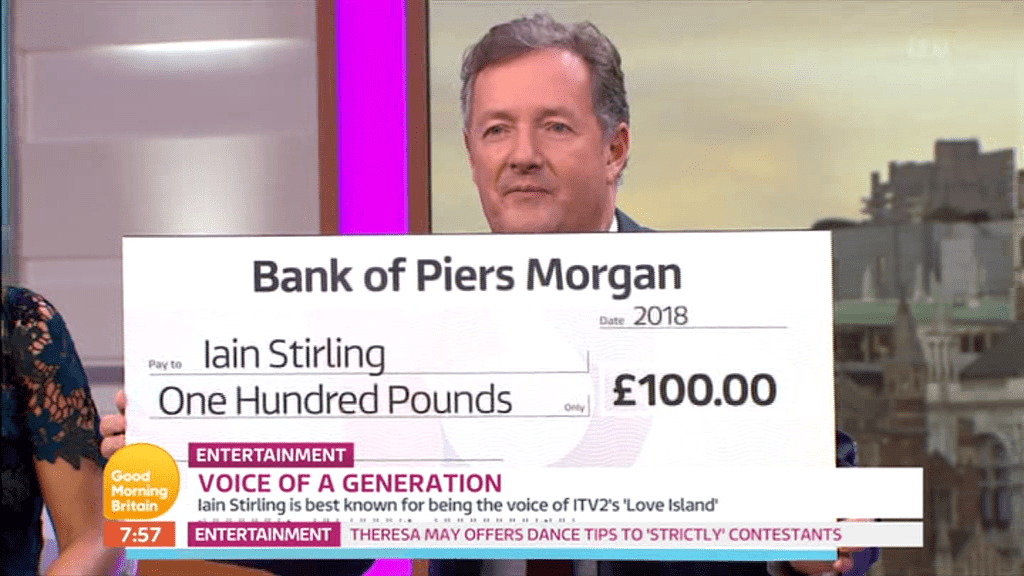 Piers, who is known to dislike the ITV2 show, claimed "no one ever stays together" during an interview with Iain last year.

On today's show Iain smugly revealed Jamie and Camilla were still in love, forcing Piers to splash out.

Bringing out a huge cheque from "The Bank of Piers Morgan", the host said: "As a man who honours his bets and debts, here's £100." 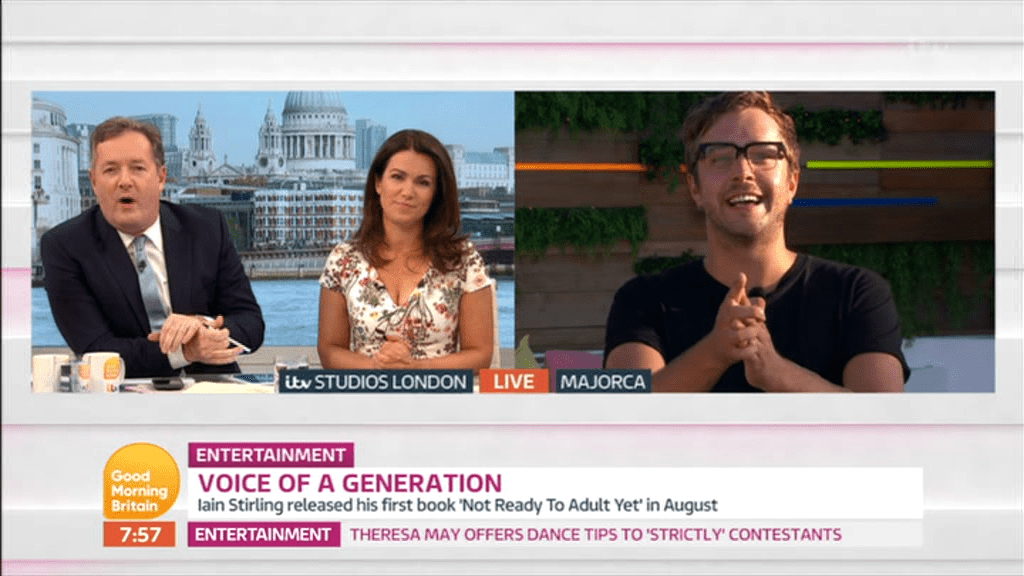 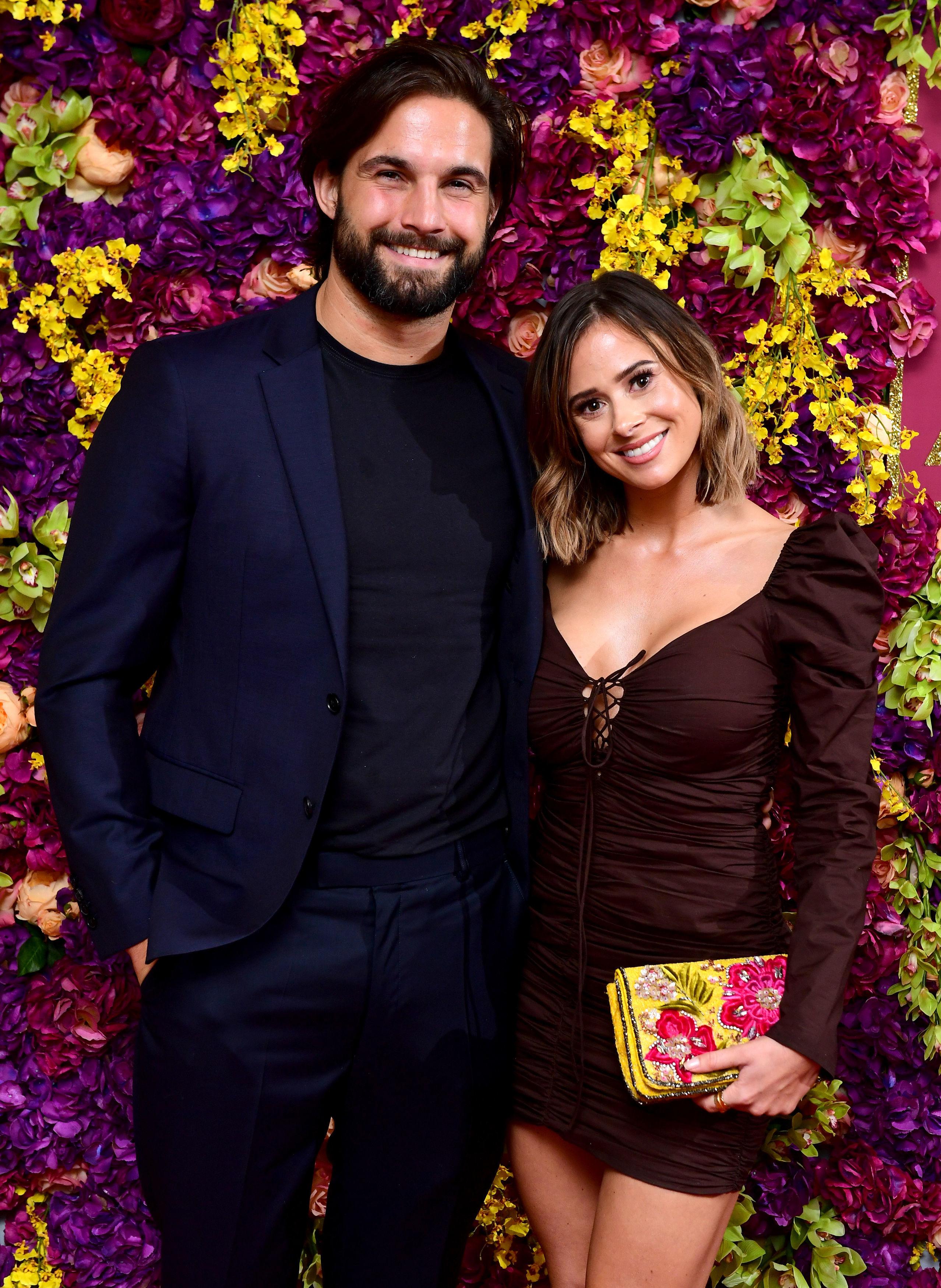 Iain later revealed on Instagram that the money will be donated to mental health charity Mind.

Winners Amber Davies and Kem Cetinay split weeks after they took the title, while Olivia Attwood and Chris Hughes parted ways during filming for their spin-off show soon after. 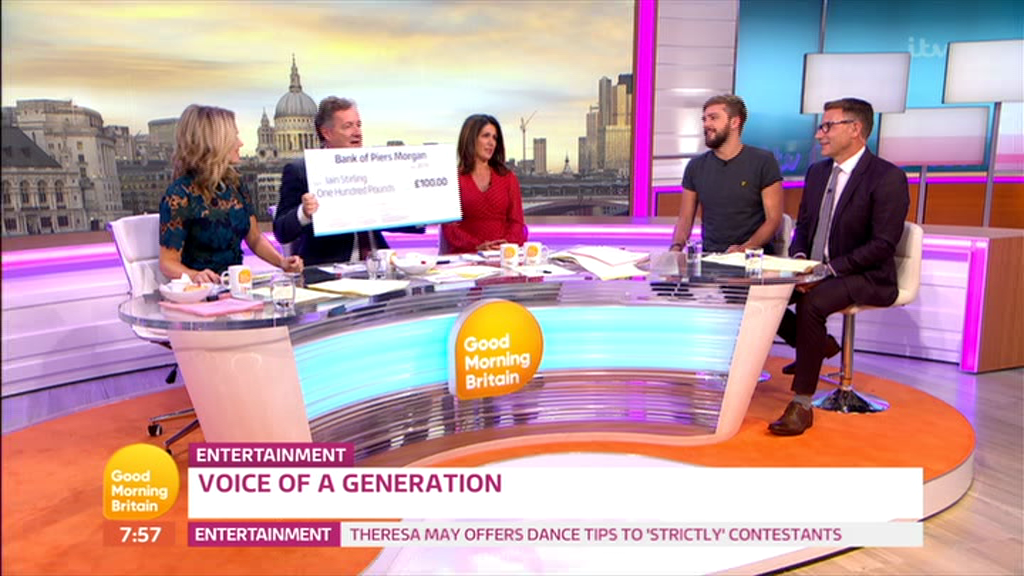 Gabby Allen and Marcel Somerville lasted almost a year before it emerged the Blazin' Squad star had been unfaithful during their romantic holiday in Mexico.

The same show saw Piers tell co-host Susanna Reid she was looking "hot" after she "fat-shamed" herself.

The flirty exchange came after Susanna revealed she had lost a stone  since ditching alcohol.