Peaky Blinders were aired on television screens back in 2013 and it quickly because popular with BBC Two viewers earning it several awards and a prime spot on BBC One. As fans catch-up during the coronavirus, they have noticed a blunder which occurred back in season two of the drama.

Series one started off shortly after World War I, when the older Shelby brothers returned and settled back in their hometown of Birmingham to run the family’s crime organisations.

After Tommy Shelby (played by Cillian Murphy) got sidetracked and fell in love with Grace Burgess (Annabelle Wallis) who was secretly working for the police, season two picked up a few years later in 1921.

Having conquered Birmingham, Tommy looked to increase his sphere of criminal influence and begun planning a take over of horse-racing in England, as well as shipping liquor to America which was under prohibition.

But first, he tried to get a foothold in the London crime scene by teaming up with Alfie Solomons (Tom Hardy), as he ran the hooch business out of Camden Town. 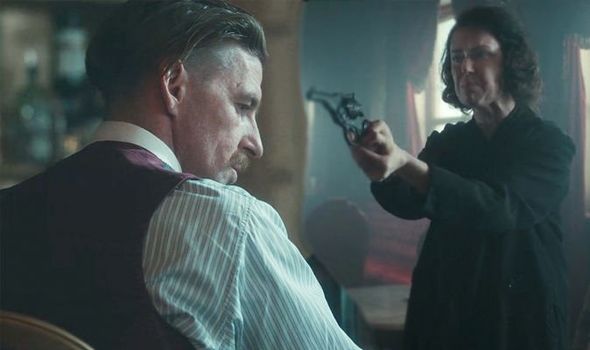 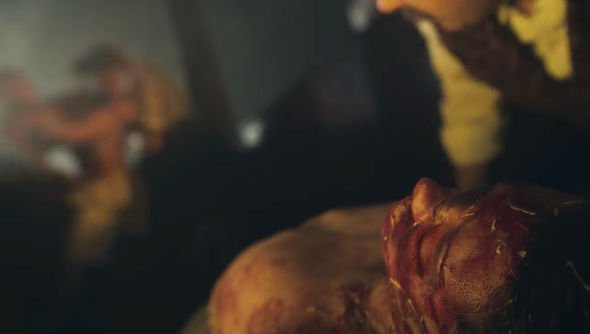 However, Darby Sabini (Noah Taylor) another gangster around town who controls the betting operations at the track wasn’t happy about this new partnership and ordered a henchmen to murder one of Shelby’s associates.

While Tommy is having to deal with a new rival, his brother Arthur Shelby (Paul Anderson) had a visitor at Garrison who reminded him of the fight he recently had in the ring when he beat his opposition – a young lad – to death.

In the previous episode, Peaky Blinders fans saw Arthur’s ongoing mental health and post-traumatic stress creep up on him.

Scenes showed him sparring in a boxing ring when he lost control and was pulled off the kid before any further damage was done. 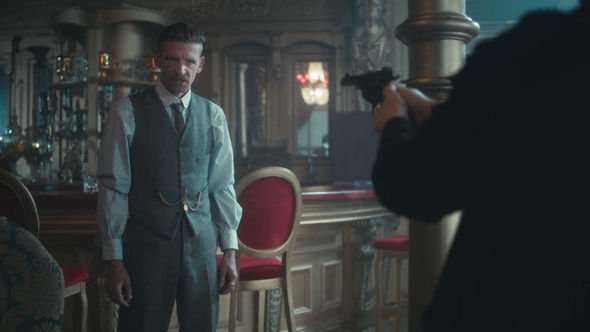 But it seems the punches he landed caused catastrophic injuries and killed the poor kid.

And it wasn’t long before Arthur’s actions caught up with him, but in the scene in which they did, viewers spotted a blunder.

“Lady jobs gone, vacancy’s filled,” Arthur growls and the lady explains: “I’m not a cleaner. I have come to clean away some dirt!”

Viewers saw her pull out a gun and Arthur turned and said: “Why don’t you put that away before it goes off?“ 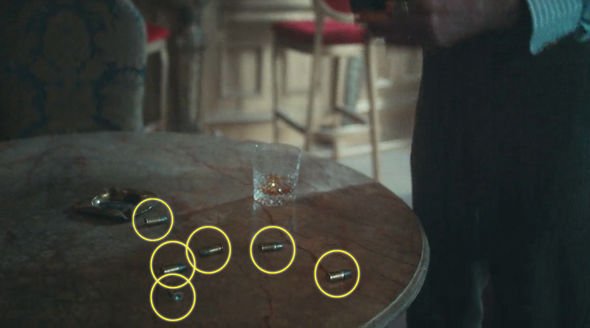 Realising what she was referring to, Arthur argued: “Your son was a boxer.”

“No! He was a boy…who got into a ring with an animal. I’ve come to stop you, because the coppers and nobody else will,” the lady exclaimed.

Arthur then told her if she was going to use the gun to do it properly, but she couldn’t go through with pulling the trigger at him and instead fired in the direction of the bar behind him.

With one shot already taken, it was surprising to see six bullets fall out of the gun when Arthur emptied it.

And fans noticed this, taking to moviemistakes.com to discuss, someone wrote: “When the mother of a boy Arthur beats to death while boxing comes for revenge, she fires a single shot from a six-shot revolver at Arthur’s head.

“Arthur then takes the revolver from her, ejecting 6 unspent bullets instead of 5.”

Peaky Blinders season one to five are available to watch on Netfix now.