Sam Heughan is joined by his Outlander co-star Graham McTavish, who many will know as Dougal MacKenzie for Men in Kilts. The pair travel across Scotland where the Starz series is set, tasting whiskey, taking on physical activities and learning about the history of battlefields such as Culloden. As the series drops on Starz this weekend, Sam reflected on his time shooting with Graham, opening up on the “pretty awful” part of the show.

The Scottish actor reflected on the tough challenges the pair were set as they tried to explore as much of the highlands as possible.

He admitted the scariest part “was the driving” as he got behind the wheel of a camper van.

However it was battling the elements which proved to be most difficult for the pair.

“We did a great number of physical activities, whether it was cycling down the Quiraing on bikes that have no brakes, or going up rickety old ski lifts, or hiking, or surfing,” Sam shared. 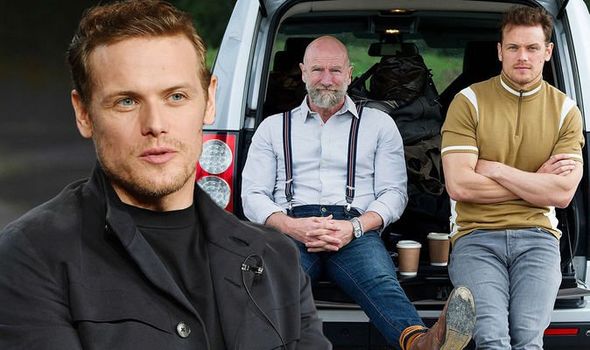 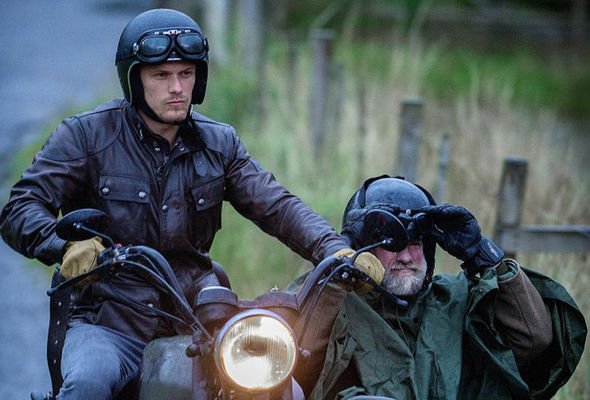 “There was a great number of things, but to be honest, it was the driving.

“We were driving this quite large camper van, and it looks like it was just the two of us, but at times, we did have the whole camera crew in there.

“So, being responsible for that whilst also presenting a TV show and trying to follow directions was, at times, quite scary.”

The actor added: “And the Scottish weather was pretty good, but occasionally it was pretty awful. For me, it was challenging, but great fun.” 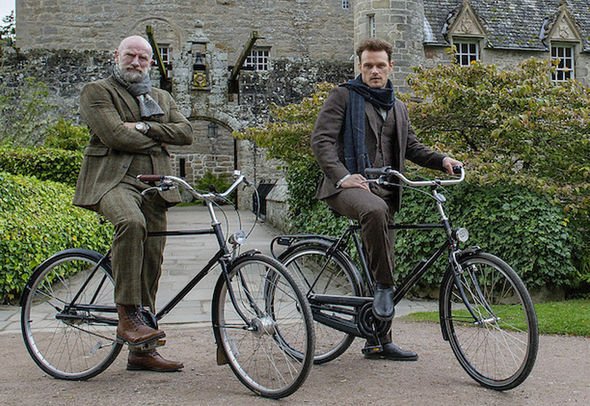 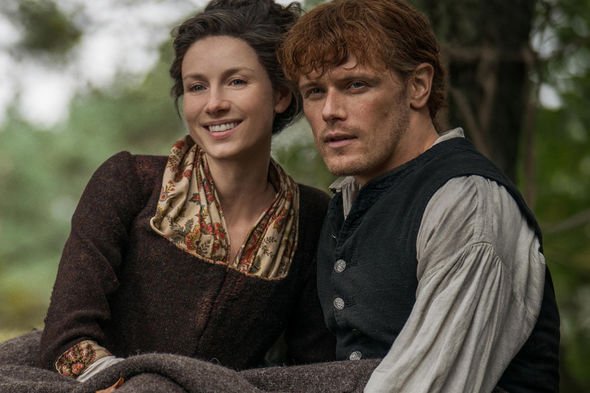 For Graham however, the biggest challenge was slightly different.

He told Collider: “Without doubt, rappelling off the side of a 300-foot cliff was definitely taking me out of my comfort zone.

“When you’re told that you only need to remember two things — walk backward and don’t let go of the rope — these are not words that you’re designed to hear.

“It doesn’t make sense. Walk backward, don’t let go of the rope? That was pretty scary.”

Fans of Outlander will no doubt be tuning into Men in Kilts as they await season six, which has just begun filming.

Production on the new series has faced a number of delays due to the coronavirus pandemic.

However, those enduring a long Droughtlander finally rejoiced when they were given a sneak peek at the new series.

Earlier in the week Starz posted a snap of Claire (played by Caitriona Balfe) and Jamie Fraser on social media.

The pair could be seen riding a horse and cart with concerned expressions on their face.

This won’t be too surprising as the pair will have to deal with the impending Revolutionary War in season six.

Much of the fighting took place in North Carolina where Fraser’s Ridge is based so it’s like the Fraser family will face some drama.

Outlander seasons 1-5 are available to stream on Amazon Prime Video and Starz. Men in Kilts are on Starz on February 14.