In the most recent season of Outlander, both fans of the show and Diana Gabaldon criticised a sex scene between Claire (played by Caitriona Balfe) and Jamie Fraser (Sam Heughan) as it was nothing like the moment included in the novels. Now, Diana has opened up on another moment involving Jamie which left fans disappointed.

Viewers will recall Claire left Jamie before the Battle of Culloden in the season two finale and ended up back in her own time.

She went on to raise their daughter Brianna (Sophie Skelton) in the 20th Century believing Jamie had been killed in battle.

However, once she realised her husband was actually still alive, she travelled back in time once more.

Claire found Jamie working at a print shop in Edinburgh and was thrilled to reveal he had a daughter who looked just like him. 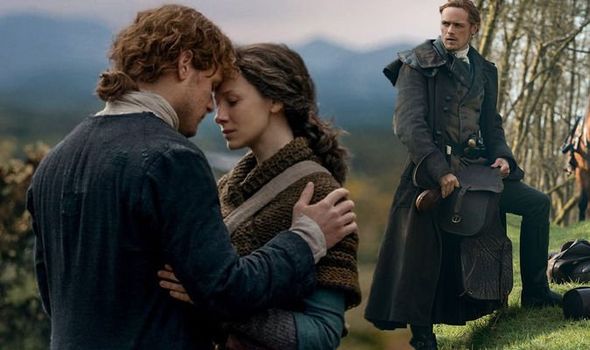 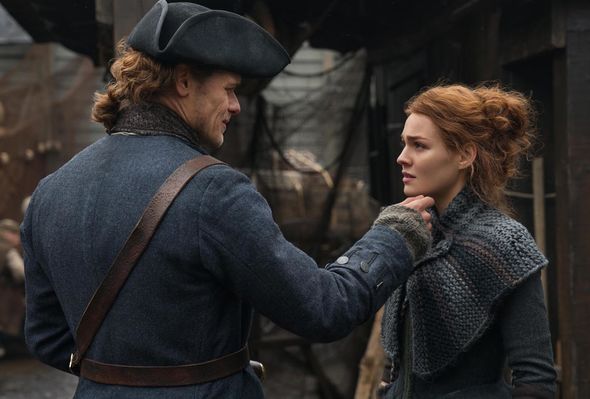 The moment is incredibly touching and one fans of Diana’s books were desperate to see.

However, the author has revealed fans have had “fits” over actor Sam’s interpretation of the scene.

Speaking on the Outcasts podcast, she recalled: “I don’t know if you noticed in the show but in season three, when Claire comes back to Jamie and shows him pictures of Brianna.

“Okay well in the book this is a moving and affecting scene, this is one of the main reasons she’s come back. It’s to show him his daughter and all that. 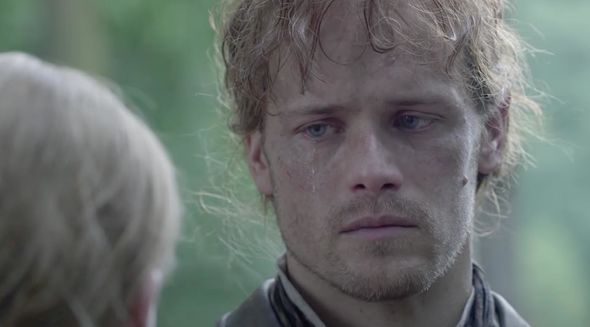 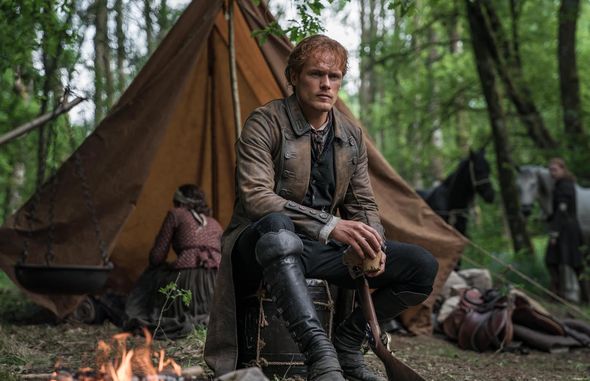 “And in the book he looks shocked and straight faced because he can’t think of what to do for a moment and then there’s a line that says, ‘Then he turned toward me and with the improbable grace of a tall tree falling, he leaned on my shoulder and went completely and thoroughly to pieces.’

“Okay, so this is a line with a lot of impact and people want to see that.”

Diana continued: “Instead, well back in episode two of that season, there was this very deeply emotional scene after Fergus has his hand cut off and Jamie’s waiting to see if he’s alive and his sister comes out and says ‘Yes, he’s alive,’ and Jamie just falls to pieces.

“He falls literally to his knees and is just going to pieces in her arms.

“I saw the tape for that and I wrote to Sam, ‘This is absolutely brilliant, you know wonderful stuff. But, I’m a little concerned because that is what people are expecting to see you do in episode six, you know, you don’t want to be doing the exact same thing of course.’

“He said, ‘No you’re right but I’ve thought about that and I’m going to go to pieces in a completely different way.’

“And I said, ‘Okay fair deal,’and he did and that wasn’t what they were expecting to see.”

Diana added: “So they had fits and the complete impact of the scene was lost because they didn’t get to see that line.”

It came after Diana explained why it was so important for certain scenes to be portrayed in a particular way for fans.

She told hosts Tim Downie and David Berry: “It was one of those scenes they call iconic scenes.