Outlander season six is just around the corner and fans are keen to see Jamie (played by Sam Heughan) and Claire (Caitriona Balfe) return. In the meantime, they have been revisiting old episodes and have enjoyed seeing their favourite characters from the past on the screen. They are still mourning the departure of Stephen Bonnet (Ed Speleers) and here’s what he is up to now.

Stephen Bonnet was a pirate whom Jamie and Claire meet when they leave Charleston in South Carolina.

In the summer of 1767, he was due to be hanged, but escaped the gallows and managed to hide.

He asked Jamie to help him escape the town and he narrowly avoided recapture.

But instead of thanking Jamie for his help, he later decided to ambush his ship to steal gems.

Bonnet’s comeuppance was in the fourth season when he was confronted over taking Brianna (Sophie Skelton). 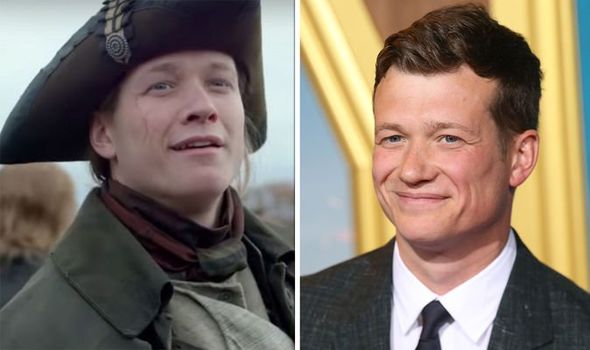 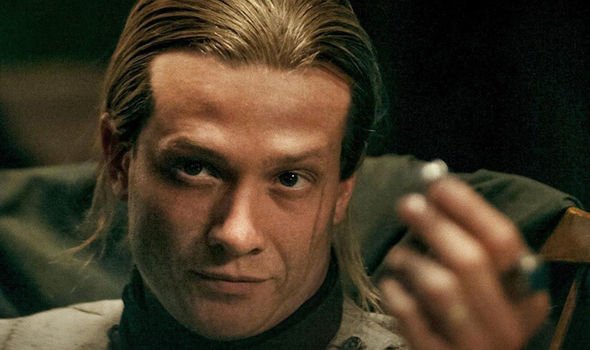 He was sentenced to death by drowning, but Brianna shot him in the head due to his fear of drowning.

Fans have taken to Reddit to discuss his character and they would have loved to have seen him play a bigger role.

One said: “Rewatching season 4 and I forgot what an amazing actor Ed Speleers really is. Wish they would have played out the Stephen Bonnet storyline a little longer.”

Another said: “Definitely an evil character… Even some of the face expressions Ed made playing Bonnet is off-putting.” [Sic]

A third added: “Loved to hate Stephen Bonnet, my favourite show villain… Ed Speleers is a great and charismatic actor.” 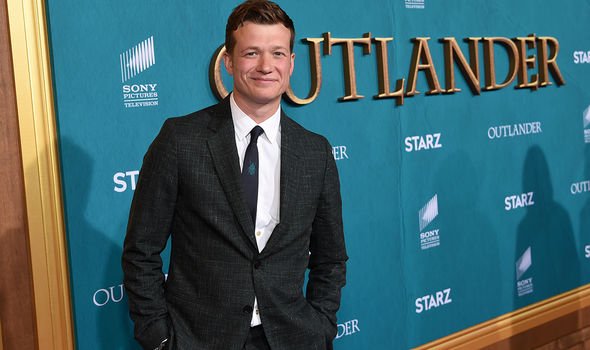 Actor Speleers is a 32-year-old star from West Sussex in England, and he is known for playing the title role in the film Eragon.

He also starred in Downton Abbey as Jimmy Kent for a total of 17 episodes.

The star is on Instagram and he has been keeping fans up to date with his latest adventures.

He is currently training for a charity 200km run along the South West Coastal Path.

The actor is raising money for the National Brain Appeal and has already raised more than £6,500. 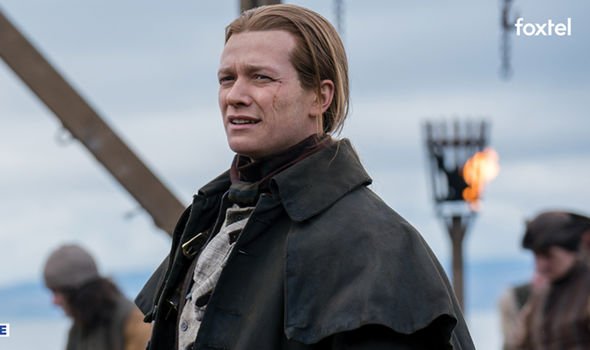 The challenge will take place on May 22, 2021, and all of his followers are behind him.

He has also been recording audiobooks including classic like David Copperfield by Charles Dickens.

The actor was also involved in the creation of a short film called Dad Was, which was shot in Glasgow.

Speleers spoke out about his character’s death in Outlander and he told Town and Country Magazine he was “pretty upset” to leave.

He joked: “My beer dropped to the sand when I realized I was now going to be unemployed.”

He praised Diana Gabaldon for giving Bonnet the interesting character trait of having a fear of drowning.

He added: “I think it’s a great character detail that Diana [Gabaldon] has come up with, to make this sea-fearing man a pirate.”

With the coronavirus pandemic still impacting TV production, Speleers does not seem to have any particular TV projects in the pipeline at the moment.

Nonetheless, his fans continue to follow his career with interest as they have called him an “amazing actor”.

Outlander is streaming on Starz and Amazon Prime Video.