Roger (played by Richard Rankin) first displayed his singing talents in season three of Outlander when he performed at the Scottish festival he attended with Brianna Fraser (Sophie Skelton). Speaking about his relationship with his co-star, actor Richard revealed he “drove everyone nuts” as he prepared for the scene.

The star of the series explained he really pushed everyone to their limits as he was constantly rehearsing.

Richard told Entertainment Tonight: “You know what? I drove everyone absolutely nuts.

“I basically spent every minute of every day learning to play that track and it drove the crew nuts, so that was fun.”

Roger also displayed his singing talent in season five when he played for his son Jemmy and the men who were preparing to follow father-in-law Jamie Fraser (Sam Heughan) into battle. 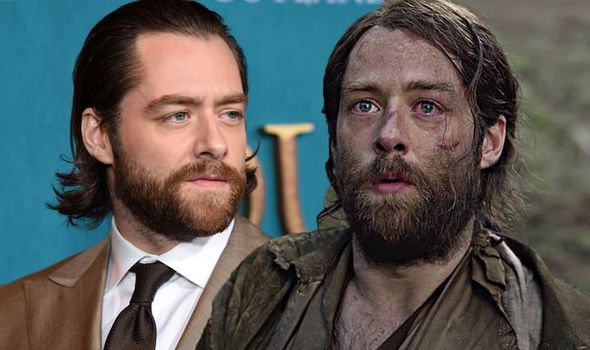 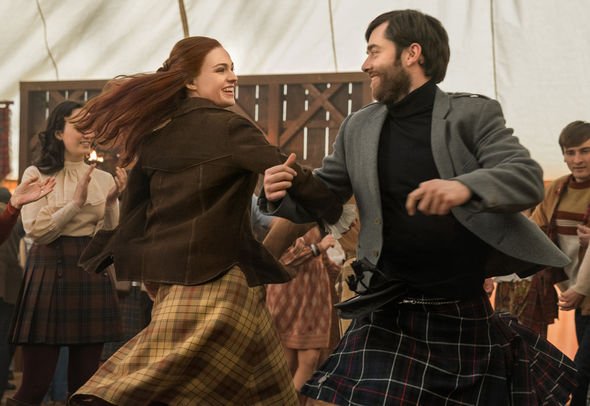 But despite annoying the cast and crew practising his singing, Richard admitted he has a good relationship with Brianna star Sophie.

He continued: “It was really nice because I think we have a lot of trust in each other as actors and a lot of confidence in working with each other.

“There was never any issues there and I feel that we could really connect.”

Roger and Brianna have been through a lot during their short time together – they’ve both travelled back in time 200 years, dealt with the terrifying Stephen Bonnet (Ed Speelers) and Roger’s near-death experience. 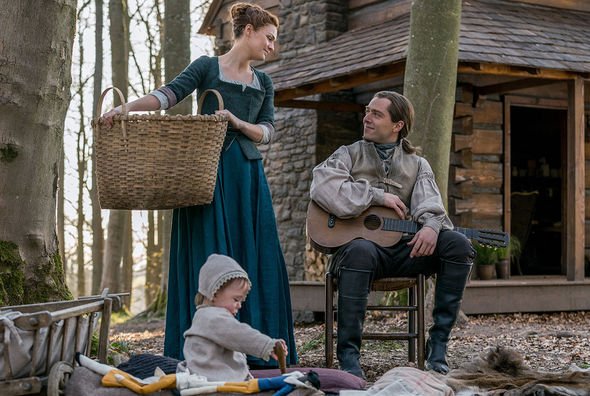 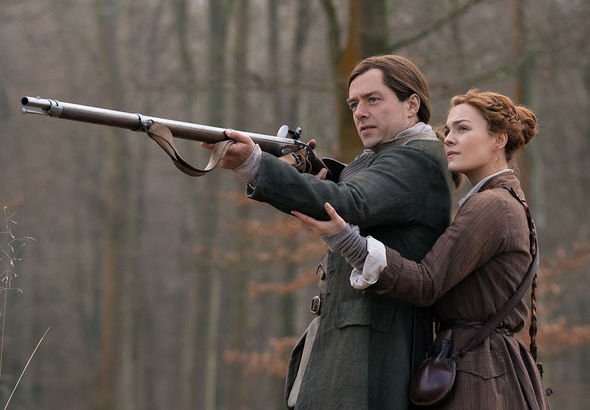 The penultimate instalment of season five, Journeycake, saw Brianna and Roger decide to travel back to the future through the stones after they learned Jemmy could also time travel.

While author Diana Gabaldon wrote the episode, she made a small change to the end which left fans stunned.

Instead of ending up in the future, the family of three simply returned to the 18th Century as it was revealed they’d been thinking of home, which they now thought of as Fraser’s Ridge.

The change may have come as a surprise but it was surely a welcome one for Claire (Caitriona Balfe) who had been violently assaulted by Lionel Brown (Ned Dennehy).

It now looks like Roger, Brianna and Jemmy will be sticking around in the 18th Century as they help Claire recover from her rape.

Meanwhile, as the Starz series progresses, fans are keen to find out if Malva will be making an appearance.

Fans of the novels the show is based on will know Malva becomes an apprentice to Claire and falls pregnant.

She claims the child is Jamie’s and when she is later found dead on Fraser’s Ridge, the finger of blame is pointed at Claire.

While showrunners have remained relatively tight-lipped about the introduction of Malva, author Diana dropped a big hint she’d pop up soon.

Speaking to Town & Country, she teased: “I think I’m not allowed to talk about season six, is what I think.”

Could the next obstacle in Claire and Jamie’s relationship be the arrival of Malva?