The artwork comes from seven different artists interpreting the question, “What do movies mean to you?” 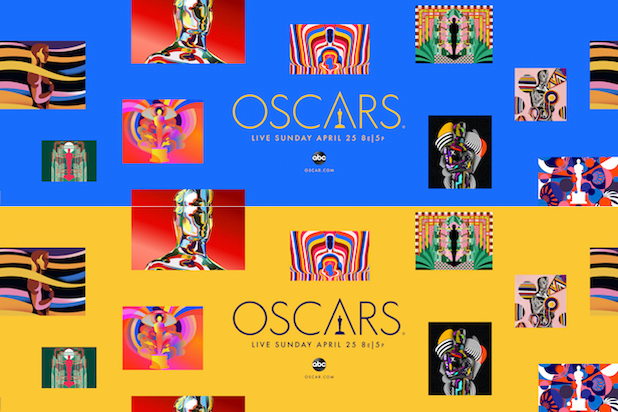 The Motion Picture Academy has unveiled artwork for this year’s Oscars, which will serve as part of a campaign titled “Bring Your Movie Love.” It consists of seven different images from artists around the world, who were asked by the Academy to create custom Oscar statuettes inspired by the question, “What do movies mean to you?”

The artists are Temi Coker, from Nigeria; Petra Eriksson, born in Stockholm and based in Barcelona; Magnus Voll Mathiassen, from Norway; Michelle Robinson, born in South Korea and based in Los Angeles; Karan Singh, from Australia; Victoria Villasana, from Mexico; and Shawna X, from New York.

The seven images are used on a variety of banners and posters against different colored backgrounds; two of those are seen above, and another below.

The artwork will promote a ceremony whose details remain murky as the country continues to curtail large gathers in the wake of the COVID-19 pandemic.

The 93rd Academy Awards show will take place on Sunday, April 25 at what the Academy has said will be “multiple locations,” including the usual Oscars site at the Dolby Theatre. The Academy and producers Jesse Collins, Stacey Sher and Steven Soderbergh have not announced any additional information about the format of the show, whether there will be a host and who that host might be, though some details are expected to be revealed in the days following the March 15 Oscar nominations.

When the show was moved from Feb. 28 to April 25 last June because of the pandemic, the idea was that by late April the Oscars would be able to take place in its usual in-person format. So far, that has proven to be impossible, with almost every awards show leading up to the Oscars going to some kind of virtual format. 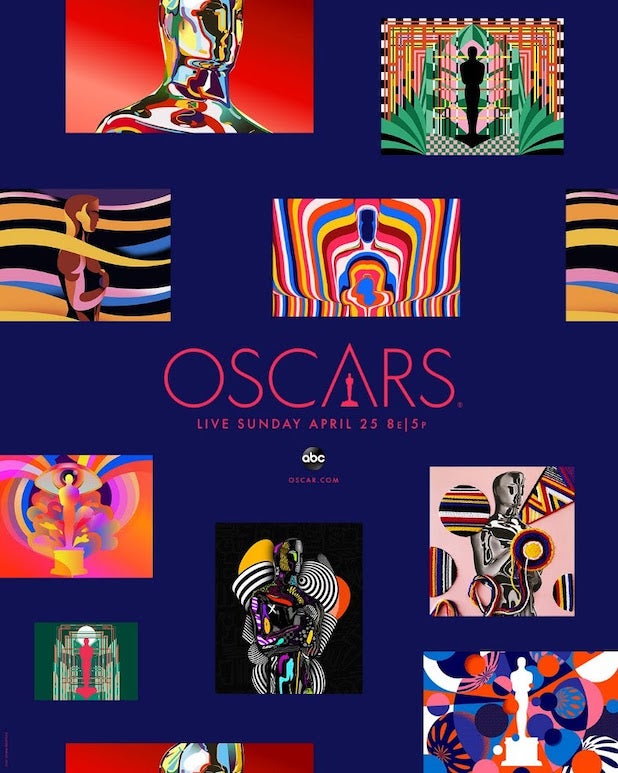