Despite Only Fools and Horses coming to an end almost 20 years ago, fans still love to watch repeats of the BBC comedy starring fan favourites Del Boy (played by David Jason) and Rodney Trotter (Nicholas Lyndhurst). However, a recent Channel 5 documentary titled Secrets and Scandals, saw former cast members speaking out about what went on behind the scenes.

They even discussed how the crew struggled to hold it together when filming the iconic chandelier scene.

Some even had to put socks in their mouths in a bid to stop laughing during the scene.

During one segment, author Mike Jones gave an insight into the Trotter flat and how the crew had to make changes to it over time.

He explained fans wouldn’t have noticed, but the crew had to make the set of the flat bigger because of the growing cast. 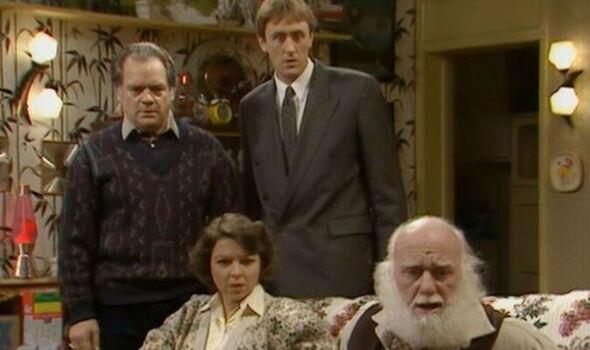 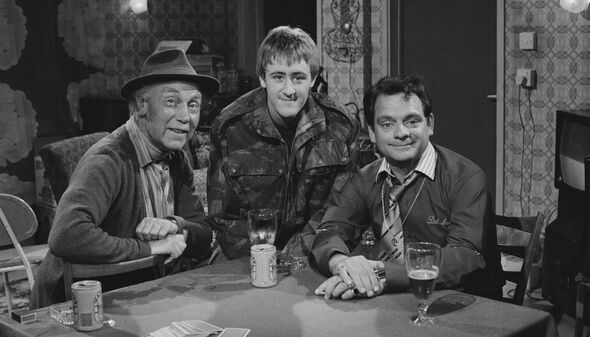 He said: “You don’t really notice unless you look for it.

“But with the expanded cast, the set a got a lot bigger. They literally just added a metre and a half where the window was, there is an extra section there.”

The author went on to reveal that there were many famous people considered for the role of Rodney’s love interest, Cassandra.

Referring to one of the star-studded candidates, he added: “Most notably Liz Hurley. 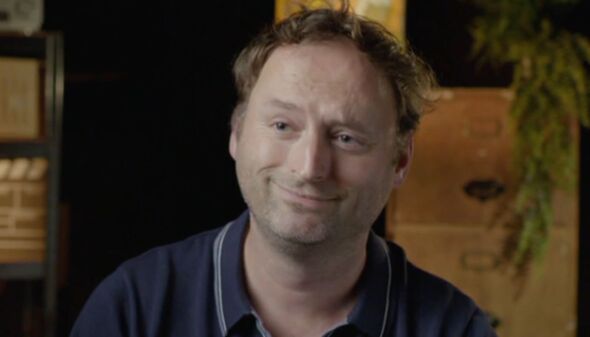 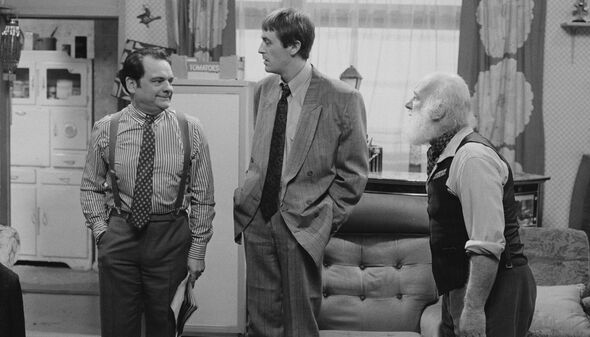 “She auditioned for the role and it was felt that perhaps she was probably a little too glamorous for…how can I say it diplomatically? Our lanky Trotter brother.”

However, in the end, show bosses felt Gwyneth Strong was a better fit for the character.

Another addition to the cast was Boycie’s (John Challis) wife, Marlene (Sue Holderness).

Despite the fact, that Marlene was only meant to appear in one episode, bosses loved the character so much that they decided to make her a permanent fixture.

“It was a tiny little scene in an episode called Sleeping Dogs Lie,” the actress recalled.

“It was in series four and all I knew about this character Marlene, was that occasionally people would say, ‘Do you remember Marlene?’

“So, I gathered she was a bit of a girl and the director said, ‘Right, so when you hear action, just run out to Del Boy, he will give you a bit of a snog and maybe pinch your bum and you’ll do the lines and then back you go into the house’.”

After her brief appearance, Sue’s character became a huge hit with fans and she certainly made her mark on the show.

“At the end of it, I absolutely just thought, ‘What a wonderful day out, pity it’s only one day but hey ho’,” the Marlene star continued.

“And it was a couple of weeks later that John Sullivan rang and said, ‘We’d like Marlene to come back’.

“And he said, ‘Now this is a surprise because we weren’t going to have Marlene back’.”

Sue went on to thank the writers for inviting her back onto the show, which went on to be a huge success.

Only Fools and Horses Secrets and Scandals is available to watch on Channel 5.