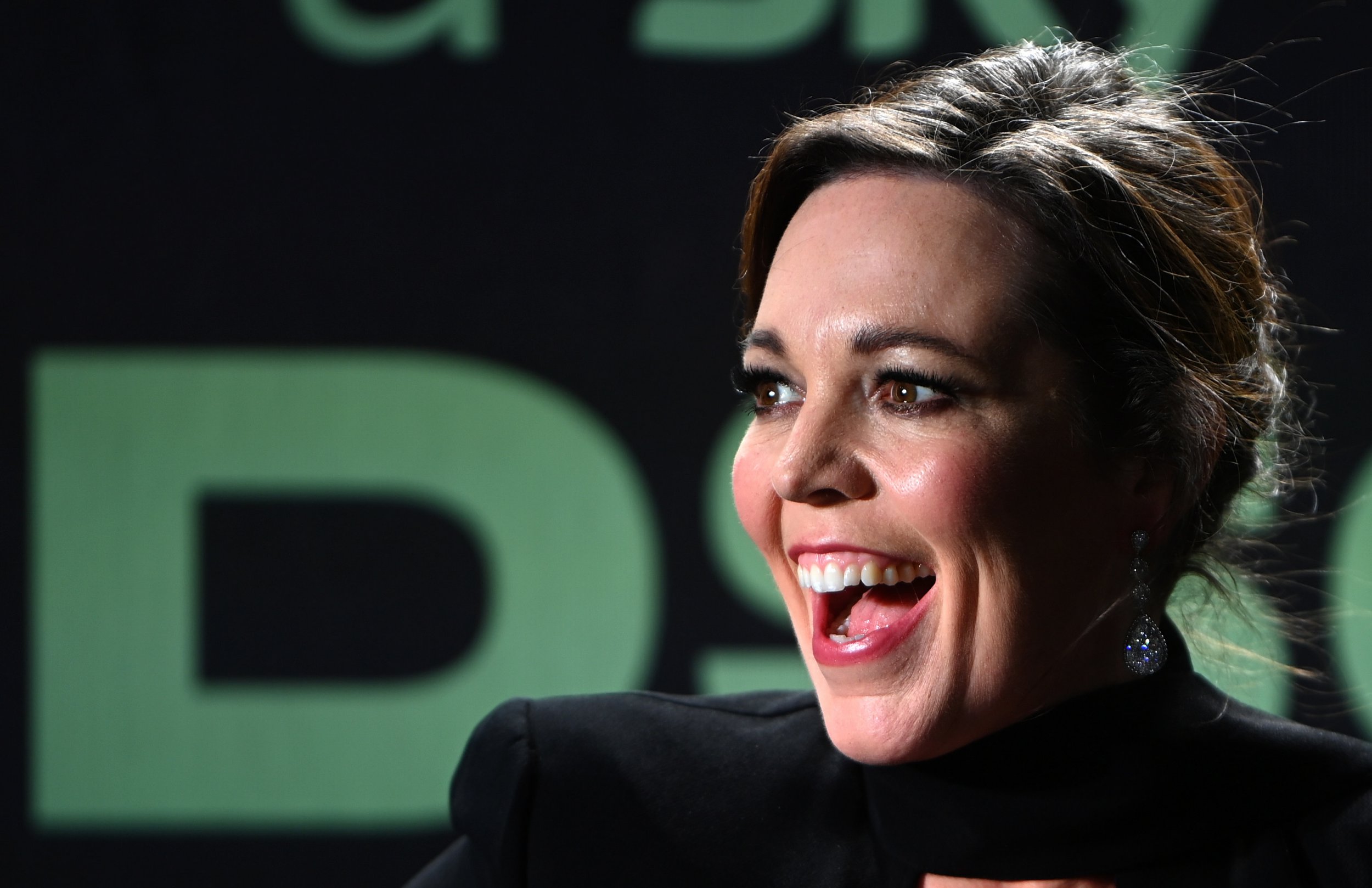 Olivia Colman was her usual beaming self as she attended the premiere for her new miniseries Landscapers, posing with her co-star David Thewlis on the red carpet.

While the Oscar winner is known for her cheerful demeanour – as well as her incredible acting talent – her new drama explores an extremely dark tale, albeit with a comedic twist.

Despite being an unassuming couple, they end up going on the run after being accused of murder, with the true nature of their involvement only being unveiled several years later.

Olivia and David make for a powerhouse duo on screen, with the pair in high spirits as they attended the UK premiere for the show at Queen Elizabeth Hall in London on Tuesday evening.

The Crown star wore a festive outfit for the event, donning a long black jacket with feathered sleeves, a black outfit underneath and glamorous drop earrings, completing her look with a sophisticated updo.

David, on the other hand, opted for a more casual ensemble, wearing a black coat, blue scarf and striped top and accessorising with a cap.

At one point while being photographed together, the actors appeared to laugh over something comical, leaving the impression that they would have had a lot of fun together on set.

Director Will Sharpe was also in attendance at the glitzy affair, cutting a suave figure in a black pinstriped suit and white shirt, while other cast members photographed at the event included Kate O’Flynn and Samuel Anderson.

Speaking at the premiere, David told Reuters that Olivia is a ‘comedian’, describing her as ‘a beautiful, beautiful, wonderful woman’.

‘I didn’t know her before. Obviously I knew who she was before. I have seen all her work. But it’s just been an enormous pleasure to act in something with her,’ he said.

The thespian explained out Landscapers is a ‘particularly intriguing story’, giving it’s ‘a love story based on real people who are convicted murderers’.

‘So that’s maybe a tricky angle to go at a piece of drama,’ he added.

Landscapers premieres on Sky Atlantic and NOW on December 7.