Nowadays you’ll find a ton of Star Wars prequels apologists or straight-up lovers, which wasn’t always the case when the films first came out. But looking back on the movies with a 2020-outlook, they hold some of the most beloved moments in Star Wars. With the existence of Twitter, Tik Tok, and memes, they also make great moments to watch over-and-over again. One of these is Obi-Wan’s line about having the “high ground.” Any fan knows that by heart, and while it’s steeped in drama and heartbreak, it came from a pretty simplistic, silly moment between the stunt coordinator and Hayden Christensen. 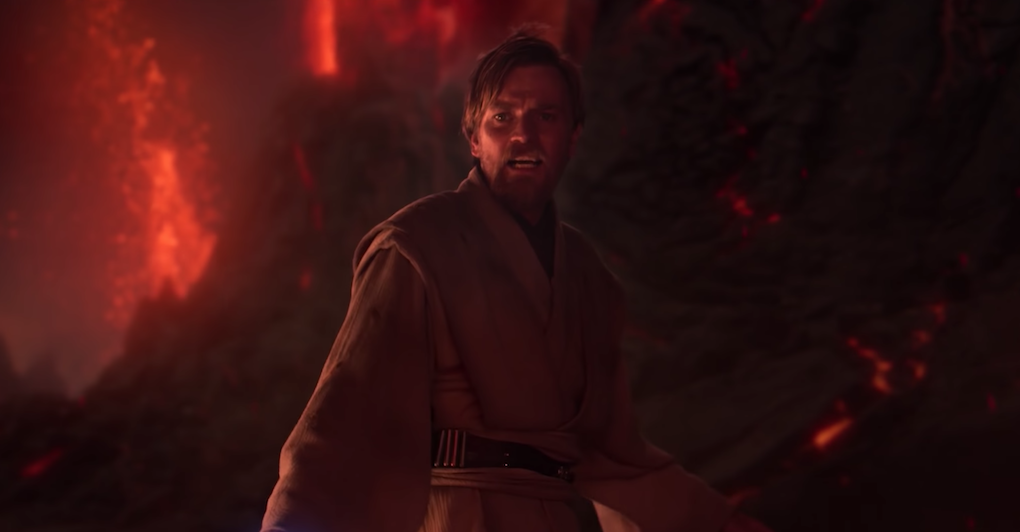 The line came from a Hayden Christensen anecdote

If you need a refresher on the line in question, it happens after Anakin turns to the dark side and Obi-Wan follows Padmé to Mustafar. After he makes his presence known, Obi-Wan sets off a hatred in Anakin, causing him to Force-choke Padmé and start a long, grueling duel with Obi-Wan.

They’re pretty well-matched, and no one is winning. But then, in the end, Obi-Wan jumps off the platform he was standing on in the lava river onto the bank. He can see that Anakin wants to jump over him to continue the fight and he warns his former Padawan and friend not to do it. “It’s over Anakin. I have the high ground.” Then, after Anakin’s fateful words, “You underestimate my power,” he tries it and Obi-Wan cuts off his last remaining limbs.

In an interview with IGN on Dec. 26, stunt coordinator and fight choreographer for Revenge of the Sith, Nick Gillard, shared how that line came to be.

We would eat in this restaurant every night that was up a hill. You could walk up the road and down to this restaurant, or you could walk across a steep bank to it. For me, I always want the most direct route so I’m going for the bank, and [Hayden] hates walking on a slope, so that was in my mind about the higher ground. If I can get [Anakin] on the slope, Obi might have a chance.

So there you have it: it wasn’t a line from the script written by George Lucas. Instead, it came from the stunt coordinator’s frequent meals with Christensen when they lived next to each other in Australia during filming, according to IGN.

Gillard expressed that the duel was intense for all involved. “The Revenge of the Sith fight, the biggest challenge was just the length of it,” he told IGN. “It was 12 minutes long, and George wanted to at one point show it in its entirety. So we had to teach those two actors a 12-minute fight that traveled a kilometer.”

If you’ve seen the bloopers or the Making of, then you’ll know that Christensen and Ewan McGregor did most of their own fighting. “I’m pretty sure that we didn’t do any speedups on anything with Ewan after [The Phantom Menace] ‘cause he just got to be so fast, and then became a point of pride for Hayden that he wanted to be as good as Ewan at doing that,” visual effects supervisor John Knoll said.

As you can see with the “high ground” line, and even before when Yoda sent him to face Anakin, it pained Obi-Wan to think of killing his former brother and friend. So that hesitation also came into effect when Gillard choreographed the scene. Instead of trying to make it a fight to the death, Obi-Wan is trying to calm Anakin down. He is goading him as well and would strike him down if Anakin gave him the chance, which he does.

“I did write [the fight choreography] like a husband and a wife having a fight,” he said. “Anakin thinks Obi is maybe having an affair with Padmé at that point, so he’s already gone to the Dark Side. For Obi, it’s about just trying to absorb it long enough that he can get him back.”

It’s interesting to see what goes into making even just one scene in Star Wars, especially one that’s so quotable.