The Best of NFMLA Awards look to recognize the best talent in independent cinema from around the globe. This year’s edition included 125 nominees across 16 Award categories. All nominated projects screened as part of the NFMLA Monthly Film Festival 2021 season which ran from January 1st, 2021 through December 31st, 2021. Best New Filmmaker winner Ortega claimed a $3,000 Anthony Rhulen grant, with numerous other winners nabbing grants of $2,000. Over $5,000 in Blackmagic Design equipment will also be awarded to select winners, with post host Picture Shop hosting a post-production workshop for all nominees and winners.

NFMLA is a Los Angeles-based arts and culture non-profit organization that works year-round to highlight the works of independent artists. Its full list of 2022 Best of NFMLA nominees can be found here. 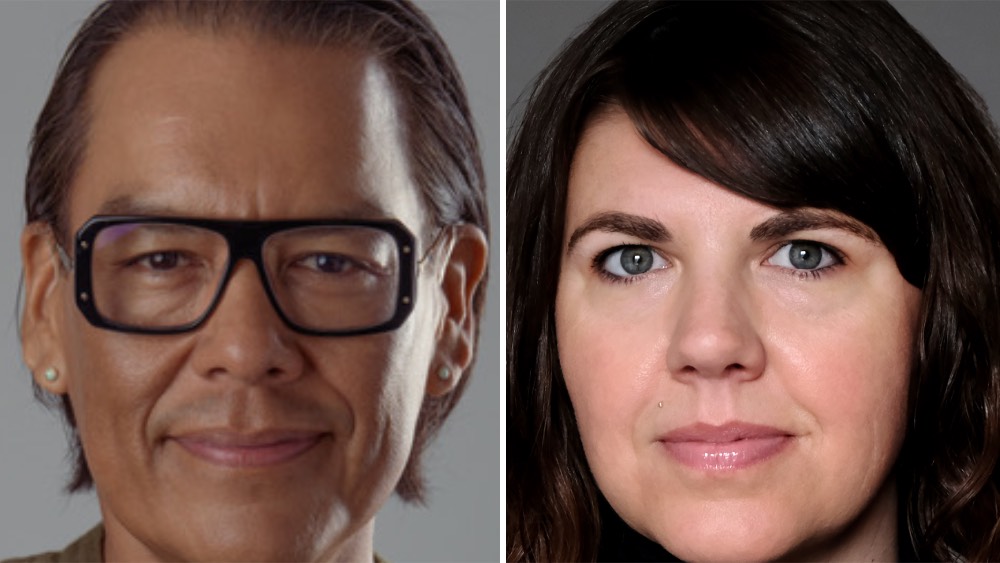 The inaugural Luminary Award, celebrating filmmakers that shine a light on vital social issues, will be presented to Runningwater, who has supported such films as Billy Luther’s Miss Navajo and Heather Rae’s Trudell. The Vanguard Award, created to honor innovative and important documentary filmmakers, will be presented to Devaney, producer of some 17 shorts and features, including 2021 Doc10 selection Pray Away.

“The inaugural Luminary and Vanguard Awards were born to celebrate and promote the power of independent filmmaking,” said Doc10 co-founders Steve Cohen and Paula Froehle. “Jess and Bird represent the now and the future of great, cinematic documentary producing and how independent, fearless storytelling can promote real change in our world.” The 7th Doc10 documentary film festival will run from May 19-22 at the Davis Theatre and the Gene Siskel Film Center in Chicago. To find out more about it or to purchase tickets, click here.

EXCLUSIVE: Patricia Velasquez (The Mummy) will exec produce and star in the sci-fi thriller Space Racer, from writer-director Erik Bernard (Free Dead or Alive), with NFTs related to the film to be released by Karman Studios at the Cannes Marché du Film. 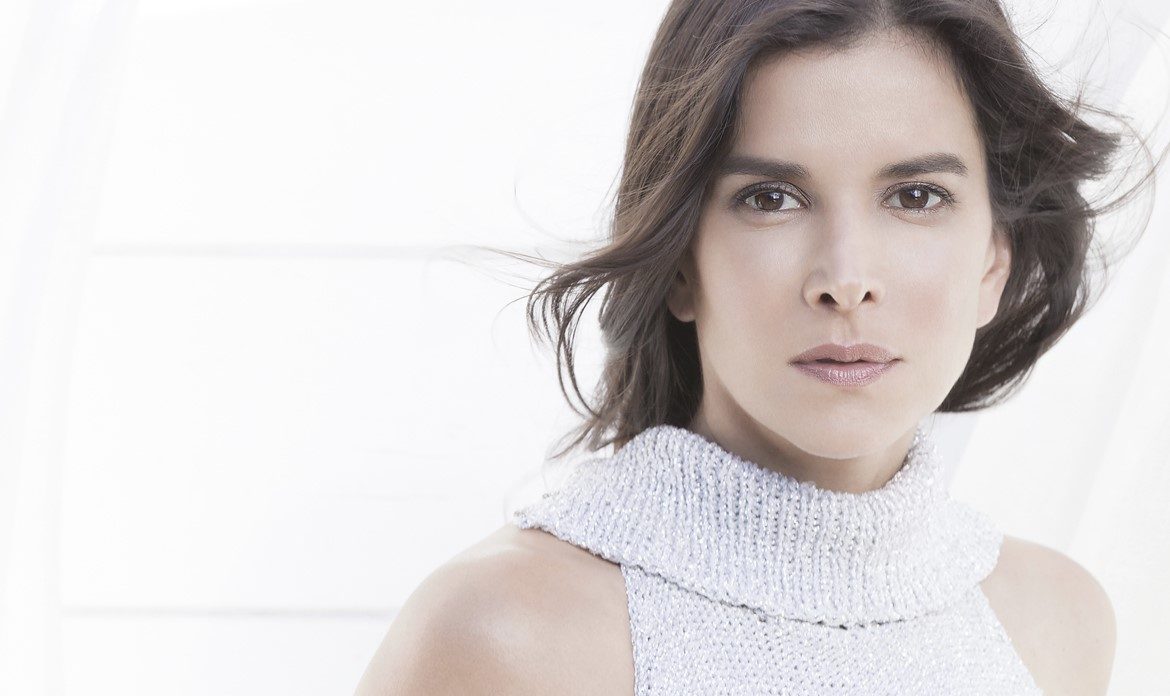 The pic from Bernard’s Rebel 6 Films and Gemini Films takes place in the year 2084. It finds Earth beginning to look to space for survival, at a point when it’s barely able to sustain human life. At this juncture, humans have contacted alien race, with pilot James Colt earning the opportunity to represent Earth in its first intergalactic race.

Bernard and Lyndon Tait wrote the script for the pic, which is intended to set up a trilogy. Kevin Grevioux (Underworld) is producing, with Velasquez, Bernard and Courtney LeMarco (Hoarders) exec producing, and Jasmin Espada (Free Dead or Alive) serving as co-producer. Velasquez is represented by Insurge-Ent and Innovative Artists; Bernard and LeMarco by Espada PR & Entertainment; and Grevioux by Brent Johnson of One Entertainment.

EXCLUSIVE: Toric Films‘ Ojan Missaghi and David Wachs will be seeking distribution for their films Day Labor, Out of Hand and Deadly Games at this year’s Cannes Film Festival—with actor Gilles Marini (The Rookie) also on hand to promote the company’s slate. 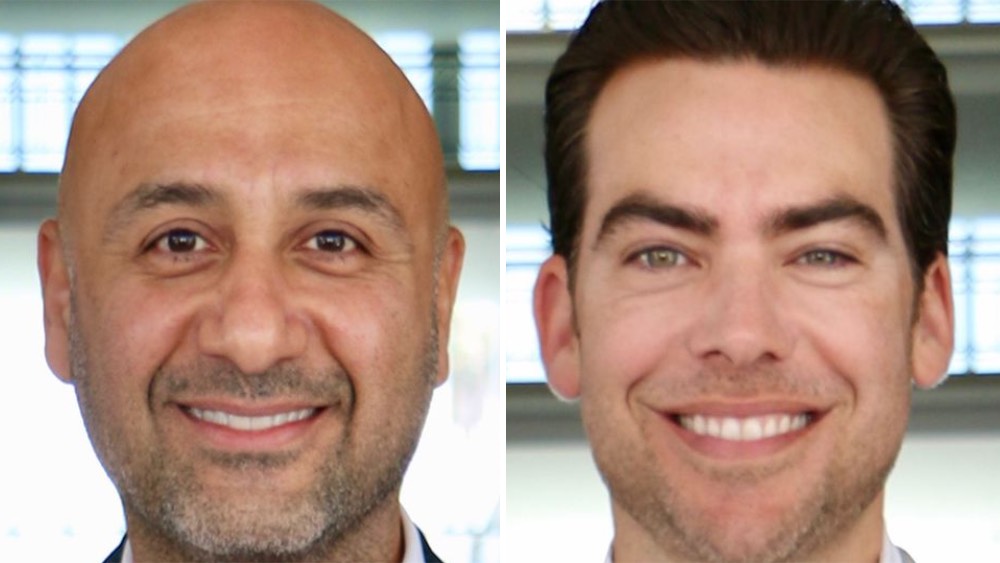 Day Labor watches as a Latin American veteran seeks work as a day laborer in order to keep his family afloat. A regular day turns into a deadly game of survival when he is mistakenly dropped off at a private ranch in El Paso, Texas to be hunted for sport. R. Ellis Frazier directed the pic, which stars Amy Johnston, Louis Mandylor and Danny Arrory. 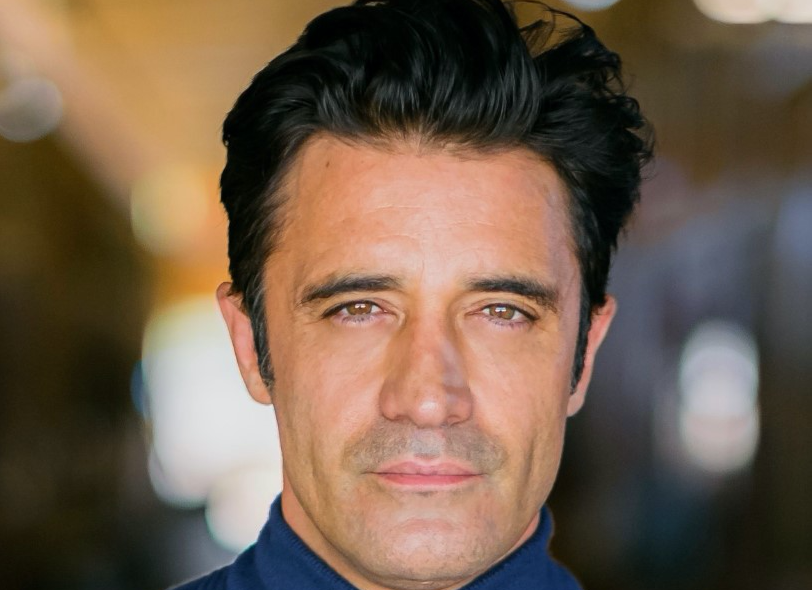 Director Brian Skiba’s Out of Hand is a thriller centered on Valerie (Louise Linton), a charismatic and sophisticated college professor who is married to a younger personal trainer heartthrob, David (Pierson Fode). When the couple leaves town to a secluded cabin in Lake Tahoe, things start to unravel. William Baldwin, Joana Metrass , David Wachs and Christy St. John also star.

Then, there’s Deadly Games, in which four female influencers are invited to paradise island to partake in a million-dollar opportunity by a crypto mogul, fighting to gain the most subscribers during their weekend for the paysite contest. When one of the girls ends up dead, and the murder gets kept a secret, the influencers get more than they bargained for. Missaghi directed and produced the pic, which stars Marini, Metrass, Vanessa Angel, Roberto ‘Sanz’ Sanchez, Krista Kalmus and Emelina Adams. 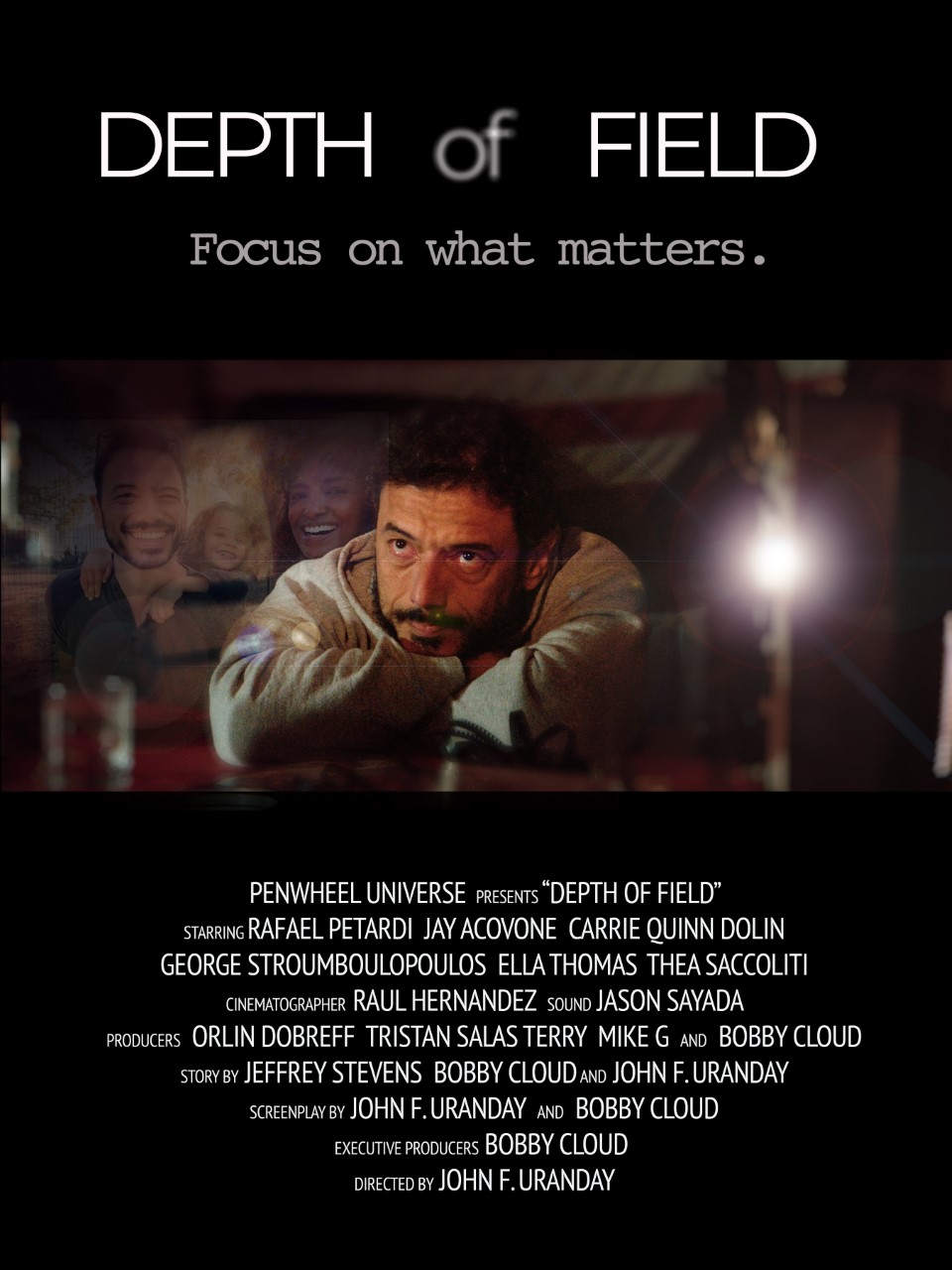 The film directed by Uranday tells the story of Charles (Rafael Petardi), a widower who has given up on life, until he meets a foster child next door that changes his life forever. It also stars George Stroumboulopoulos (The Communist’s Daughter), Jay Acovone (Fox’s Lethal Weapon), Carrie Quinn Dolin (Bruce Almighty), Ella Thomas (NCIS: Los Angeles), Diana Diaz (Music) and Thea Saccoliti. Producer Cloud, who is also an attorney, co-wrote the script with Uranday, with Jeffrey Stevens serving as a story contributor. Uranday also produced, along with Orlin Dobreff, Mike G, Rafael Petardi, Tom Summers and Tristan Salas Henry, with Stroumboulopoulos serving as exec producer. Uranday and Cloud are repped by Espada PR & Entertainment.

EXCLUSIVE: Freestyle Digital Media has acquired North American rights to the romance Bristol Fashion, with plans to release it across internet and satellite platforms on June 7th. 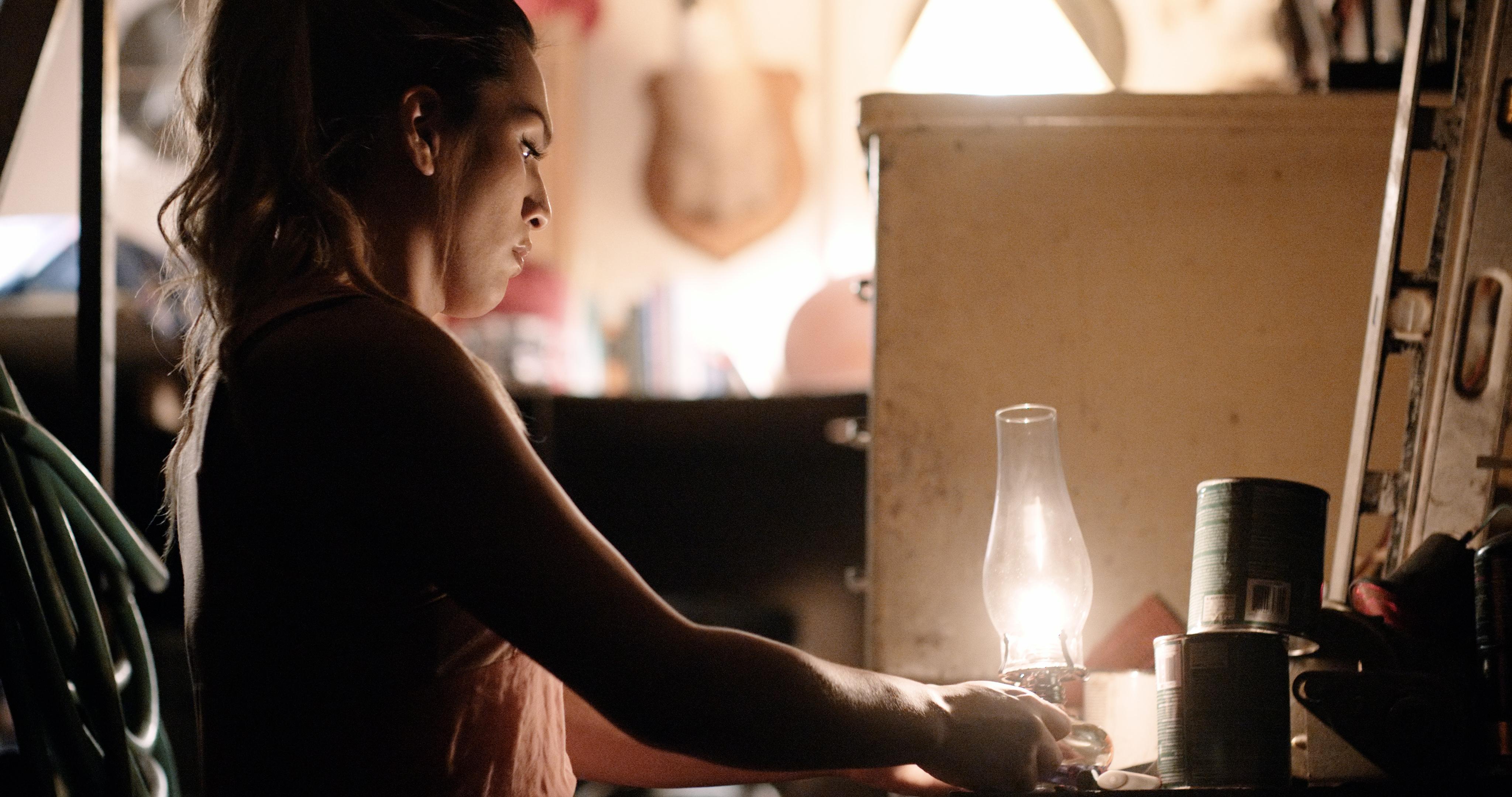 The film tells the story of a young transgender woman, Christina (Lea Nayeli), who escapes her troubled home to find solace in a dilapidated boatyard. When she buys a broken-down boat for that purpose, she gets more than she bargained for in the boat’s owner, Esteban (Raul A. Perez)—warm, funny and dying to take her to dinner. He gives her a place to stay on an abandoned barge and helps her fix up the boat, and slowly but surely, they find themselves navigating the sometimes-messy waters of a straight man falling for a trans woman.

EXCLUSIVE: Deadline has a new trailer for Lisa Hepner and Guy Mossman’s feature doc The Human Trial, which Abramorama is releasing in North American theaters and on its Watch Now @ Home virtual cinema platform on June 24th. 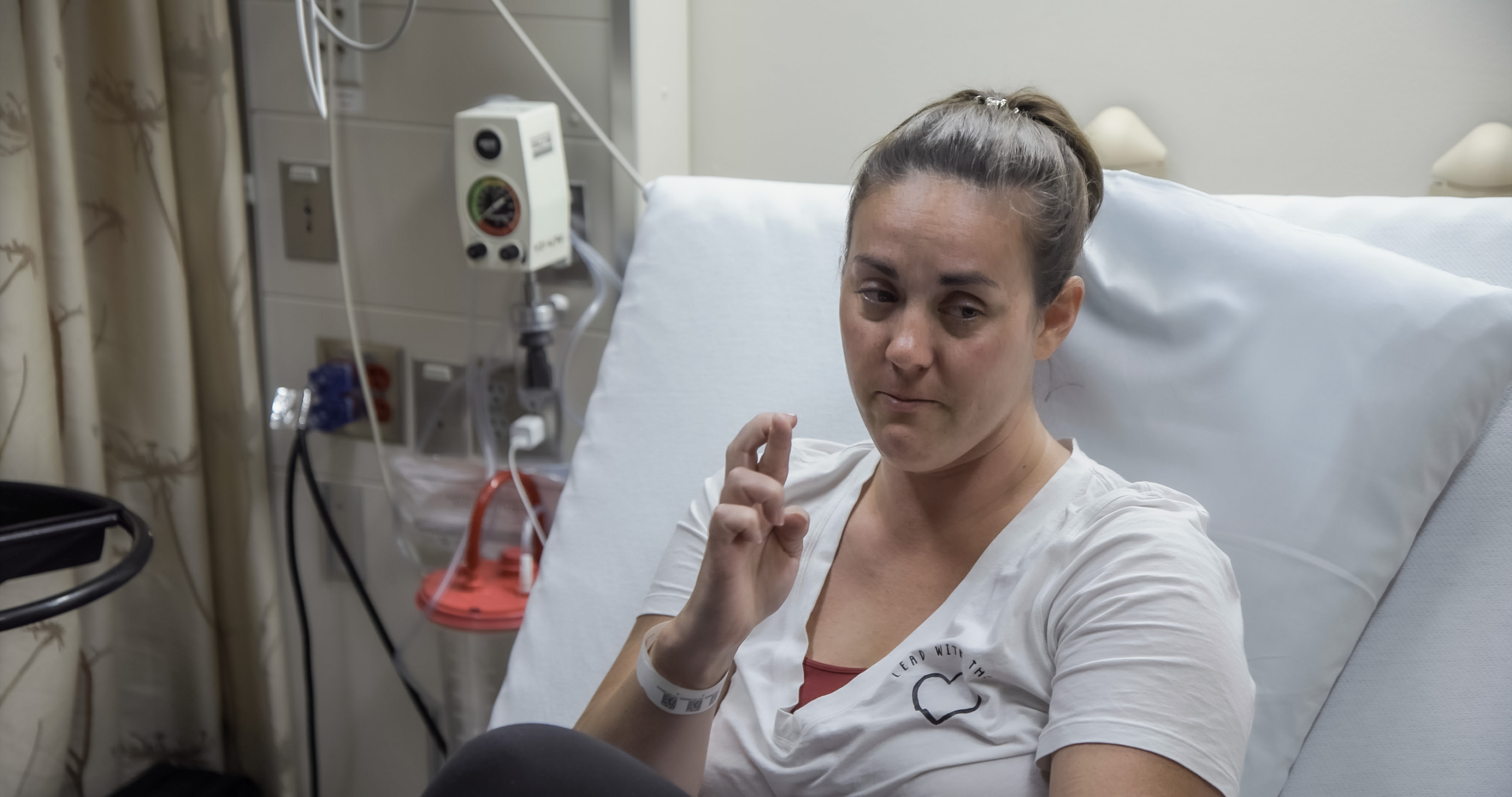 More than a decade in the making, the film follows a groundbreaking clinical trial that peels back the headlines to show the sweat, passion and sacrifice behind every breakthrough cure. In 2011, Hepner and her husband Mossman heard about a radical stem cell treatment for diabetes, a disease that shockingly kills more than five million people each year. Driven by a desire to cure Lisa of her own type 1 diabetes, the filmmakers were given unprecedented access to a clinical trial—only the sixth ever stem cell trial in the world. What follows is an intimate journey with the patients and scientists who put themselves on the line to be first.

Hepner scripted the project and produced alongside Jonathan Formica (Lost & Found) and Kristin Lesko (O.J.: Made in America), with diabetes org Beyond Type 1 exec producing alongside Amy Rapp (The Woman Who Wasn’t There), Marla Oringer, Greer Wylder and Thom Scher. Check out the trailer for The Human Trial below.

EXCLUSIVE: Deadline has an exclusive clip from the feature doc Since I Been Down, which is set for release on VOD on May 24th. 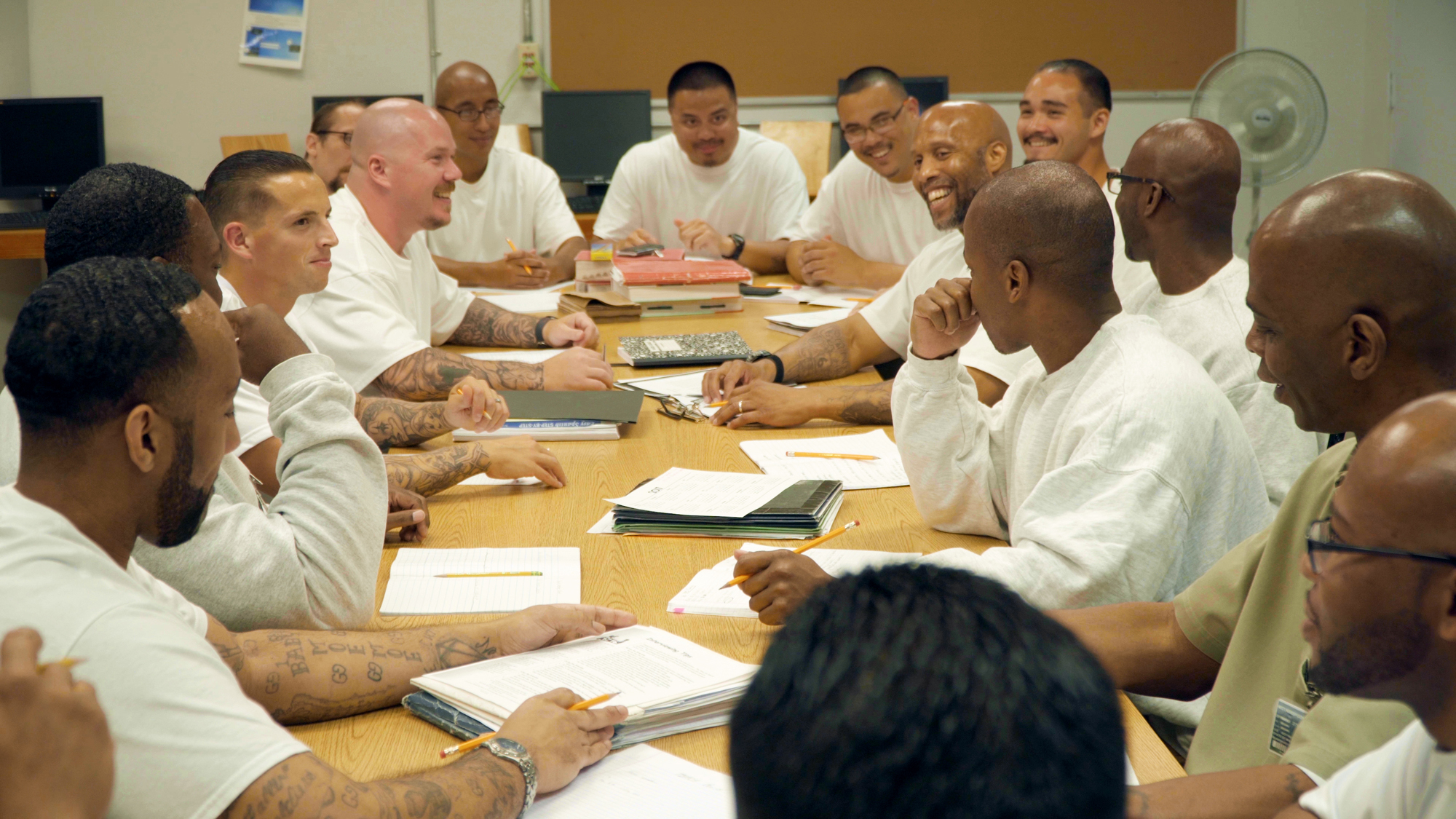 The film from director Gilda Sheppard stakes us to Tacoma, Washington. Influenced by the national drug war frenzy and the fear-based culture of punishment in the 1980s and ’90s, Tacoma sacrificed its most vulnerable children to a life behind bars. These children, who are now adults, cannot be silenced. As we hear them tell their stories, bravely, unapologetically, we realize: This is the story of ‘Everytown USA’.

June Nho Ivers, Saman Maydani and Bonnie Benjamin-Phariss produced the doc, with Sheppard and David Menschel serving as executive producers. Our exclusive clip from the film can be found below.

Hallie and Audrey McPherson will be bringing their dramedy Earthquake Country to Dances With Films on Saturday, June 18th at 7:15 p.m. PST.

The film written and directed by The McPherson Sisters centers on Rhyme Osbourne (Lydian Blossom), who is fed up with her mother’s alcoholism and delusions of grandeur and her father’s literal inability to get off the couch. On her eighteenth birthday, Rhyme puts into motion a plan that will cut ties with her family—for good. Set in 2007 in the seemingly idyllic Ojai, CA, the film is a coming-of-age story that explores the creation of family mythology, the malleability of memory, and the sometimes suffocating intimacy of the nuclear family.

Filmmaker Alex Proyas‘ (I, Robot, The Crow) production outfit Heretic Foundation and development company Mystery Clock Cinema this week announced a co-production/financing partnership with the UK-based 108 Media, which has launched worldwide sales and packaging on his latest feature, the horror Sister Darkness. 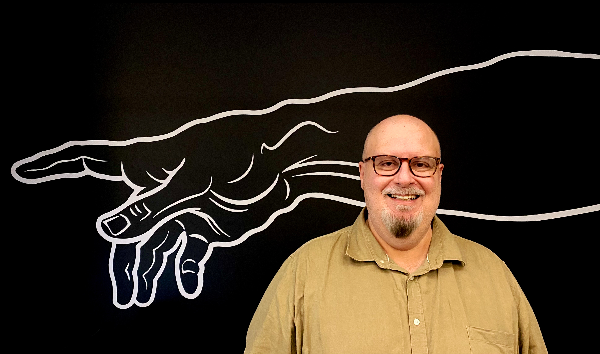 The female-driven film marking the first of several forthcoming collaborations between the parties is set in the UK in the 1930s—at a time when women were marginalized and exploited. It follows the newly-wed but unhappy Alice as she stumbles across her doppelgänger Isla, whose existence is a mystery seeped in a tale of bloody retribution against her oppressors, the hellish supernatural nightscape, and a dread uprising against the deceitful aristocracy. Pic will go before camera in Australia later this year.

Gkids has acquired North American rights to writer-director Atsuko Ishizuka’s first original feature Goodbye, Don Glees!. The distributor will release both the original Japanese-language version of the film and an all-new English-language dub in theaters this year, on the heels of the film’s February 2022 release in Japan. 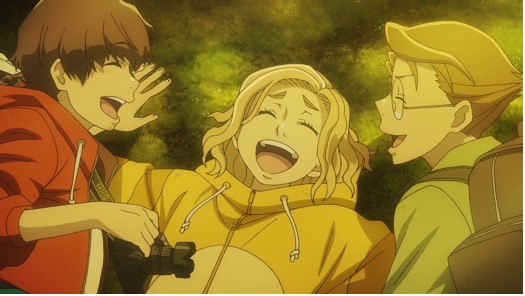 The film produced by the acclaimed studio Madhouse follows the story of three friends over the course of one summer, as their backyard adventures turn one small incident into a life-changing journey. It features the voices of Ayumu Murase, Natsuki Hanae, Kana Hanazawa and Yuuki Kaji, and is represented internationally by Kadokawa. 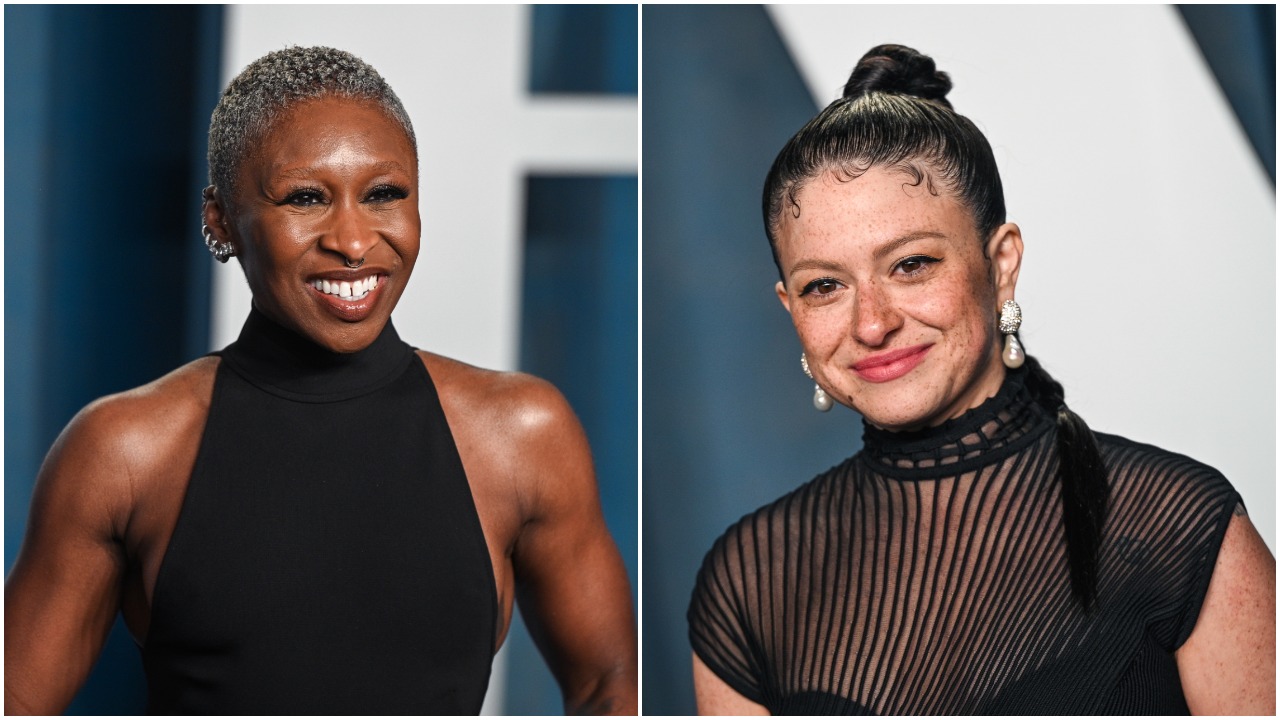