Roy Cropper (David Neilson) and Nina Lucas (Mollie Gallagher) await the verdict from court in Coronation Street next week, as the jury deliberate on the fates of Corey Brent (Maximus Evans) and Kelly Neelan (Millie Gibson).

This clip, taken from next Friday’s (September 10) second episode, sees Nina sewing in the cafe, while a distressed Roy chases off any potential customers.

Why? Because the cafe owner has resolved to close the premises until he and Nina are summoned to court for the big verdict.

Dramatic scenes this week saw Corey and Kelly both cross-examined by Imran and Sabeen Habeeb (Charlie De Melo and Zora Bishop) about the attack which led to Seb Franklin’s (Harry Visinoni) death.

Viewers will know that it was Corey who kicked Seb to death, but he ultimately threw Kelly under the bus, claiming that the whole thing – including the subsequent cover-up – was down to her.

Corey put on quite the performance in court, and even broke down, while Kelly was escorted out of the courtroom after lashing out at Eli, who lied about her role in the murder. 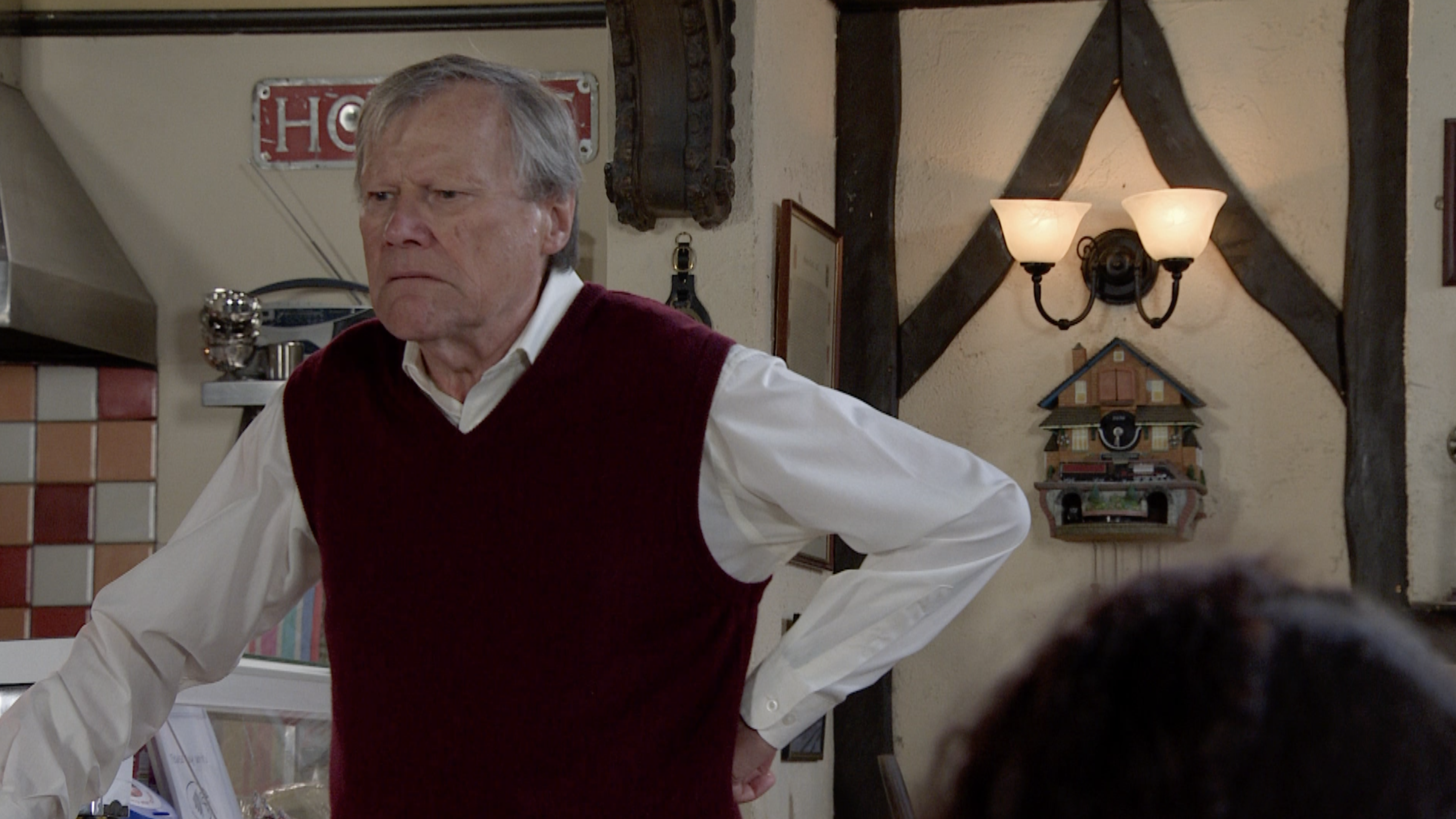 After a tense week of legal proceedings, the trial wraps up, and the jury head off to determine the fates of the two teens.

Nina explains to Roy in the clip above that she’s stitching a veil, which she intends to wear to court as a mark of respect for Seb.

‘I’m going to wear it to the verdict to remind people what this is really about,’ she says.

‘It’s not just about putting people in prison, or laws or arguments or lies, it’s about Seb. My Seb.’

Roy struggles with the wait, explaining to Dev Alahan (Jimmi Harkishin) that they are simply ‘in the hands of the jury’.

The verdict will be revealed during this very episode, but the question is: will Corey be found guilty or not guilty?