Shane Rebecchi (played by Nicholas Coghlan) and his wife Dipi Rebecchi (Sharon Johal) arrived on Neighbours three years ago as one of the strongest couples to ever live in Erinsborough. Unfortunately, drama soon fell at their door and the pair have had to overcome a bundle of challenges from possible affairs to money troubles. However, upcoming scenes on the Channel 5 soap will see them face their biggest hurdle yet as the father-of-three wrestles with his addiction to drugs. In an exclusive interview with Express.co.uk, actress Sharon hinted her character may never be able to forgive her husband for his betrayal.

Recently, Shane has been turning to pills in order to deal with the stresses of life, completely unbeknown to his wife.

The only person who does know about his addiction is Roxy Willis (Zima Anderson), who Dipi accused her husband of having an affair with earlier this year.

Desperate for the couple to remain on a steady path, the youngster urges her friend to speak with his other half about his secret next week.

With tensions high and the father-of-three struggling to go cold turkey, he will lash out at the barmaid, accusing her of interfering in his life.

It seems his beloved will be in for a shock as his behaviour becomes more erratic and he begins to forget important commitments, but will they split up as a result? 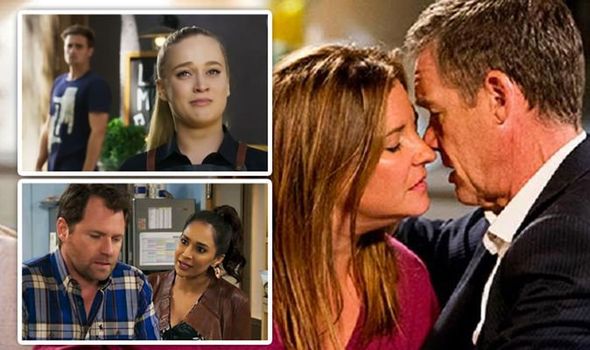 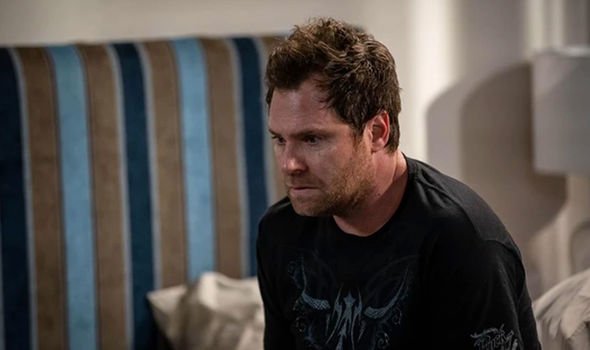 Dipi star Sharon explained her character feels her marriage is in serious trouble despite them being man and wife for two decades.

The soap actress said: “In the 20 years she and Shane have been together, he has never acted so erratically and secretively.

“Whatever she tries, he’s not opening up to her. She doesn’t know what else to do and it’s completely frustrating to her as he continues to make the same mistakes over and over after they have resolved not to.

“There’s only so much Dipi can take. Shane seems to act in a childish immature manner and doesn’t develop as a person.” 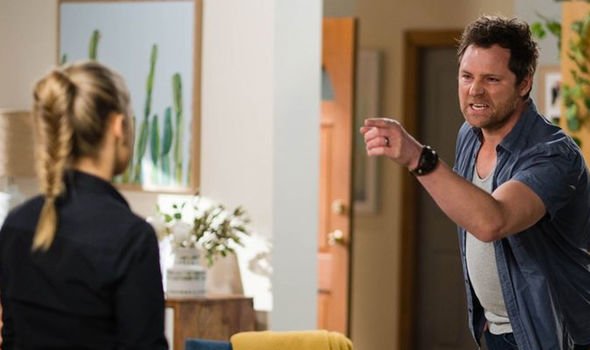 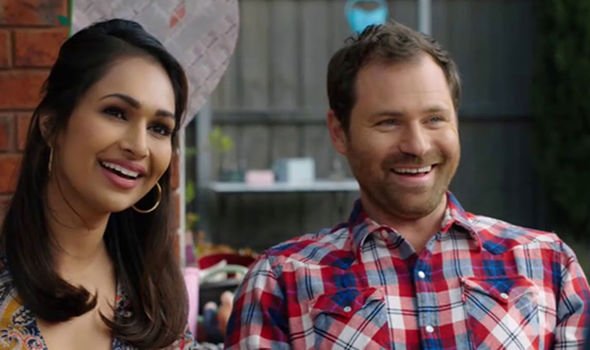 There’s only so much Dipi can take

What it would take for Shane’s wife to leave him? The soap actress added: “It would take a betrayal of huge proportions, something that they could not come back from.

“It would be a mistake made by Shane that has permanent consequences that despite trying hard to work through would change the core integrity of the relationship for the worse.

“In saying that, Dipi and Shane have worked through a lot up until now!” she continued, so can Dipi’s husband get his act together?

It seems viewers of the Australian drama are concerned about Shane’s behaviour too, but how long will it be before his wife notices?

One viewer posted on Twitter: “Shame that no-one (other than Roxy) has noticed that Shane is struggling – hope he makes it out the other side OK. #Neighbours.”

Another added: “How long can Shane keep his addiction from his family? I don’t want poor Yashvi to have to arrest her dad #Neighbours.”

A third commented: “Keeping this particular secret for Shane actually does more harm than good. Plus Dipi deserves to know what she’s dealing with and who she’s living with #Neighbours.”

“Right now I have no sympathy for Roxy. Why is she protecting Shane? Tell Dipi before he hurts someone else #Neighbours,” a fourth wrote.

Having been diagnosed with Huntington’s Disease after inheriting the gene from her mother, the beloved character welcomes Fay Brennan (Zoe Bertram) back to Erinsborough as her condition deteriorates.

With her other siblings having been caring for the mother-of-four in Adelaide, the hotel events manager decides to step in and help.

The expectant mother hires Nicolette Stone (Charlotte Chimes) as a live-in carer, but with the latter harbouring secret feelings for her boss, will she struggle to keep things professional?