ABC’s primetime telecast of the 2022 NBA Draft notched a 0.3 rating in the adults 18-49 demo Thursday, while a repeat of Young Sheldon on CBS was the night’s highest-rated scripted show.

According to fast affiliate ratings from Nielsen, 1.77 million viewers tuned into the draft on ABC, which carried the first round live from Barclays Center in New York; ESPN simulcast the event and aired both the first and second rounds. But it wasn’t the night’s most-watched programming on the broadcast nets — that went to Young Sheldon at 3.40 million. A repeat of the canceled United States of Al was the night’s second most watched program at 2.66 million. 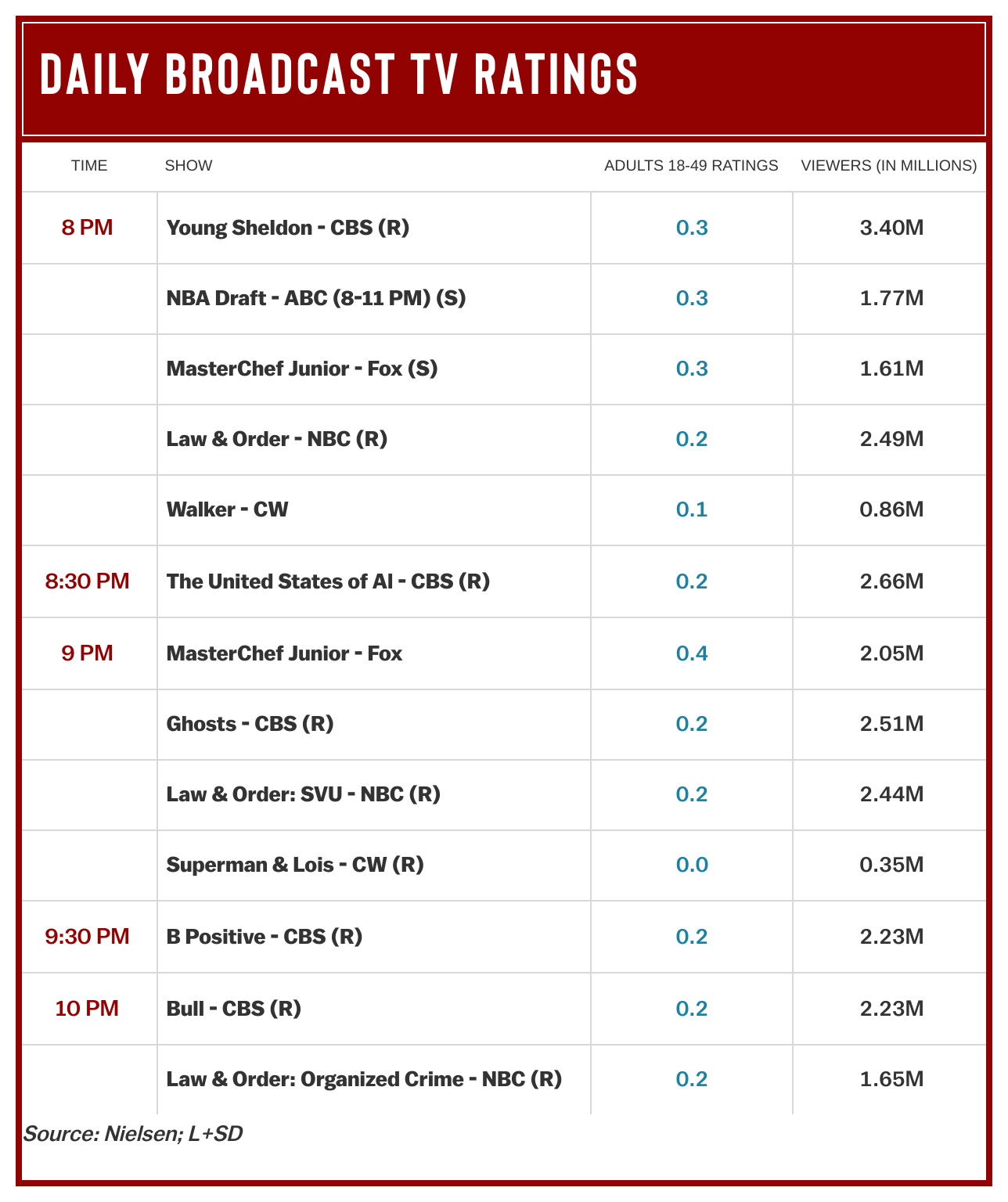 Hollywood Responds To Supreme Court Abortion Decision: “How Dare They?”

Netflix Axes Another 300 Staff, Taking Total Layoffs To More Than 450