Anyone who ever thought that secretive Italian author Elena Ferrante is actually a man hiding behind a female nom de plume is surely dreaming. The deeply realized dynamic between childhood best friends turned frenemies Elena Greco and Lila Cerullo could hardly be conjured from a male gaze. Their riveting, decades-long push-pull is explored across the four novels in Ferrante’s Neapolitan series, which have been adapted into an equally riveting series for HBO. The Italian production now begins a gorgeously wrought second season that vividly recreates 1950s postwar Naples, and the complex relationships among its denizens, all of whom are looking for something more among the ruins.

Director Saverio Costanzo returns to helm the first episode of the new season, lifting from the sequel to “My Brilliant Friend,” “The Story of a New Name.” However, this season he hands over directing duties on two episodes to fellow Italian filmmaker Alice Rohrwacher, whose exacting visions of female woes in films such as “Happy as Lazzaro” and “The Wonders” have primed her to take on Ferrante.

The new season of “My Brilliant Friend” finds Lila (Gaia Girace) now a member of the wealthy Caracci tribe, having married the prideful Stefano (Giovanni Amura) begrudgingly because of the opportunities it will afford her as a promising young woman desperate to break out of slum life in Naples. But as we see in the first episode, Lila is cold to Stefano after a key betrayal: he sold a pair of her family’s handmade shoes to the oppressive Solara clan, and their ensuing honeymoon along the beautiful banks of the Amalfi Coast is a disaster. In a terrifying sequence that begins with Lila locked in the hotel bathroom, with an animalistic Stefano riled-up and horny looming outside the beveled glass door, he brutally beats and rapes her.

Lila relays the encounter to Elena (Margherita Mazzucco), who visits her friend in the newlyweds’ posh flat in a gentrifying corner of Naples. Lila answers the door in a neutral flock and sunglasses, looking like she’s stumbled out of a Michelangelo Antonioni movie, but that’s because she’s hiding a bruise from Stefano’s constant pelting. She’s now a watered-down version of her otherwise puckish self. “Come and see how beautiful the bathroom is,” Lila tells Elena, shuffling them around her new condo with grim resignation. This is not a happily married woman, and she’s now paying the unfortunate price of coveting a better life. Yet Lila still knows how to weaponize her sexuality, as in a scene where she tricks herself out to inveigle the Solaras into getting Elena’s sappy, would-be suitor Antonio (Christian Giroso) out of the draft that’s come for most of the young men in their neighborhood. 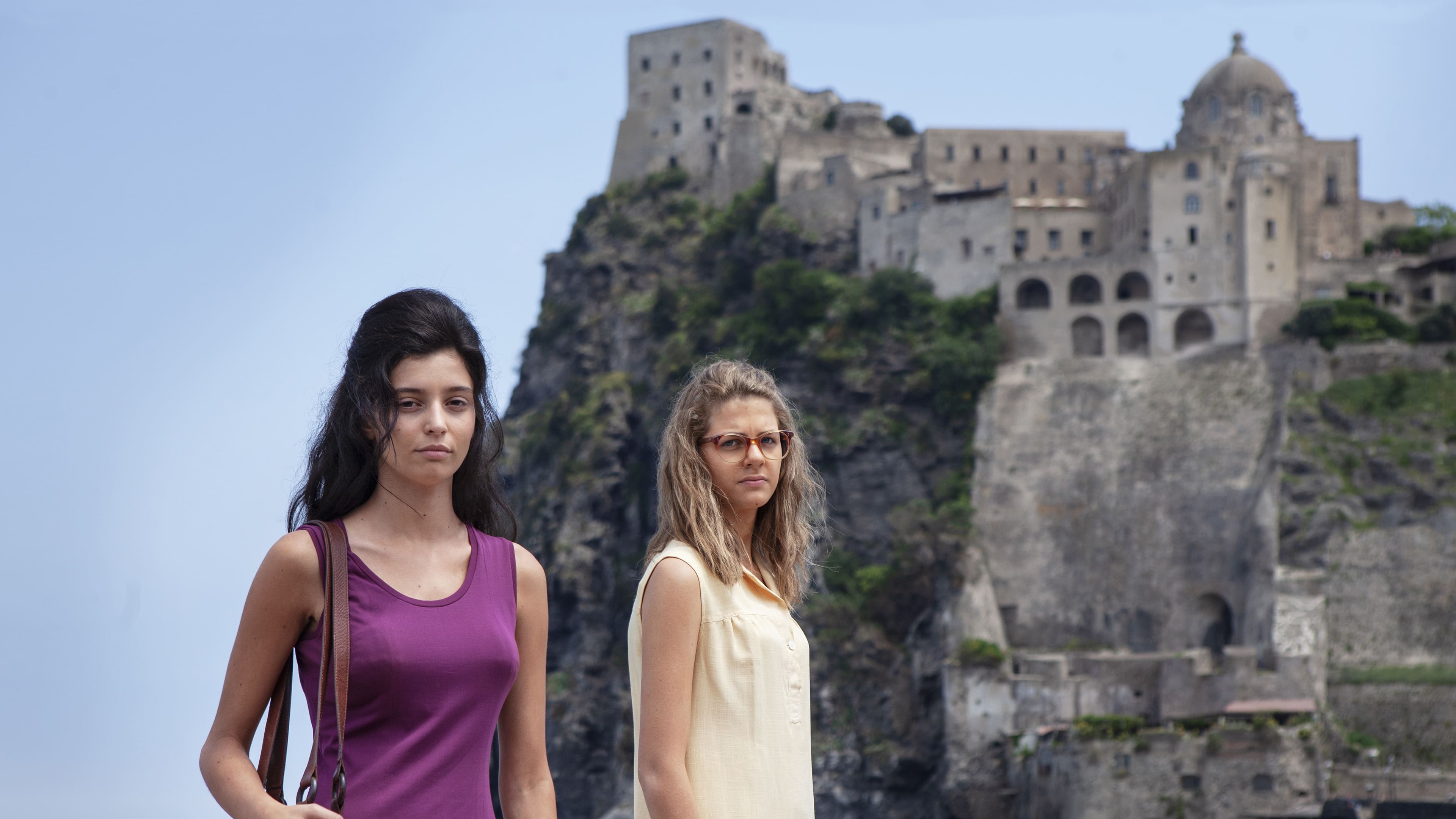 Elena, meanwhile, is bridling at the affections of Antonio, disguising her real intrigue for her budding intellectual classmate Nino Sarratore (Francesco Serpico), whose political and literary aspirations invigorate Elena, who is hoping to become a writer herself. Elena, quietly battling to one-up Lila despite her admiration of her longtime friend, is eager to lose her virginity, too, but isn’t keen to give it over to Antonio despite an almost-spite-fuck that takes place in the opening episode. But Nino, seemingly unbeknownst to Elena, isn’t interested, instead ultimately vying for the affections of Lila in a series of events that come to a head for the two women during an extended stay in the beach town of Ischia. Nino, on the pages of the book and somewhat here by the raffishly charming actor Serpico, is the ultimate literary fuck-boy, whose presence in the lives of Lila and Elena proves to be a catastrophic disruption as the season plays out.

Visually, it’s hard to think of a more striking show on television, with cinematographer Francesca Calvelli shooting the series like a ’60s Italian art film, and production designer Giancarlo Basili building a world of Naples and neighboring Italian locales with painstaking, lived-in verisimilitude that feels endless, as if an entire city was built for the series. (While many exterior shots were filmed on location, the set is actually a reconstruction of Naples in the Southern Italian city of Caserta.) Max Richter’s aching orchestral score, meanwhile, lends a palpable undercurrent of melancholy to lives of quiet desperation.

Scenes with Lila and Elena together possess an almost Bergmanesque framing, with the two women competing for visual primacy in a manner that reflects their charged dynamic as women capable of outsmarting anyone in their community — including one another. The series casting by Sara Casani and Laura Muccino is also astonishing for fans of the books, as Girace and Mazzucco look almost exactly how you’d picture them: Lila’s dark hair and olive complexion mask trouble roiling in her spirit, while the more timid, fairer-looking Elena lives behind glass, never trying to take up too much space. But behind that frigid pane, she’s ready to break down and let it all out.