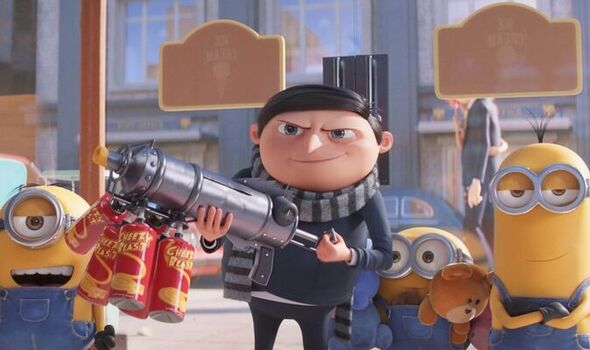 So here’s a fifth helping of kid-friendly slapstick served with a side order of parent-friendly nostalgia. Thankfully, the filmmakers have learned from the previous spin-off movie so the Minions are back in sidekick mode with Steve Carell anchoring the mayhem as the franchise’s leading supervillain Gru.

This prequel is set in groovy 1976 California where 11-yearold Gru begins his ascent to the top of the criminal underworld. With the help of his army of dungaree-wearing oddballs, he’s just built his first evil lair in the basement of his suburban house.

Gru applies to join the gang and is rebuffed so, to prove his worth, he nicks the gang’s prize possession – an ancient amulet that harnesses the mystical powers of the Chinese zodiac.

His hapless henchmen almost instantly lose it, leading to a three-way hunt involving the yellow buffoons, The Vicious Six and a disgruntled Knuckles.

But really, the ramshackle plot just a way to tie together a series of wacky sketches including the Minions hijacking a plane and learning kung fu.

The dialogue could be funnier but there are punchy visual gags and amusing riffs on Roger Moore-era Bond. But when the world’s top animated franchise recycles Puss in Boots’ puppy dog eyes from Shrek, you sense its time at the top is coming to an end.

Minions: The Rise of Gru, Cert U, In cinemas now