Lee Isaac Chung’s breathtaking new film Minari is promoted as a “staggeringly powerful story of the American dream.” It follows a Korean American father who’s trying to reimagine what life for his family could look like. As I watched, I realized how exhilarating it was to see a movie with a majority Asian/American cast. But I kept thinking about how Minari is being marketed and wondered, is this really a story about the American dream? And who is even included in this fantasy of America?

The movie, partially based on Chung’s life, is set in the 1980s. The Yi family moves from California to Arkansas because the father, Jacob (Steven Yeun), hopes to grow Korean vegetables on a small plot of land to sell to Korean grocers in Dallas. The mother, Monica (Yeri Han), would rather be in California. Soon after moving to Arkansas with their son (Alan S. Kim) and daughter (Noel Cho) and taking on the monumental project of starting a farm, it becomes clear that the family needs extra help, so Monica’s mother, Soon-ja (played by the wonderful Yuh-Jung Youn) moves in to help Monica take care of the kids while Jacob pursues his dream. Both Jacob and Monica have to work sexing chicks in order to provide for the family while they wait for that dream to come to fruition.

What unfolds from there may read like a normative immigrant tale of three generational differences, but it felt much more unique than that. For example, the clash between David and his grandmother—David has to share his room with her and thinks “she smells like Korea,” and she entertains him by teaching him card games that have Korean swear words—is a diverse representation of Asian/American identities: the grandmother is funny and quirky. She accepts David’s attitude only to bond with him. It is a “Korean” story, yes, but it’s also human story, and a very specific one.

In a country where LatinX and Asian immigrants are reviled, it’s not surprising that production companies like A24 want to normalize the stories of immigration, focus on the American dream, and show that those of us with immigrant backgrounds are “Americans.” The violence on the border and the recent spike in hate crimes against Asians Americans are constant reminders that white supremacist narratives of immigrant invasion are alive and thriving. It’s been 139 years since the Chinese Exclusion Act that suspended Chinese immigration and declared Chinese Americans ineligible for citizenship (which wasn’t repealed until 1943), but the idea of the immigrant as foreign and unassimilable hasn’t gone away. But Minari, a film made by an American, produced by an American company, and cast with American actors, was still placed in the “best foreign language film” category of the Golden Globes. It’s funny how even the Hollywood Foreign Press Association thinks “American” stories are only told in English.

In a sense, the marketing for the film makes sense. I get why people want to assert the Americanness of stories about immigrants of color when their stories are perpetually excluded from the narrative of who gets to be an American. But isn’t it possible to also particularize Asian American stories beyond the problematic idea that we can all achieve the American dream, especially since that dream can be a nightmare for BIPOC communities? Isn’t it possible to have many Asian American stories?

When it comes to representation, it’s hard not to feel the lack of differences and experiences on screen. It is hard not to crave the diversity of Asian American life. Films like Crazy Rich Asians, The Farewell, The Half of It, and Always Be My Maybe are great and they are a start, sure, but it still feels like a momentous event when one of these films comes out. That’s because something momentous is happening when one more, in just a handful of Asian American narratives, is released.

As professor of Ethnic Studies, I teach a class on Asian American literature and film. The first week of class we discussed Crazy Rich Asians, and the conversation around the movie got at this idea. A lot of the students said they couldn’t relate to the film because of the wealth, the backdrop of Singapore, the fact that Crazy Rich Asians is a heterosexual Chinese-American tale. But the desire to be seen on screen is such an important part of our identity, the question we all asked ourselves was: will any story do? Even if it doesn’t represent the multiplicity of who we are? My students and I wanted to be seen by others and to see ourselves—the hope that the diversity of who we are would finally be reflected, but there’s only so much room for Asian American representation in Hollywood. 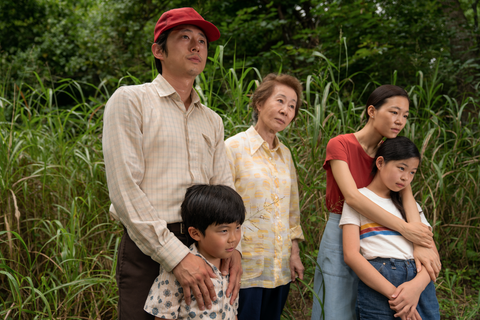 Minari is a unique and textured narrative and that is what makes the film beautiful. So we have to push back on the idea that it is a universal immigrant story about the American dream. That makes it seem like that dream is possible for all BIPOC people, when we know that’s just not true. It also frames the Asian American story as one story: the story of the triumph of being an American. There’s so much more to it than that.

In a recent roundtable of Asian American directors in The New York Times, Lee Isaac Chung, in response to the idea of making a film about Asian Americans said, “I intentionally wanted to make a film about this family and not make it an identity piece. I hear the American dream thrown around a lot [about Minari], and that could mean all kinds of things that I was intentionally not getting into with the movie.”

Chung wanted to make a particular story, not a universal story. He knows how complex the idea of the American dream is, and that for many, it’s a fiction. But just as Crazy Rich Asians did in 2018, Minari carries the weight of representation, of helping us as Asian Americans validate ourselves through the hope that we will see our stories on screen and the hope that people will see us. But that’s too much for one film, one director, and one story to bear.