MASTERCHEF returns this year with a new twist – the Three Ingredients Challenge.

Each contestant is given the same three items that must be the star of the dish but they have no idea what they are until their cooking time starts.

The Sun sent Bizarre Reporter THEA JACOBS to have a go and see just how difficult the new task is. 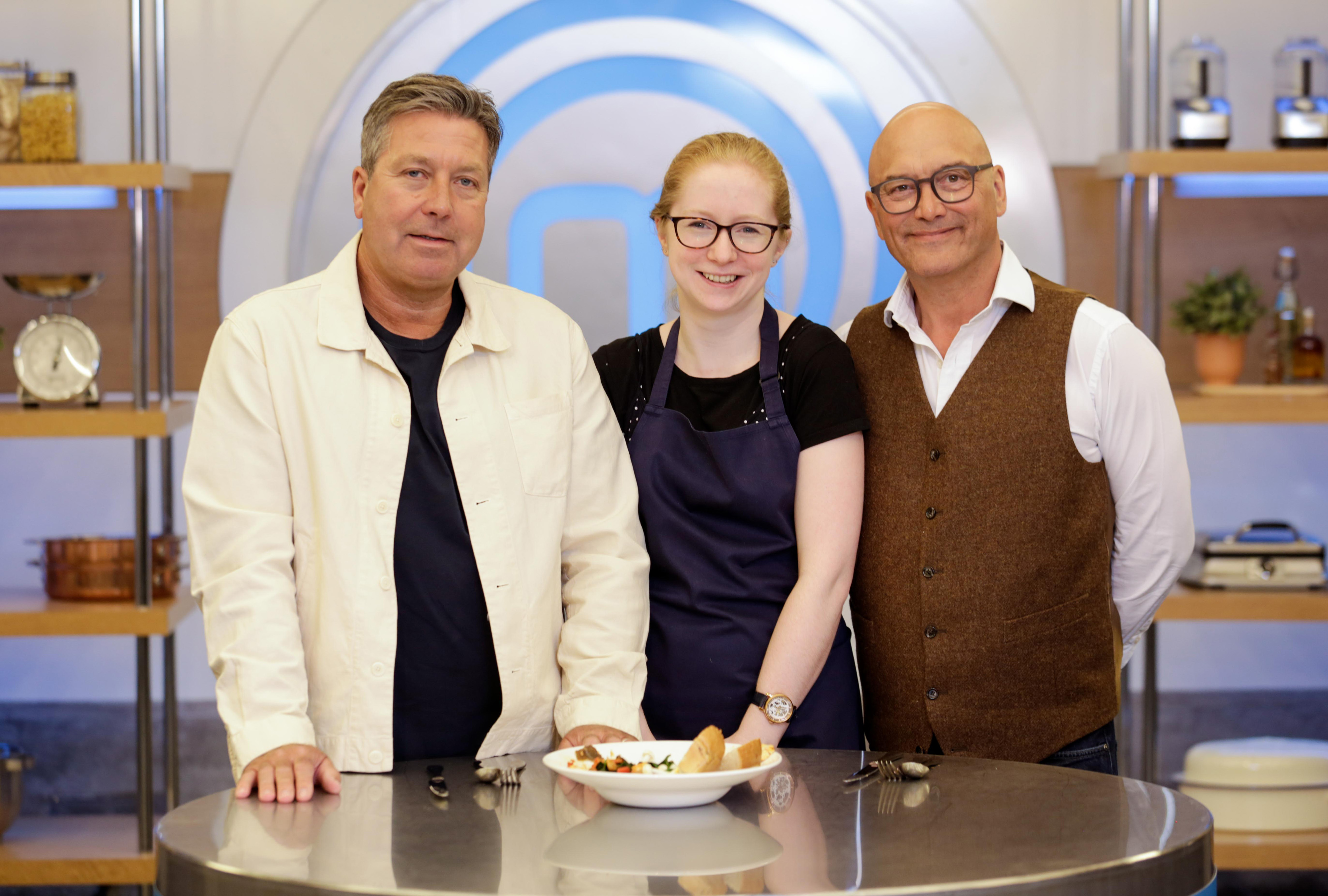 I know I can whip up a decent dinner but it’s normally some kind of pasta rather than the gourmet food that you see on MasterChef.

I knew we were going to try out the three ingredients challenge and I was dreading having to do something that involved filleting or gutting.

Arriving on the morning of the challenge I was frantically googling possible things I could be faced with.

My search history was full of things like how to fillet a fish, how to remove guts from chicken, and what food do John Torode and Gregg Wallace like?

I filed into the kitchen with the other journalists and immediately spotted the covered up key ingredients at the end of the bench.

As soon as we were told you can begin I whipped off the covering and observed the ingredients. 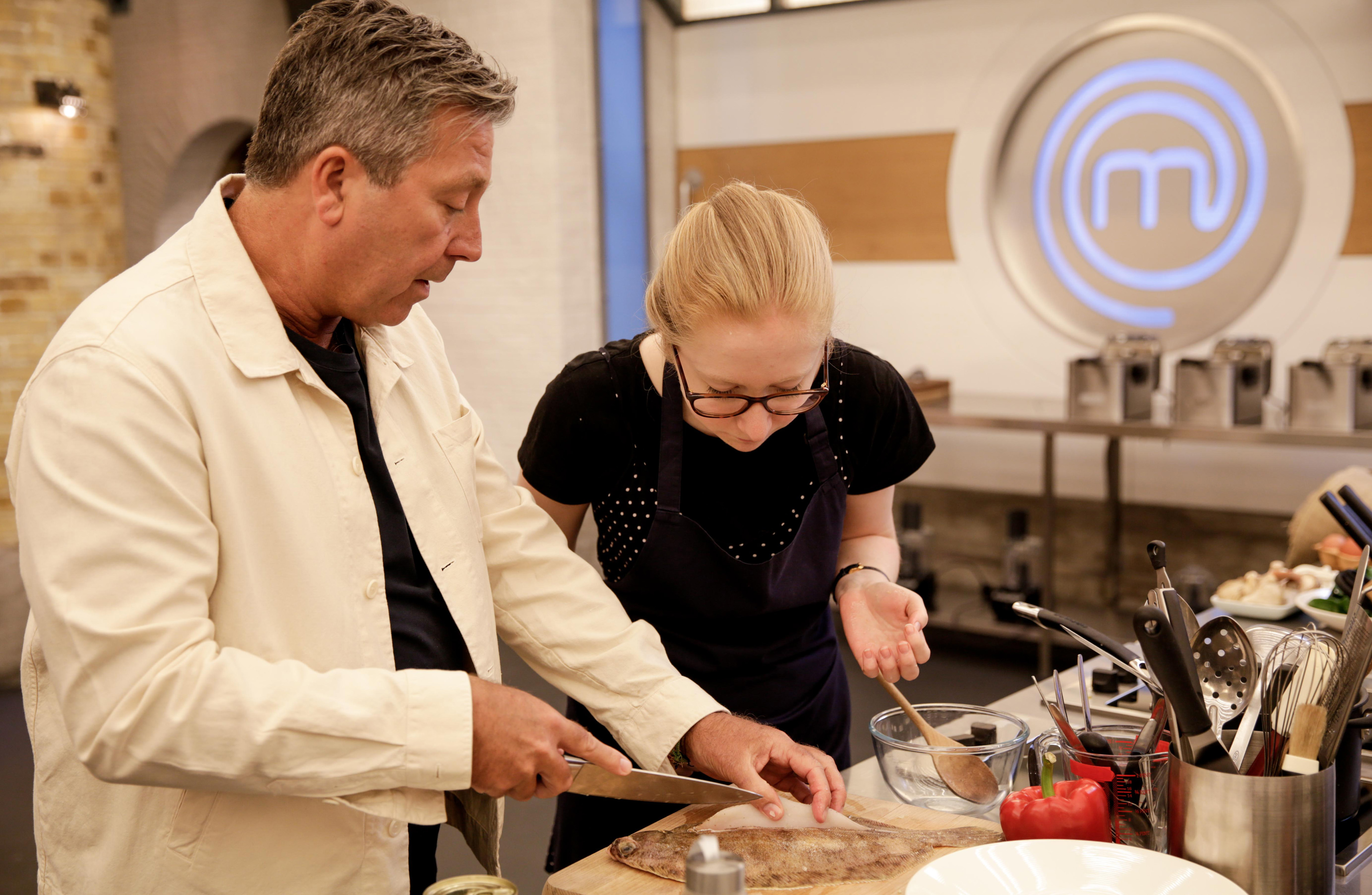 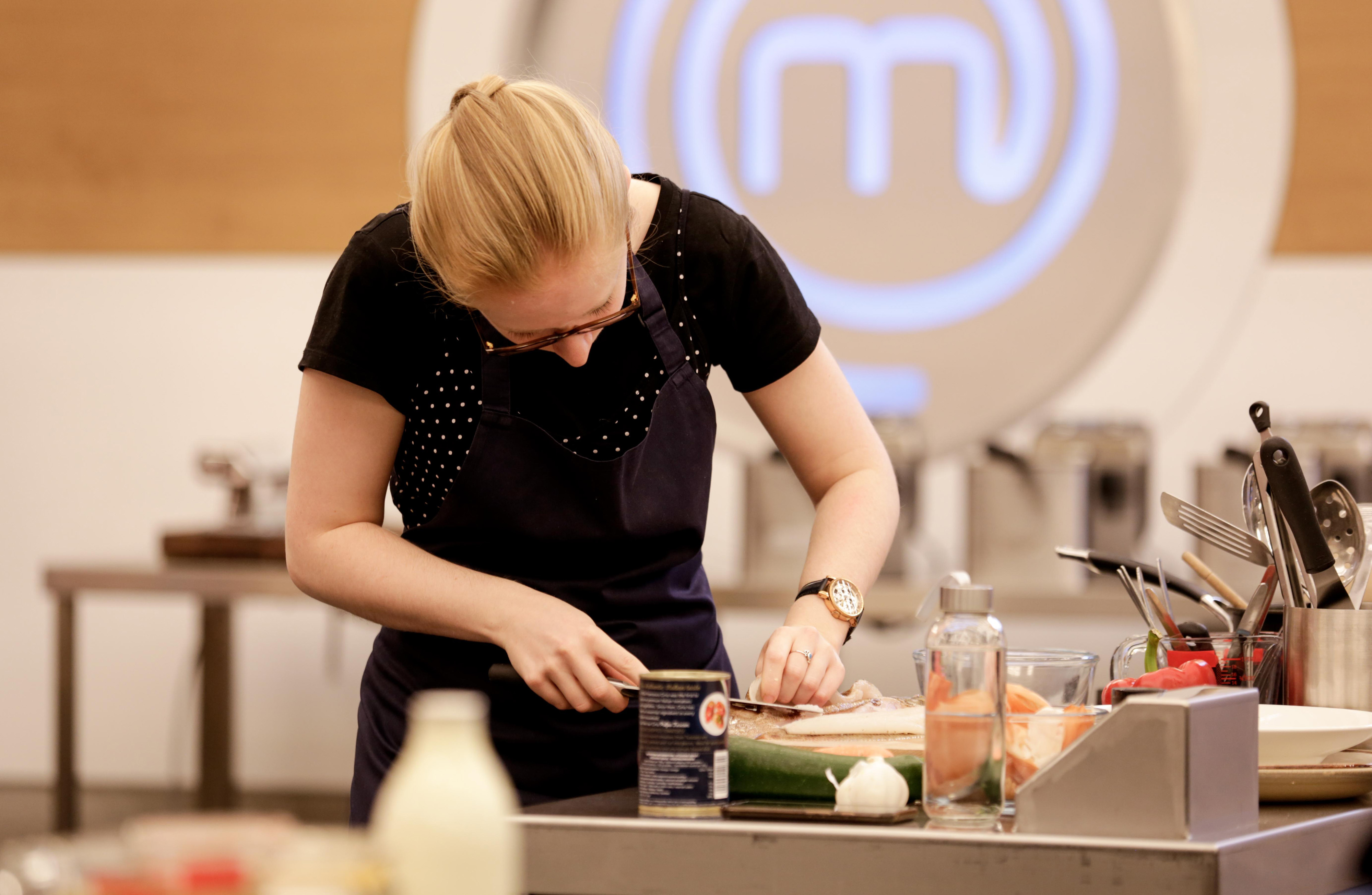 'I set about trying to hack my fish – and honestly I am not skilled at it.'

Mushrooms, Spinach and a whole flat fish. I don’t know how to fillet fish so I stared at it in disbelief.

First thing first – what was I going to cook. I’m a fan of stew and cook it a lot so that’s what the judges were being given.

I headed over to the larder and collected some tinned tomatoes, an onion and some peppers.

'I set about trying to hack my fish – and honestly I am not skilled at filleting.'

Once back I set about chopping them and frying the ingredients and then turned my attention to the fish.

And I stared at it. I had no idea how to deal with it.

The photographer with me shot me a wry smile and then offered a bit of advice – cut down the spine.

So I set about trying to hack my fish – and honestly I am not skilled at filleting.

Thankfully I got interrupted in my mangling of the fish by JOHN TORODE who artfully showed me how to cut in all the right places and produced a perfect cut. 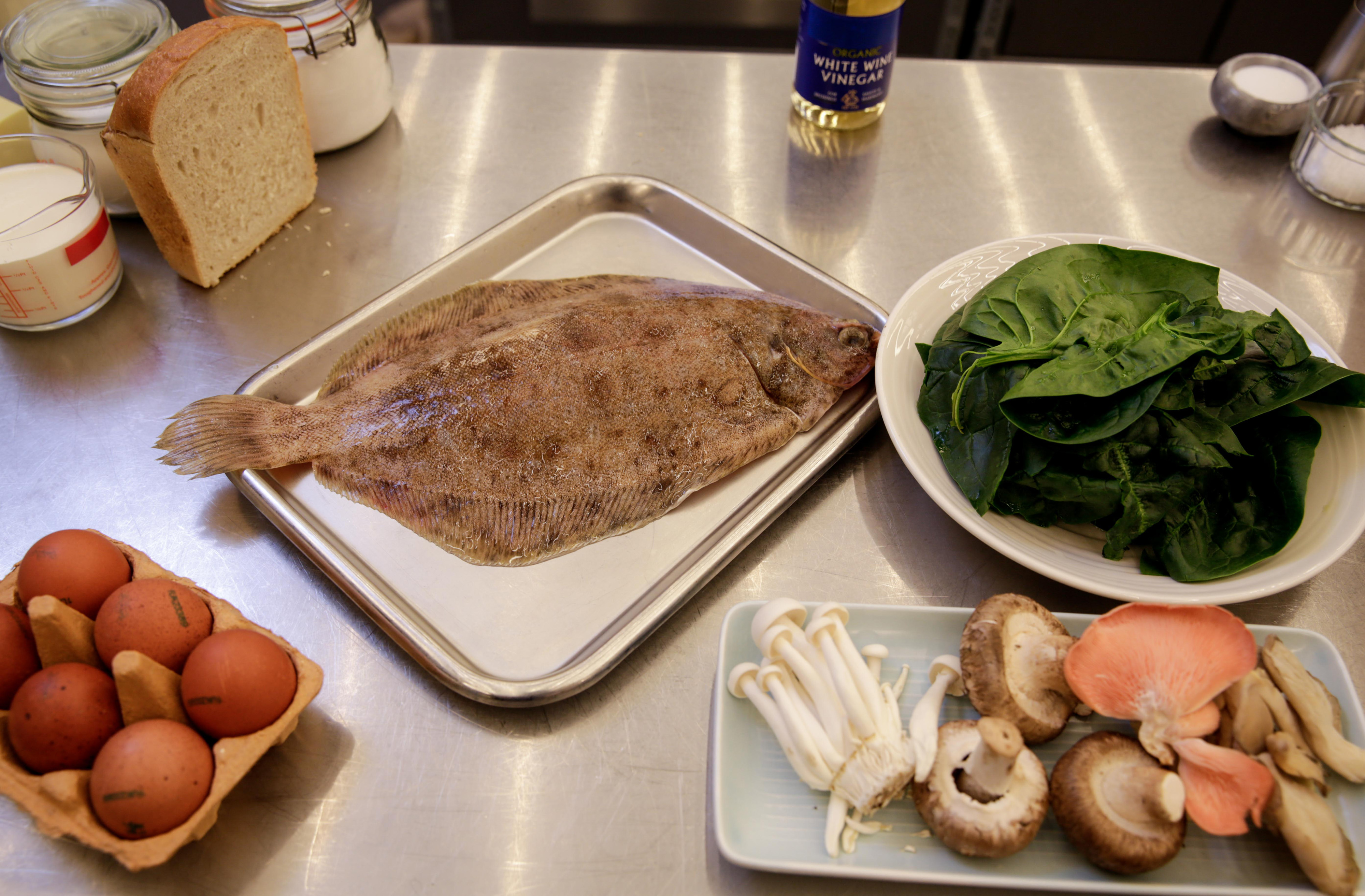 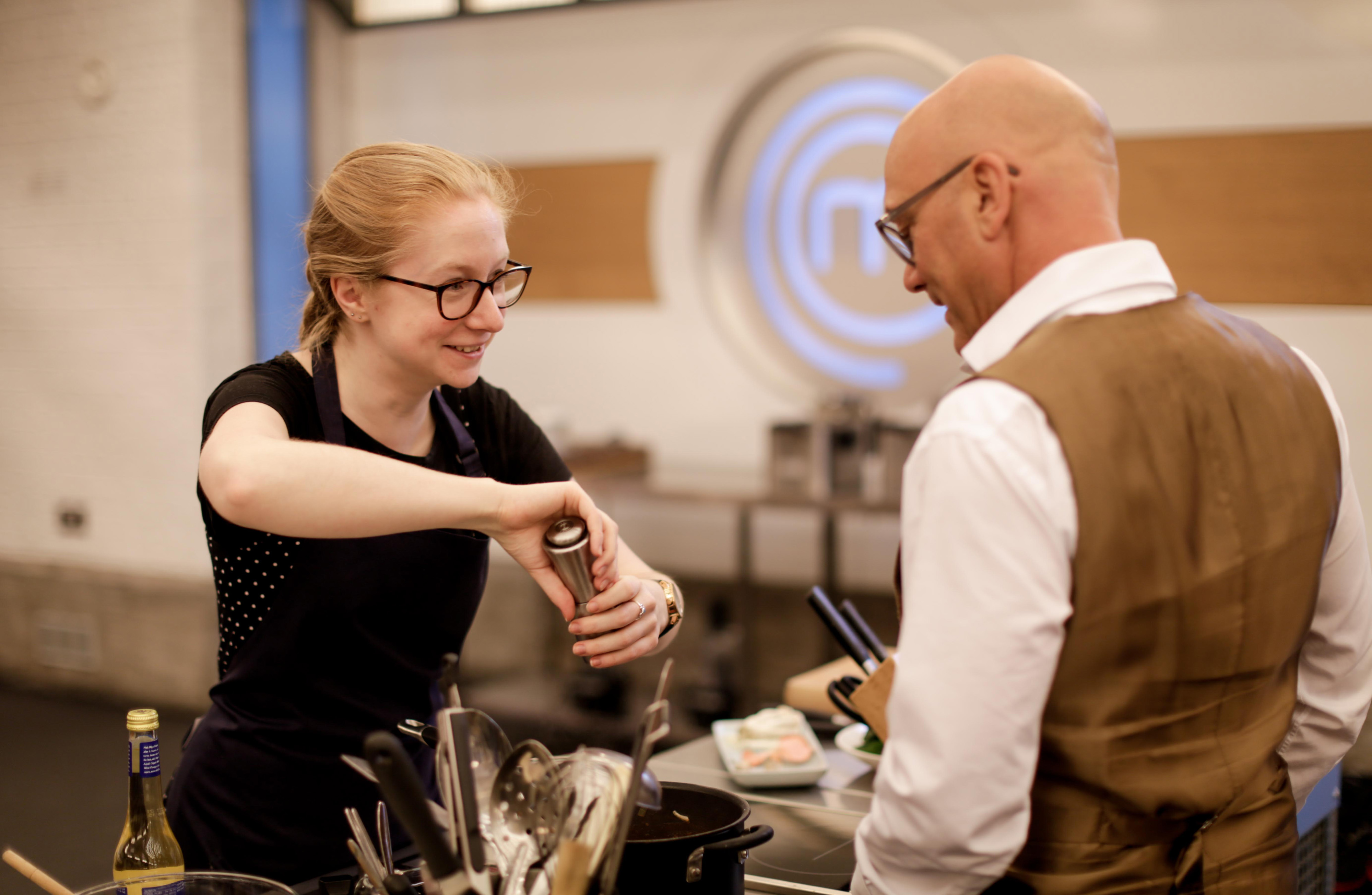 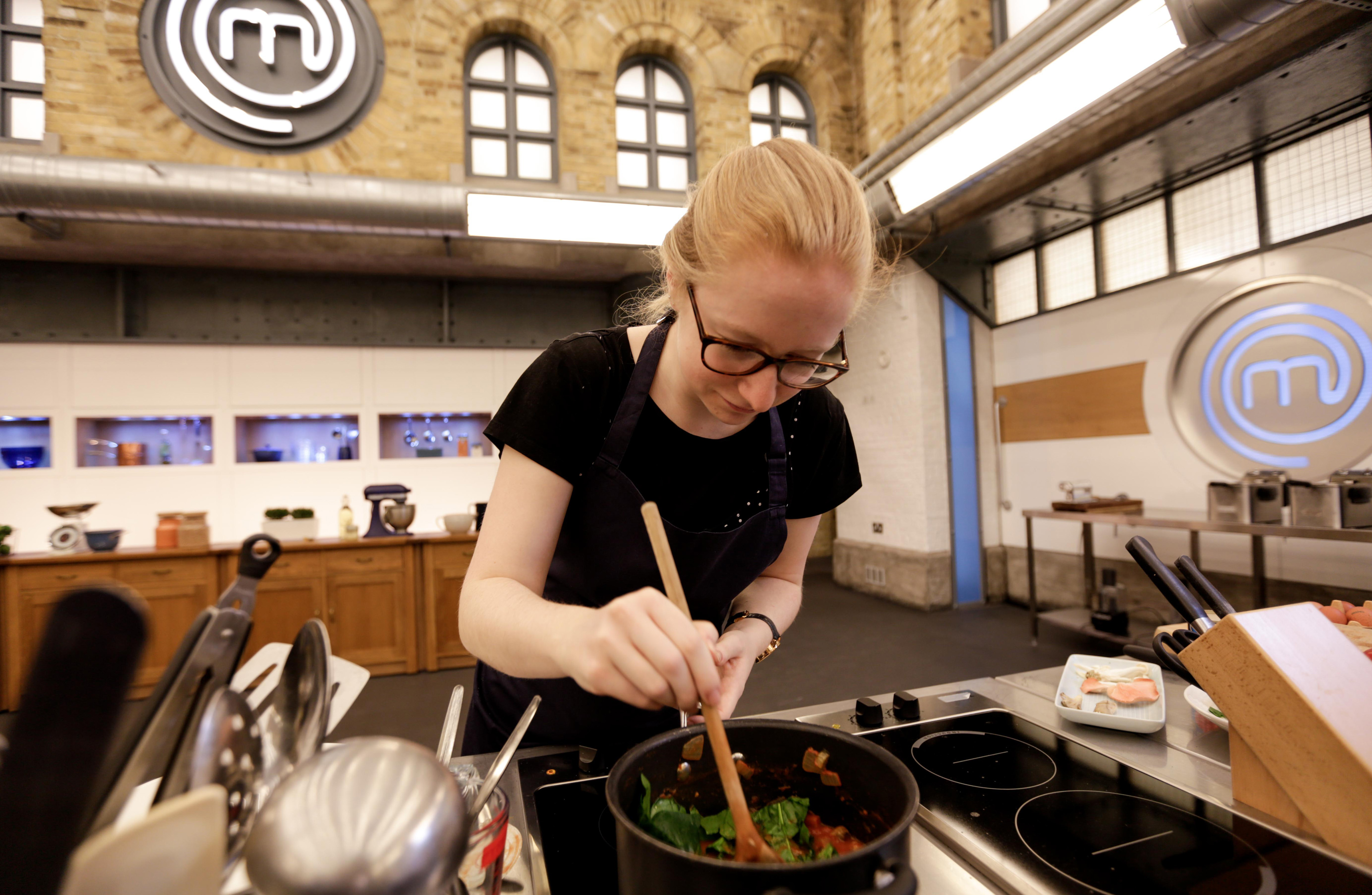 So armed with my new knowledge I set about sorting the other side – it was not as neat as John’s.

That sorted, I diced up my fish and debated about adding it to the pot when GREGG WALLACE appeared and asked me what I was making.

His response to stew was “a big pot of wet things then”. Yep – exactly I replied as I chucked the mushrooms and spinach into the pot.

With just five minutes to go I tasted my dish. Not great. With not long to rescue it I chucked some chilli flakes in and hoped it would make it taste better.

I plated up and decorated with some mushrooms and finely sliced spinach and held my breath as I take it up to be judged.

John asks: “Why is their skin on your fish? It should be taken off.” 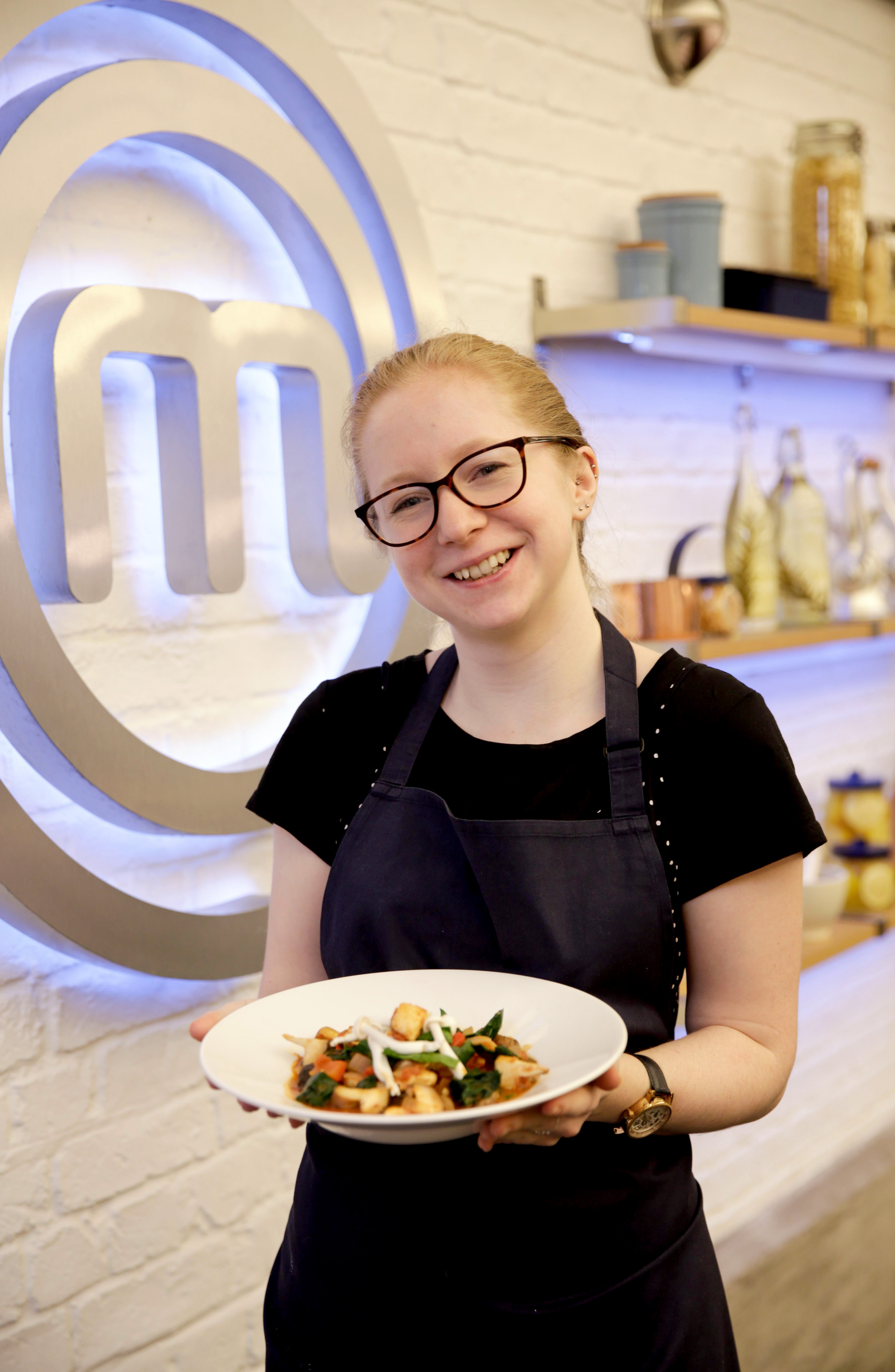 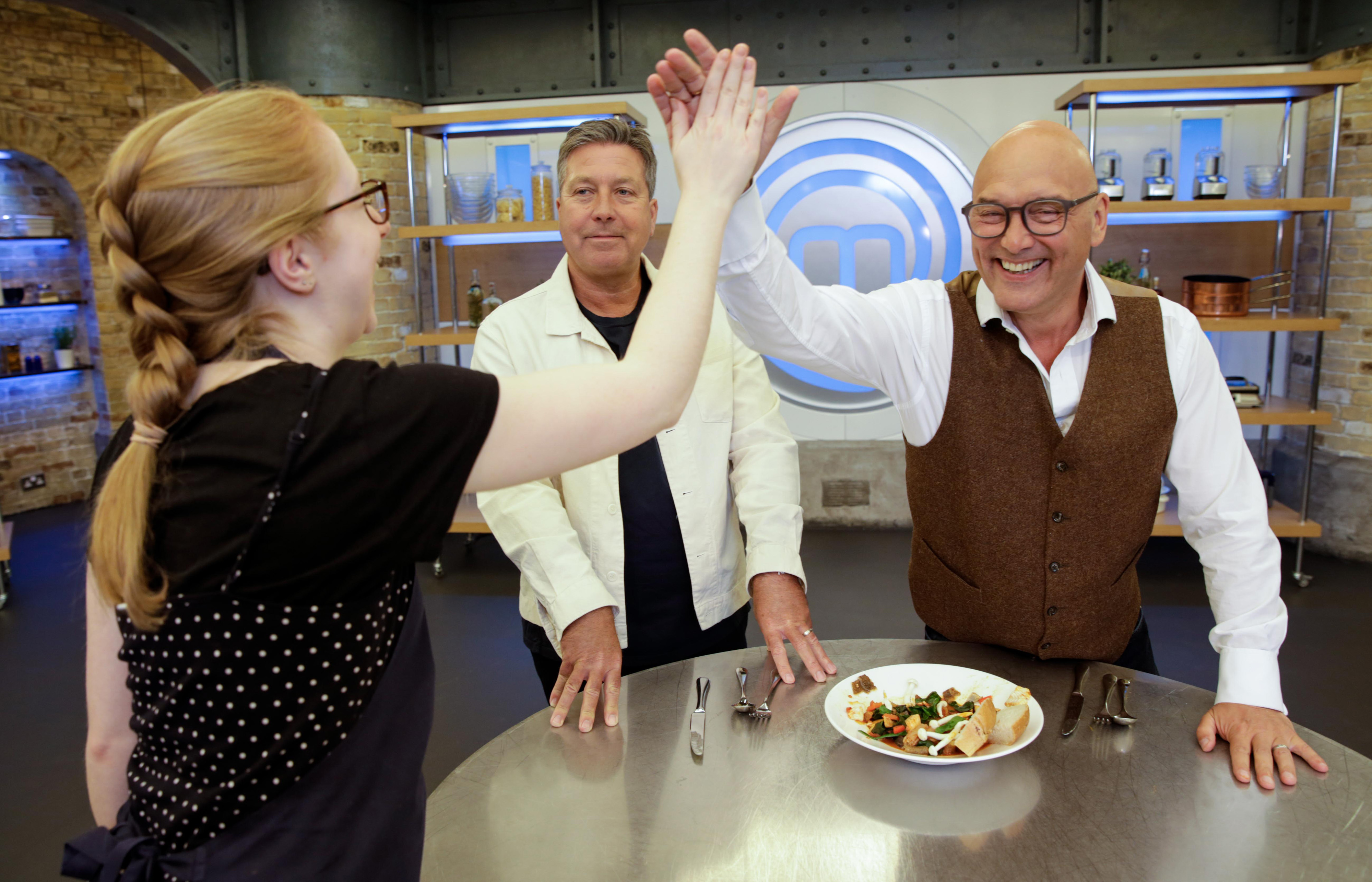 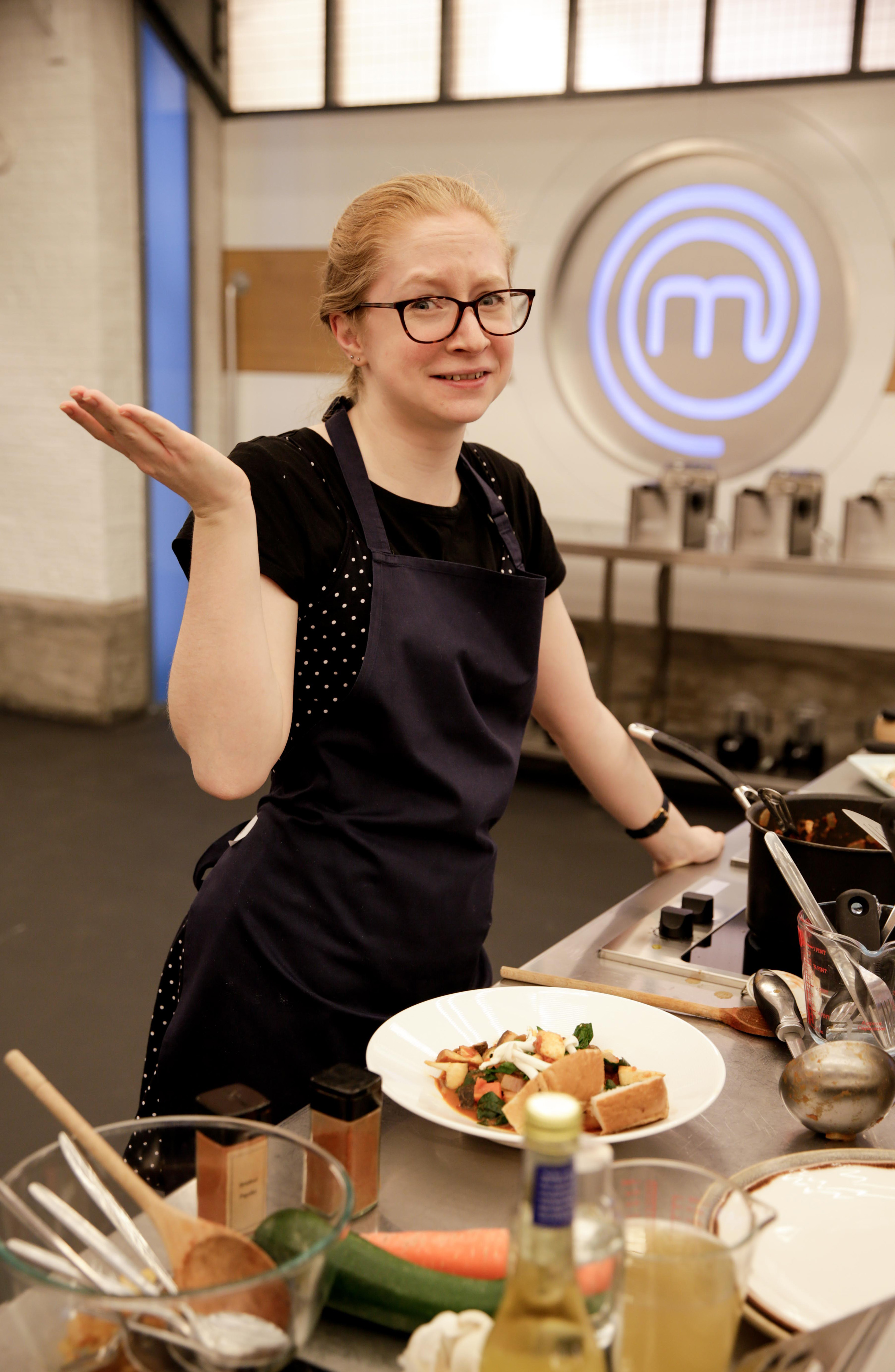 I replied I didn’t know how to get it off and Gregg just pulled it and it pinged away from the fish.

But then I got the feedback I really wanted, “You’re fish is perfectly cooked. You put it in at the right time,” Gregg told me.

Excellent. This is something I can boast to my friends about. But my glee is short lived.

“You should cook your spices at the beginning as the chilli is raw and over powering,” John critiques.

Fair point I conceded but that’s not it for my grilling.

“We get two types of contestants who choose to do stew. Some because they actually know how to cook it and some because it’s easy to put everything in a pot. I’m going to give you the benefit of the doubt,” Gregg tells me.

I’m not sure why I made a stew – probably for ease if I’m honest.

The judges finished their comments with a “not a bad dish” which I’ll take and Gregg even gives me a high five.

Not bad work for someone who is a cook out of necessity rather than love.